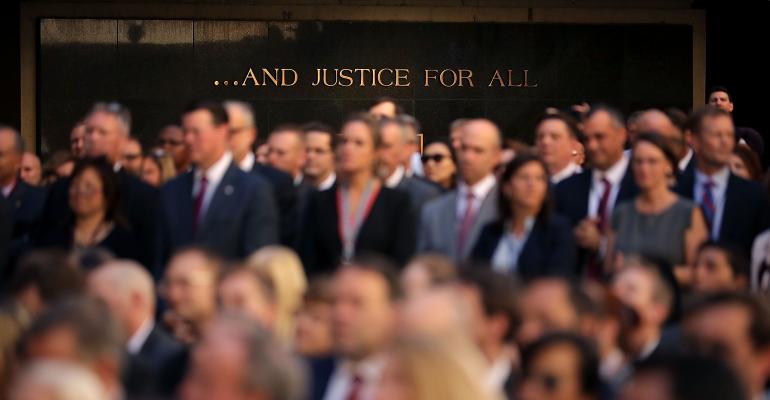 They may not think of themselves as wealthy, but government employees can often approach their financial planning as if they are, thanks to an attractive collection of benefits.

Ask the average financial advisor what their ideal client looks like, and chances are they will not mention federal government workers. Maybe they should.

Indeed, while private-sector employees might earn higher incomes on average, you would be hard-pressed to find a group of workers with a more attractive overall benefits package — which presents both great opportunities but potentially an equal number of challenges. Let’s get into it:

The most significant benefit of being a government worker is the Federal Employees’ Retirement System (FERS), the highlight of which is perhaps the Thrift Savings Plan (TSP). The TSP is like a 401(k), except that it is more generous.

The federal government not only makes a contribution equal to 1% of every federal employee’s salary but also matches dollar for dollar the first 3% of each employee contribution and provides 50 cents on the dollar for the next 2%. This is, in essence, a 5% employer match, something that few private companies offer.

Meanwhile, other benefits include health insurance coverage for life, an annuity and, like most everyone else, Social Security. Taken together, it’s difficult to think of a group of workers that have such a strong benefits package.

Even so, most tend to have relatively modest goals because they don’t think of themselves as wealthy. But even if they are not nominally millionaires, government employees can often approach their financial planning as if they are, thanks to this attractive collection of benefits.

That vacation home, boat or country club membership they believe is out of reach could actually be well within their grasp, and you could help them come to that realization. It’s rare to encounter a client niche that doesn’t spend enough, but this may be it.

One hurdle involved with working with government employees is that as generous as the TSP is, the investment options are somewhat narrow, limited to five inflation or index-based individual funds and 10 lifecycle funds (L Funds).

Helping a government worker client maximize these options — which include U.S. Treasurys and corporate bonds, domestic large- cap and small-cap stocks, as well as some internationals — can be difficult.

The more significant issue, however, is navigating what can be a complex maze of tax traps. Because government worker benefits are so generous, they can be a double-edged sword, sometimes creating challenges, particularly for dual-income households nearing or already at the age in which they must begin to take RMDs.

Exasperating matters is that many civilian federal workers previously served in the armed forces, which means on top of Social Security, TSP distributions and an annuity, they need to also factor in a military pension.

On a very high level, the easiest step is for them to put off Social Security, only a portion of which is taxable, for as long as possible, while dipping into their TSP at 59½ to reduce the amount they will have to withdrawal as an RMD.

After they hit the RMD threshold, they can further offset tax obligations by making qualified charitable distributions. When executed carefully enough, this strategy may push them close to the next tax bracket but not into it.

No one wants to pay more taxes in retirement than they do while working, but this is a reality that some within this group face. This is where you could step in to provide immense value for someone like this just by offering a few financial planning best practices because too many federal government employees ignore these issues until it’s too late.

The irony is that just as many advisors don’t immediately think about government employees when they are looking to build or expand their practice, those very same workers frequently don’t believe they need to work with a financial advisor. In their mind, that’s something only wealthy people do.

But thanks to many of the generous benefits and challenges described above, government workers typically have unique financial planning needs, just like any other high earner. The responsibility, therefore, falls on advisors to reach out and initiate conversations with them.

It could be the start of a great new client segment, filled both with rewarding professional relationships and, given the close-knit social circles that many government employees keep with one another, a virtuous cycle of referrals.