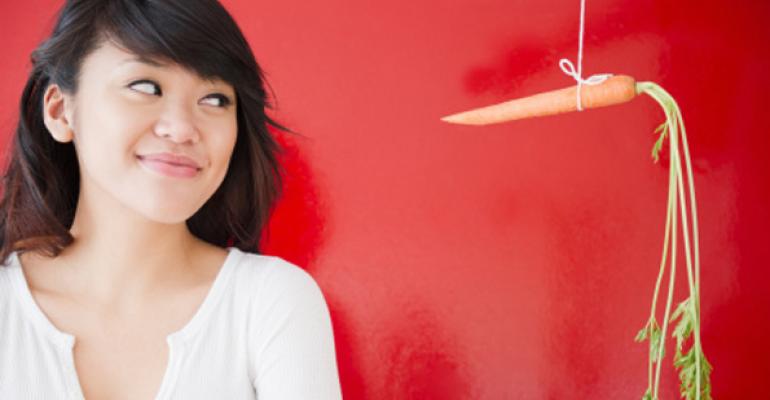 The financial advisory industry is struggling with a shortage of talent, thanks in part to a post-recession reputation challenge and a sometimes closed, largely male, culture.

Opening up employment opportunities to women advisors would seem to be a natural solution. “Women haves historically been fee-based and relationship-oriented in their businesses.  While these types of businesses take longer to build, we know they are the key to this industry’s future,” says Barbara Herman, Senior VP of Chester, N.J.-based recruiters Diamond Consultants.

Estimates vary widely, but the Dept. of Labor says that 31% of the nation’s financial advisors are female, and that number has not changed much in the past ten years. While nearly all B/Ds have ongoing diversity hiring initiatives, there is room for improvement when it comes to courting and retaining talented female advisors.

From 1994-1998, S. Katherine (Kate) Campbell was the CFO and president of Protected Investors of America, Inc., a San Francisco-based independent B/D.  “Our CEO, who was male, made a deliberate effort to aggressively recruit female FAs,” she recalls. “He felt that, on the whole, women had a better understanding of building rapport, which we believed was the first step in gaining and keeping clients.  Male FAs were more likely to get in their own way by trying to flaunt their expertise.”

In 1999, Campbell became the firm’s CEO.  When she left a few years later, she says, half of its 60 FAs were women, as were most of its top advisors.

Both Herman and Campbell agree it is critical to recognize not all women are the same and its best to avoid generalities. But after talking to hundreds of female FAs over the years, they have each identified a number of attributes that branch office managers looking to hire or retain females might do well to consider:

MALE FAs ARE TYPICALLY MORE EAGER TO MEET WITH RECRUITERS:

“They’re much more interested in learning what their options are at other firms—even if they’re happy where they are,” Herman says.  “They’re more likely to respond to our calls, meet with us, and keep in touch.  We feel it’s because women are the ultimate multi-taskers.  They’re balancing a lot of competing priorities, and their businesses tend to be more high-touch and labor-intensive.  They need more persuasion to sit down with a recruiter or office manager—even for a relatively brief meeting—unless they’re extremely unhappy.”

When meeting with prospects, Herman suggests office managers “be as specific as possible” about how they can help them grow their businesses, regardless of gender.  “You can’t imagine how many reps return to us after speaking with office managers saying they still don’t see how a move would benefit them.  It’s not enough to simply say, ‘We’re a great firm,’ or ‘We can offer you X amount of money’.  Acquire a solid understanding of a rep’s business before meeting with him or her, so that you can say, ‘We can help you grow your business—and here’s how.”

FEMALE FAs ARE LESS LIKELY TO ASK FOR HELP:

Campbell says many women she recruited over the years complained of a lack of financial planning education at their previous firms.  “Both men and woman want [continuing] education,” adds Herman, “but women are more conservative about vocalizing problems.  They very much want mentoring from their managers, but are less likely than men to ask.”

Managers may remedy this by regularly approaching all advisors about their concerns, goals and needs, she says.  “If female advisors aren’t asking for help, it’s especially important to reach out to them and ask how things are going women tend to function more independently in this business, especially if they don’t feel part of the overall office culture.  Creating a sense of community within your branch where people openly communicate is extremely important.”

WOMEN TEND TO BE MORE RESERVED ABOUT THEIR ACCOMPLISHMENTS:

In the recruiting process, male advisors are typically much quicker than females to reel off their accomplishments, says Herman. “Again, it may just be a cultural difference—more a function of who they are than what they’ve done.  But we recommend office managers actively ask female prospects about their accomplishments and accolades.  It gives you more insight into what they have to offer.  And, it lets them know you really appreciate what they’ve done.  That can create a better relationship.”

Women in the industry earn about 61.3% of what their male counterparts do, according to the Bureau of Labor Statistics.  This is down from an all-time high of 75% in 2009, according to a recent NerdWallet study.

Nevertheless, says Campbell, “from what I’ve seen, women FAs tend to be less motivated by money.  It may be that theirs is a second household income, or that they’re used to being underpaid.  I’ve found they also tend to be more loyal to their current firms, because they appreciate having been given a chance in such a male-dominated industry—even if they’re not entirely happy, or aren’t offered the same money as men.”

What does motivate women most?   There’s no universal answer, so Campbell suggests ‘actively listening’ to individual female FAs to find out.   “You can say, ‘Tell me what you need,’ but that puts the onus on the woman.  I personally think it’s better if you take the initiative, saying things like ‘If you need help, here are some of the things we can specifically provide.  If you need a certain degree of flexibility with your schedule, this is what we can do.  If you need more support, we can offer you X, Y and Z.’”

AS NATURAL ‘EMPATHIZERS’ AND RELATIONSHIP-BUILDERS, WOMEN ARE ENORMOUSLY WELL-SUITED TO THE JOB:

Campbell feels that first and foremost clients want empathy from their financial advisor.  “That’s where women tend to naturally excel. Male advisors often take a competitive stance with new clients and prospects, touting their financial acumen, preening in front of them.   It’s probably just a cultural thing. But, I see it all the time,” she says. “And I think it gives female FAs an advantage.”

She cites a recent example. “A young man came to us after his brother unexpectedly passed away, leaving him the sole beneficiary of his late parents’ multi-million-dollar estate.   When we first with him, we had no intention of discussing assets or investments.  This guy didn’t want his inheritance—he wanted his brother back. So, we worked with him from that standpoint, trying to empathize with his loss, pain and anxiety. Things naturally evolved from there.  But, first, he wanted to know that we understood him.”