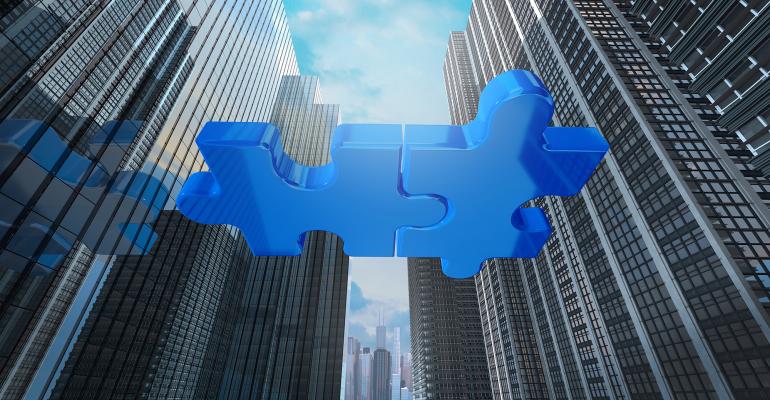 What Does CoStar’s Purchase of Ten-X Say about the Firm’s Ambitions in the Proptech Sector?

The company is the “800-pound gorilla” in the room. But it may soon be facing tougher competition.

Venture capitalist Ryan Freedman views CoStar Group Inc. as the “800-pound gorilla” in the proptech sector. Many proptech startups aspire to be “the CoStar of something,” he says, just as a lot of startups aim to be the “Uber of something.”

As general partner of Corigin Ventures, a New York City-based venture capital firm, Freedman invests in proptech startups. He and other executives in the industry don’t foresee CoStar being the dominant animal in the proptech jungle for too much longer, given the vast number of proptech companies and the impressive amount of capital flowing into the sector. In fact, Freedman anticipates some of today’s proptech startups progressing from acquisition targets to acquirers.

CRETech, which organizes proptech conferences and conducts proptech research, estimates this emerging sector comprises more than 7,000 venture-backed startups around the world that attracted over $25 billion in investments last year. Of those startups, Andy Florance, CoStar’s founder, president and CEO, estimates 1,000 are “really good.” And with CoStar eyeing billions of dollars in acquisitions over the next decade, the company will likely wind up owning some of those startups.

John Fagan, co-founder and CEO of Doorkee Inc., a New York City proptech startup that operates an apartment rental platform for landlords and tenants, predicts a wave of proptech M&A in the next couple of years. That should happen as proptech winners rise to the top and consolidation naturally takes its course, although Fagan says that “it won’t just be the same old players making the acquisitions.” Doorkee, which announced a $5.7 million funding round in June, is part of Corigin Ventures’ portfolio.

Still, there’s no doubt that Washington, D.C.-based CoStar—which built its reputation as a provider of commercial real estate data and analytics—will continue to be a pivotal player in proptech M&A, even though it’s bound to face tougher competition for deals. One of CoStar’s greatest strengths in this regard is money. As of March 30, the company reported cash and cash equivalents exceeding $1.9 billion. On top of that, CoStar recently raised $1.75 billion in equity, completed a $1 billion bond offering and amended its $750 million revolving credit facility.

CoStar’s most recent proptech acquisition was Irvine, Calif.-based Ten-X. In June, CoStar shelled out $190 million to buy Ten-X, which operates an online platform for property auctions. Ten-X joins a proptech family that includes brands such as CoStar, LoopNet, Apartments.com, ForRent.com, Lands of America and BizBuySell.

“They seem to prefer relying on the market to decide what’s next in terms of innovation, and then just paying a premium to acquire instead of investing as heavily in R&D,” he says.

Florance doesn’t shy away from CoStar’s growth ambitions as “the largest proptech company in the world by a wide margin.” He notes that CoStar, which posted revenue of $1.4 billion in 2019, has spent $1.2 billion on acquisitions in the past nine months or so and that about half its cash flow goes toward M&A. Florance envisions CoStar carrying out roughly $1 billion a year in acquisitions over the next 10 years.

“Even if we acquire a lot of companies, it’ll be a fraction of all the things going on [in proptech],” says Florance, adding that about 30 percent of CoStar’s growth comes through acquisitions.

CoStar doesn’t invest in pre-revenue companies, he says, with only about one of every 20 companies meeting its acquisition criteria. An ideal acquisition target is a business capable of growing to a “meaningful scale”—theoretically $100 million in revenue—and of generating enough cash flow to reinvest in that company’s offerings, he notes.

“I would guess that they will continue to think about what other submarkets make sense to penetrate from an adjacency standpoint—what are the build-versus-buy-versus-partner options to go after those submarkets?” says Huff, who tracks CoStar as a publicly-traded company. “CoStar has already started evolving and will continue to evolve into more of a platform, rather than a group of disparate products.”

The notion of developing end-to-end proptech platforms for segments of the commercial real industry—platforms that address myriad “pain points,” not just a handful—will help drive growth in the proptech sector, according to Freedman.

“We see it as a race to be the first one to [create] an end-to-end platform for specific industry verticals,” says Freedman, whose VC firm announced a new $36 million investment fund in April.

But in the quest to win that race, Fagan predicts CoStar’s model of securing proptech innovations mostly via acquisition will be flipped in the coming years.

“With proptech flush with capital, full of new ideas and a customer base finally forced to adopt innovation en masse to stay competitive, new players are going to emerge and grow so quickly that being acquired by these older parent companies will become considerably less attractive,” Fagan says. “This will force premiums to go up on buyouts or lead to new dominant players. I’m betting on the latter.”

This would hardly push CoStar to the sidelines of proptech M&A, of course. But those sidelines are growing more crowded.

“These companies have been highly acquisitive, scooping up smaller but proven businesses that can add accretive value to their portfolio before they can become real competitors,” Fagan says.

Waiting in the wings is Los Angeles-based PropTech Acquisition Corp., a “blank check” startup that wrapped up a $172.5 million IPO in November. Proceeds from the IPO have been earmarked for proptech acquisitions. And then you’ve got established companies like commercial real estate services provider Colliers International that are nurturing proptech startups.

In partnership with startup accelerator TechStars, Colliers has welcomed 19 startups to its proptech accelerator since it was launched in 2018. Two of those startups are Germany-based Basking, whose AI- and WiFi-enabled technology tracks occupancy and social distancing compliance in workplaces, and Toronto-based FastOffice, whose 3D software virtually re-creates the office walk-through experience for tenants. Colliers has added the tools from Basking and FastOffice to its pandemic-era toolbox.

The coronavirus pandemic, coupled with record-setting investments in the proptech sector in 2019, has accelerated proptech adoption from “nice to have” to “table stakes” in the span of four months, Fagan says.

“While our industry has traditionally been behind the times when it comes to tech adoption and innovation, the highly fragmented industry in which we operate has massive growth potential, giving proptech a bright future in the years to come,” says Zach Michaud, vice president of strategic investments at Colliers.

At least one other heavyweight in commercial real estate is waiting to see just how disruptive CoStar will be in the highly fragmented industry.

“From the earliest days of CoStar, what I’ve always told Andy is, ‘So long as you are a non-competitive utility for the industry, we are going to be fervent supporters,’” White said. “If you cross a line, either to go to non-utility pricing or be competitive, you need to know that the industry at some point will respond to that in one form or another. And I think with the recent purchase CoStar has made, it feels like we may be getting closer to that inflection point. Time will tell.”

“We’re not a commercial real estate company,” Florance says. “And honestly, I laugh when people think we want to be in brokerage. They don’t understand us at all.”

Instead, Florance likes to think of CoStar as a broad-based provider of “good technology solutions” for the commercial real estate industry. He characterizes the company as “a Bloomberg of commercial real estate,” referring to the New York City-based media, software and data giant in the financial sector.