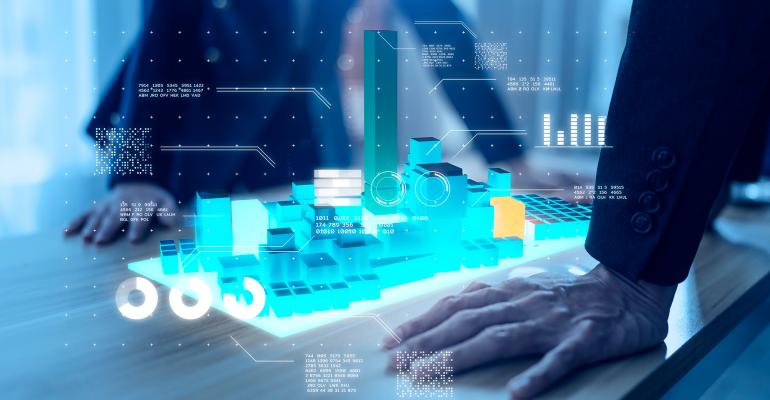 As the larger tech sector has experienced a valuation reset, venture capital investors in proptech are taking a much more careful stance, wanting to see a clear path to profits.

Venture capital investors in proptech are feeling pretty chill these days, assuming they haven’t lost much money when the tech sector experienced a valuation reset earlier this year. The fear of missing out—FOMO—that fueled VC investment in proptech over the past several years has largely disappeared, experts note. That lack of urgency means the volume of capital flowing into proptech has decreased substantially, and the number of startups receiving funding has also decreased.

“There’s been this feeling of FOMO among proptech investors that if I don’t invest now, [the startup] is going to find another VC, and I’m going to lose the deal’,” says Adam Demuyakor, founder and managing partner of Los Angeles-based Wilshire Lane Capital. “But now investors are thinking, ‘If some of the best startups are slashing their valuations that much, and their investors are licking their wounds, was there really a need for that FOMO? Am I actually losing that much by waiting and being patient?’”

Wilshire Lane Capital is currently raising a fund with a target of more than $100 million to invest in early stage proptech strategy. The firm recently led the $13-million Series A funding for Piñata, which offers a rewards and credit building membership program for renters, and $9-million seed round for Awning, an acquisitions platform for rental homes.

Even though proptech investors are taking a “pause” right this moment, they remain optimistic about the opportunities the sector offers, according to Demuyakor. When the current environment passes and the VCs will come back to proptech, the startups that were able to make it though this period will be rewarded, he says.

Related: Why Multifamily Investor Fairstead Is Betting on Proptech and ESG

Last year, VC firms invested $32 billion in proptech companies across the globe, similar to pre-pandemic annual volume and an increase of 28 percent over 2020, according to The Center for Real Estate Technology & Innovation (CRETI). Nearly half of the funding went to residential tech companies, while commercial real estate received 7.6 percent of total funding.

Throughout 2021, the proptech funding market gained momentum and VC investments shifted from early-stage to mid- and late-stage companies. That momentum continued into early 2022, with VC investment in private proptech companies totaling $13.1 billion during the first half of the year, according to CRETI.

Though VC proptech funding increased by 5.65 percent during the first half of the year compared to the same period in 2021, investment activity decreased as the year progressed. From the first to the second quarter of 2022, funding dropped 23 percent, according to CRETI.

“The current climate has certainly dampened the collective ‘mood’,” notes Kitty Sullivan, investment principal with JLL Spark Global Ventures, the corporate venture arm of JLL. “The general sentiment is that near-term market conditions will be choppy.”

Last month, JLL Spark marked the fourth anniversary of the launch of its global proptech fund. Since June 2018, the firm has invested more than $340 million across more than 40 proptech startups in construction tech, ESG, fintech, smart buildings and the future of work. According to PitchBook, JLL Spark was an investor in this year’s second largest deal to date: the $170 million Series B round for Lev, a commercial real estate lending startup.

According to Sullivan, the firm continues to invest in new proptech because venture investing is a “long-term game.”

“Most investors appreciate the fact that the economy doesn’t always trend up and to the right. Recessions are a part of the lifecycle. Like driving in inclement weather, you adjust based on conditions. We don’t only drive when it’s sunny.”

MetaProp’s 2021 Year-End Global PropTech Confidence Index found that 71 percent of investors planned to increase their investment in proptech companies in 2022, pushing the Investor Confidence Index to 9.3 out of 10, which ties with the highest Investor Confidence Index to date, which was at year-end 2020. The Index also reported that 85 percent of investors, an all-time high, said the proptech companies in their portfolio were performing above or meeting expectations in terms of customer growth.

However, as most VCs have been forced to mark down their holdings by as much as 60 percent over the last few months, many firms have stopped investing altogether, given the increased economic uncertainty.

“Anecdotally, we have heard of few instances of startups having their term sheets pulled at the last minute, and VCs backing away in general,” says Aki Karja, director of proptech at Fairstead Ventures, the newly created VC arm of affordable housing investor Fairstead.

Startup founders are facing a very different funding environment than they’ve experienced over the past several years, agrees Demuyakor. “From 2018 to 2021, founders felt they could always raise more capital, at any time,” he notes. “They were saying no to some investors who wanted to invest. But the light has come on at the end of the party.”

The founders who participated in MetaProp’s 2021 Year-End Global PropTech Startup Confidence Index must’ve already sensed a shift: the Index dropped to 7.4 out of 10, receding from 8.3. Even more notable, nearly three out of four startup founders predicted that it would be harder, or at the same level of difficulty, to raise capital.

“In more buoyant years, there’s less scrutiny on startups,” says Aaron Ru, principal at RET Ventures. The Park City, Utah-based VC firm recently led a $12 million Series A financing round for Stake, a proptech company that allows renters to earn cash back when they take positive actions, like signing a lease and paying rent. Owners save money with every renter action.

Today’s proptech investors are increasingly interested in startups that are conservative with their cash, particularly since the prospect for future equity raises is questionable. Investors are asking questions such as: what’s your burn rate? how much runway do you have before you’re broke?

“We didn’t hear those questions much in the past few years, but in this type of funding environment, companies that are reckless with their money will have to pull back and may lose market share, or they may even die outright,” Demuyakor says.

Demuyakor likens the current funding environment to a car race: if it’s just a straightaway, there’s a chance the best driver won’t win, but if it’s a winding road, there’s a greater chance the more skillful driver will win.

“Moving from a straightaway to a winding road requires more skill, and some founders are built for these moments,” Demuyakor notes. “They’re the ones who are going to survive and then thrive.”