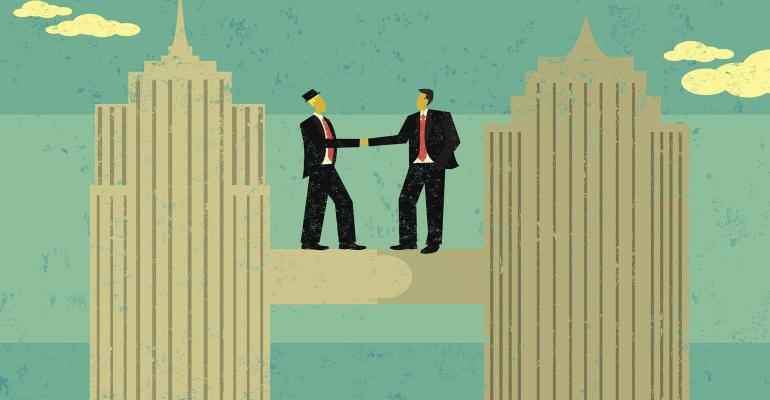 Investor interest in commercial real estate technology is growing, according to new research—as is new funding into the space.

The Mid-Year 2018 Global PropTech Confidence Index from MetaProp, an investment advisory business that focuses on early-stage real estate technology, is now at 8.7 out of 10, which is up from 8.0 at the end of 2017. Ninety-six percent of investors plan to make the same or more proptech investments over the next 12 months; this is up 76 percent from the year before.

High expectations for M&A activity, strong company performance and increased funding and deal flow are bolstering investor confidence in the space, according to the report. Seventy-five percent of investors surveyed by MetaProp think that there will be more acquisitions in the industry over the next 12 months. Just 14 percent see fewer acquisitions over the same period.

The growth in confidence coincides with a growth in funding in the sector. In 2017, $12.6 billion in funding went into proptech start-ups, an increase from $4.2 billion the year before that, according to MetaProp.

RE:Tech, a firm that researches and educates on venture capital’s impact on real estate technology, found that approximately $660 million in venture capital funding went into the space in July, a slight bump from just under $654 million in June.

Real estate had been considered a slow entrant into the technology start-up space. That has changed, Block says, and the demand for such technology and investments is only going to continue as more companies develop and create technology-driven businesses. “You’re already hearing the smartest real estate CEOs say that they’re a customer-driven tech business that happens to do real estate. That’s a real change as opposed to ‘we own and operate real estate assets,’” Block says.

There recently have been more real estate corporations getting involved in real estate-related technology. In June, JLL created a $100 million fund, called the JLL Spark Global Venture Fund, aimed at technology investment. Meanwhile, Colliers International in January partnered with Techstars to launch the Colliers Proptech Accelerator, which identifies and mentors real estate tech start-ups. Brookfield Asset Management in April also announced it will invest $200 million to $300 million over the next few years into technology related to several of its business lines, including real estate, the Wall Street Journal reported.

Within the real estate technology field, the hottest sub-sector among investors today seem to be smart buildings. MetaProp’s report found that 40 percent of investors are most interested in smart building technology, with 18 percent—the second-highest category—interested in architecture, engineering and construction. “There’s a huge demand for our properties in real estate to be more transparent,” Block says.

While there may be more money raised overall for real estate technology start-ups, the number of start-ups receiving the funds appears to be diminishing, says Ashkán Zandieh, founder of RE:Tech. RE:Tech in July found that 34 companies received funding, a drop from 35 in June.

There seems to be more momentum behind later stage financing of start-ups. For example, co-working company WeWork Co. recently received another $1 billion in the form of a convertible note from Japanese conglomerate SoftBank Group Corp. Should WeWork go public, this loan will convert to equity. “Everyone’s betting big on the more established companies now,” Zandieh says.

In the U.S., this can be attributed to the fact that there already are start-ups in the space, and they have limited exit strategies—a merger or acquisition or an IPO, Zandieh says. “With a handful of M&A activity in this sector, IPO isn’t imminent for them,” he says.

It also takes a lot of capital to operate a real estate company. Newer entrants may not have strong balance sheets early on, Zandieh notes.

There also seems to be more robust activity in Asia and Europe. Start-ups in these markets have been operating more like traditional businesses, not relying as heavily on venture capital money to back their companies, Zandieh says. This makes the path to revenue more immediate than for domestic companies, he says.

“It’s really location, location, location when it comes to this sector, but the reality is there are other markets [that] are better positioned for growth,” Zandieh says. For example, the large funding deals with Compass and WeWork were led by Asian investors, he notes. “That’s a huge trend to watch out for,” he says.