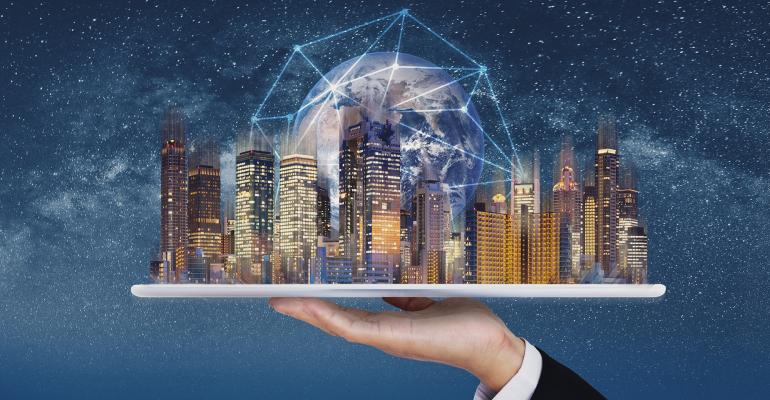 Earlier this year, I was among representatives from IREM headed for the National Association of Realtors’ 2022 Eastern European Real Estate Summit in Bucharest. The event was attended by real estate professionals from countries that brought into stark relief the industry need to travel and how much we can help.

In July, we discussed the difference in property management globally. But witnessing firsthand the conditions that challenge its growth is a game-changing event.

Earlier this year, I was among representatives from IREM headed for the National Association of Realtors’ 2022 Eastern European Real Estate Summit in Bucharest. The event was attended by real estate professionals from, among other places, Ukraine, and the war-torn conditions there brought into stark relief the path the population and the industry need to travel once the war is over.

We will explore conditions in Ukraine shortly. Meanwhile, remember the name Arthur Ohanesyan, CPM. Arthur, based in Kyiv, initially postponed his interview for this column (we eventually connected) due to a power loss in his house. The outage was caused by the previous night’s rocket attacks. Ever the gentleman, he apologized for the delay.

South Africa’s road from Apartheid still presents many challenges and it remains a nation of contrasts. From a real estate perspective, I saw malls in Johannesburg and Sandton that would rival any in the U.S. Yet, in the neighboring city of Soweto stand tin huts, home to refugees who escaped the unlivable conditions of neighboring countries outside of South Africa. The huts offer no heat for winter, no cooling for summer. Nelson Mandela’s home is in Soweto. So is Desmond Tutu’s, neither of which had electricity until the end of Apartheid.

We saw office buildings in Johannesburg fully lit at night, but daylight revealed they were fully empty, with no financial resources to fill them. Faced with a 40 percent unemployment rate, South Africa has Black college graduates who cannot find work, while U.S. real estate companies are struggling to find workers. Think of our old Rust Belt cities before the days of their revitalization, and you start to picture much of South Africa.

We met with company leaders whose firms represent portfolios in the tens of thousands. And yet they do not know exactly how many properties they have nor how to improve their condition.

In contrast to these issues, which is largely the overhang from Apartheid, is the resilience of spirit we encountered throughout our meetings. These are people yearning for opportunities, and they see property management as one of those opportunities.

Much credit here goes to Saul Gumede, CPM, of Dijalo Asset Management, and Sam “Prof” Azasu, PhD., formerly of Witswatersrand (Wits) University (Sam now resides in Spain). They established IREM’s first South African chapter (IREM S.A. Gauteng in Johannesburg) and created a property management educational track at Wits University. Today, I’m proud to say we have 55 CPMs and 92 members in the chapter, and we swore in 22 CPMs during our visit in September.

Their advancement, despite the crushing poverty, was made possible by industry leaders who believe in the vision and are stepping up to support their progress. Now, we’re looking to build chapters elsewhere in the country. Driving that goal is hope, the belief, that South Africa has a population of people who will not quit, who can see their way to greater opportunity. And clearly, we believe IREM can be one avenue to that opportunity.

We spoke of the resilience of the South African people. In a sense, the people of Ukraine–as we saw firsthand during our Bucharest sojourn–are traveling a longer path, given the setback of the war with Russia. Ukrainians we spoke with describe their days as dotted by shelling every morning at 2:00 a.m. and 4:00 a.m. Then they try to go about their lives, until the shelling starts again at 2:00 a.m. the following morning. But Arthur Ohanesyan, from Kyiv wanted to make three points clear for the American audience:

Arthur states: “To defeat a country with such huge resources, the unity of the world is necessary, as is the awareness of the ongoing tragedy. Yes, we need modern weapons, financial support, and powerful sanctions. But we must rely most of all on our spirit and resilience.”

“After the war is over,” Arthur says, “we will implement the best of world practices, study in depth what allows democratic countries to achieve success. We will look to the positive experience of South Africa and to the productive examples of our European neighbors. But personally, I believe that the highest business standards in the world today are set in the United States. Therefore, I urge my colleagues to learn first of all from you.”

Finally, he turns his attention to the growth of the real estate market after the war ends.

“Real estate performs best in countries where this profession is regulated separately at the legislative level. Even during the war, the real estate market must function, the services of professionals are in demand more than in peacetime, and it is necessary to eliminate the consequences of the lack of any regulation today.”

He goes on to emphasize the importance of U.S. professional organizations as partners in Ukrainian advancement in the profession.

Arthur concludes with words that are as true for South Africa as they are for Ukraine, despite the different places they are in their journeys: “There is a lot of work ahead. But the main thing always is that spirit of resilience.”

When I returned to Seattle, I realized how much I had been whining over the years about graffiti or trash. I never realized how pristine and pretty the city seemed. I see how fortunate we are, personally and professionally. And how much we can help.

Barry Blanton, CPM, is 2022 President of IREM. In addition, he serves as chief problem solver and a founding principal of Seattle-based Blanton Turner.