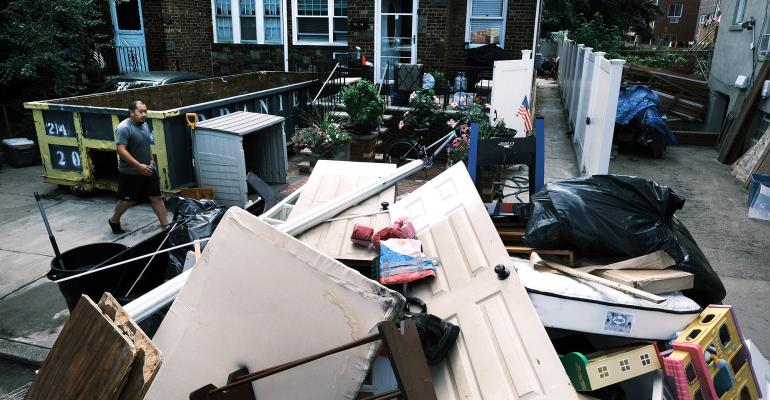 Each of the 4,703 claims filed related to the deadly hurricane was met with a letter of denial signed by city Comptroller Brad Lander

(Bloomberg)—New York City has denied every property damage claim related to Hurricane Ida, pointing to a 1907 ruling as the reason why.

Each of the 4,703 claims filed related to the deadly hurricane was met with a letter of denial signed by city Comptroller Brad Lander.

The website The City first reported on the letters on Wednesday. The comptroller’s office confirmed the total number of denials to Bloomberg News and shared a copy of the letter, which also notes that Hurricane Ida broke the record for the most amount of rainfall in a single hour in city history.

Claimants have until the end of November to file a lawsuit against the city for damages incurred. The 2021 hurricane caused the deaths of 13 people in New York City, many of whom were trapped in their apartments. At least 46 people died in the storm across New York, New Jersey, Pennsylvania and Connecticut.

Congresswoman Grace Meng, who represents parts of Queens in the US House of Representatives, said the city and state needed to fix outdated sewer systems.

“New Yorkers experience flooded homes even without ‘excessive rain,’” she said. “My constituents, including the families of those who died don’t have time for this blame game.”

In a separate Twitter thread, state Senator Jessica Ramos blasted the idea that a 1907 ruling could account for current climate disasters.

“Queens is not dealing with the rainfall from 1907, so we should not be using precedent from 1907 to deny people relief,” Ramos said. “To expect low-income communities of color to litigate their way into relief when we know the next hurricane is coming is not going to work.”

She added that “dealing with climate change cannot be an individual’s responsibility, the richest city in one of the richest countries in the world needs to step up here.”

The city has been facing increasing flooding. In July, several subway stations flooded following a summer storm, and experts predict an increase in extreme rainfall in coming years. The National Oceanic and Atmospheric Administration in February estimated that sea levels around Manhattan would rise by two feet by 2055.

In a letter to the commissioners of the city’s Department of Emergency Management and the state’s Division of Homeland Security and Emergency Services dated Aug. 15, Lander asked for support for disaster case management as well as legal assistance for those who might press charges against the city.

“Aging or inadequate infrastructure and underprepared homes may accelerate the problems facing homeowners, tenants, and small businesses in the wake of strong storms,” he said in the letter. He added that “communities living in already precarious conditions and with little access to resources” are most at risk.

To contact the author of this story: Ella Ceron in New York at [email protected]