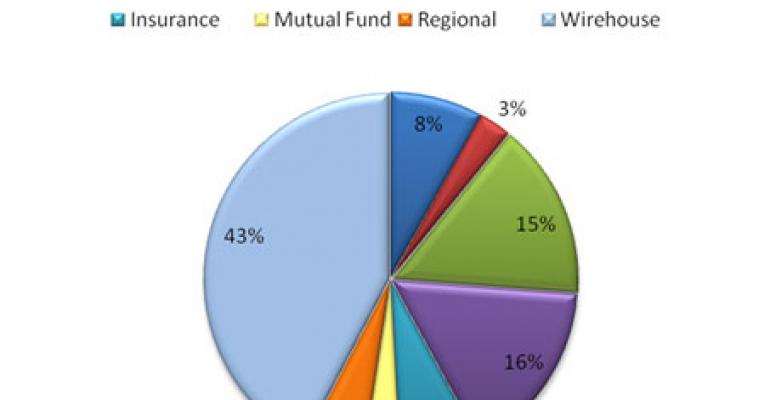 Advisors were on the move in March. The number of reps switching broker/dealers during the month was up 34 percent versus the number who switched in February.

Advisors were on the move in March. The number of reps switching broker/dealers during the month was up 34 percent versus the number who switched in February.

According to Discovery Database, 2,624 reps changed b/ds in March, compared with 1,960 in February. “There are definitely a lot of folks moving around looking for new places to run their business right now,” says Alois Pirker, senior analyst at the Aite Group. Since the start of the year, about 7,750 reps have changed firms.

Nearly half of the reps who changed firms in March, or 43 percent, came from the wirehouse firms. That is up significantly from last November, when wirehouse reps accounted for just 22 percent of the 3,472 reps who switched firms that month. “The wirehouse channel is getting hit pretty hard right now in terms of number of reps changing firms. But you also have to consider that it is made up of about 80,000 brokers,” Pirker says.

“It’s a difficult environment to try and go independent right now and start your own business. A lot of these brokers want to remain in the captive environment but away from firms making headlines,” Pirker says. Independent b/ds picked up 11 percent of wirehouse advisors making moves.