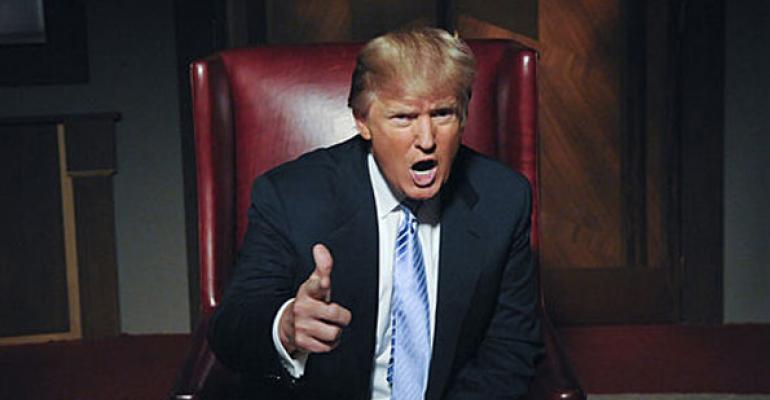 When Good Advisors Get Fired

It’s not uncommon for good advisors to get fired, as compliance departments become more vigilant. But there is life after termination.

With the heightened scrutiny in the financial services industry and the changing regulatory environment, more financial advisors are getting caught in the crosshairs of their firms’ hyper-vigilant compliance departments. While FINRA rules generally have not changed, there has been a significant increase in sensitivity about the need for stricter compliance oversight.

Advisors need to operate their businesses as though their chief compliance officer is sitting beside them with a magnifying glass, scrutinizing every action. Get every commitment in writing, don’t take anything for granted, and always do the right thing.

Despite best efforts, however, I’ve seen some high-quality, compliant advisors terminated for what they presumed were authorized actions. It’s typically the “one-off” arrangement that had been verbally approved by local management that winds up being viewed differently by someone above that forces the advisor into hot water.

Time Is Not Your Friend

So where do these quality, newly terminated advisors wind up? These advisors are often highly productive people with portable books of business that even the best firms would be anxious to recruit—if only they hadn’t been fired. Today, firms don’t want to invite additional scrutiny or negative press by hiring what could be seen as “damaged goods.”

But a termination can ultimately lead to a happy ending. It all depends on the advisor’s ability to hop into action immediately following the termination and secure proper counsel—a lawyer who specializes in the financial services industry and a skilled recruiter who can advocate for the advisor. Time is of the essence in order to ensure that the language in your U5—the form for terminations that will be sent to FINRA from the firm within 30 days—is as “favorable” as possible. This is the language that is permanently recorded on an advisor’s U4 and most compliance departments will not permit hiring decisions without it. Every day an advisor is out of business is a day that someone else is poaching their clients.

Donald was a high quality, clean, compliant, 12-year wirehouse advisor generating nearly $2 million in revenue when he was terminated for violating the firm’s gifting policy. For nearly four years, Donald had been following a procedure he and his manager (who has since departed the firm) had worked out in which Donald’s client, a self-made multi-millionaire, makes annual gifts to Donald’s mother-in-law. While Donald’s client wanted to make occasional gifts to Donald’s children to show his appreciation, FINRA prohibited it, so he and his manager agreed that the gifts could go to Donald’s mother-in-law. While the process was verballyapproved by the old regime, his new manager didn’t see things the same way. Donald knew he was in trouble when he was called on the carpet by the firm’s legal counsel. Since he didn’t have anything in writing indicating firm approval for the gifting agreement, the firm terminated him.

Donald spoke to his attorney and spoke to our firm. He had hoped to move to another wirehouse but after a few meetings, it became clear that the compliance departments would not accept him. We helped him to join a regional firm that actually offered him a decent transition package as an incentive. After four months with the new firm, Donald has brought 70 percent of his assets so far and finds he has far more freedom and control over his business.

Kevin was a well-respected, long-tenured, wirehouse advisor generating approximately $1 million in revenue. He was terminated three years ago for “market timing”—a practice of moving clients in and out of the markets, which is generally discouraged by the big brokerage firms but practiced by many advisors with tacit approval from their managers. Kevin felt blindsided when he was terminated for this practice despite his 20-year clean compliance record and $120 million in assets under management.

Kevin’s first call that day was to a securities attorney, who counseled him and made sure that the U5 language being filed by his old firm would be as benign as possible. As his recruiter, I worked quickly to arrange meetings with appropriate firms on his behalf.

Two weeks from his termination date, Kevin landed at a wirehouse and was offered a decent transition package. He realizes now that although he was only relatively happy with his ex-firm, he would not likely have taken steps proactively to make a move. After three months with the new firm, he has moved 80 percent of his assets and has had positive feedback from his clients. Kevin’s family has also noticed that he’s much happier and more energized. He feels fully supported by management in all matters of his business, and he knows that he is valued by the firm. As Kevin says now about his termination, “It was the worst best thing that ever happened to me.”

Advisors should be mindful that a termination can happen at any time to anyone, but depending on the circumstance, it does not have to be the end of a good career.

Sometimes you have to start over in order to have a happy ending, and that can be especially true in this industry.