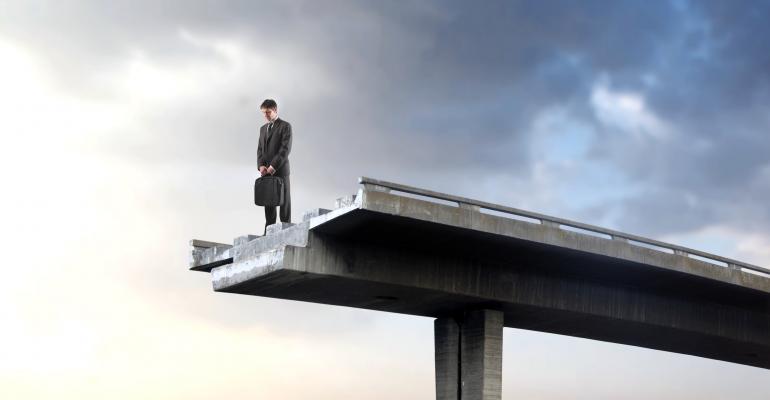 Things Will Never Be the Same...

But this is not the end of the world as we know it.

It prompted one auto industry analyst to declare: "The trend away from these vehicles is irreversible." Fast forward 12 years, and 'these vehicles' account for the vast majority of car sales in the U.S., and their share of the market is growing.

We've certainly seen no shortage of grand pronouncements since the coronavirus outbreak, including by many respected thought leaders in our industry. Some will look good in retrospect, while many others won't. Here's my take:

The value of advice is an enduring industry truth, in good times and bad, and there's likely nothing that could unfold in the future that will change that reality.

If you made an appointment with your doctor after falling ill, you’d likely be horrified if you were told to "go home, take no preventative action and let whatever is ailing you pass." Advisors who have sat on their hands since March and endorsed the ‘ride-it-out’ approach have no doubt elicited similar reactions from their clients (some of whom are probably former clients).

Having been involved in the financial services industry for over 30 years, I can say without qualification that there’s one common thread that unites each economic downturn: Clients needing financial advice.

They needed it during the financial crisis, in the aftermath of Sept. 11, in the wake of the dot-com bubble bursting in the early 2000s, and, as we continue to grapple with the fallout from the coronavirus, they need it today.

And even as the advice is situational, advisors can always do something to help a client. The worst thing they can do is do nothing at all.

WHAT I THINK I KNOW…

The prevailing wisdom is that the pandemic has unleashed a series of tech-driven behaviors and trends that will be nearly impossible to unwind. Much of this sentiment is probably true – though many of these changes were well underway before the outbreak of the virus, with recent events only serving to hasten them.

E-signature, for instance, is set to become institutionalized. In the past, many firms offered this service, but adoption rates were relatively low due in part to the fact that many questioned whether their clients wanted it. Now, nearly everyone understands the value of e-signature, even as higher rates of adoption may take more time.

It's a similar story for virtual meetings. Zoom and other video conferencing platforms pre-date the virus, but usage in our industry was rare. Today, Zoom is so widely used that it has become a verb. As a result, many clients will want to continue meeting this way in the future.

Even prospecting could look different going forward. While many cannot wrap their heads around engaging a client without first meeting them in person, some were already doing it and chances are that it will happen with more regularity going forward.

Advisors who refuse to adapt to some of these new realities won't face extinction. Many, in fact, will continue to do very well, especially RIAs that rely on recurring revenues. Make no mistake, however, anyone expecting a return to the 'old ways' of doing business could struggle to grow in the future.

Many have predicted the death of the traditional office environment in financial services. I’m skeptical.

Amazon founder and CEO Jeff Bezos built his company into a behemoth, in part, based on his view that a fine line exists between having too many people in a meeting and just enough. The perfect number, in his mind, is however many it takes for two pizzas to feed comfortably.

Beyond demonstrating that Bezos didn’t want to waste his or anyone else’s time, the ‘two-pizza rule’ shows that he believes teams getting together in the same room and bouncing ideas off one another has value. The company's post-pandemic plans to upsize its real estate footprint only underscore this point.

Many wealth management practices have the same view: right-sized teams coming together to solve big problems is the best way to build better businesses and stay ahead of the competition.

And what many of them have likely found is that replicating this sort of dynamic remotely is not as easy as many of 'the office is dead' commentaries are willing to recognize – especially when you add in the complexities associated with managing a large staff and the clients who don't want to "Zoom."

Some advisors will no doubt go to an all telecommuting model and never look back. Others will either pursue shared space or downsize.

But large segments of the industry will continue to want to meet in-person with both clients and staff. That requires having an office.

Anytime there’s upheaval, inevitably people will proclaim, “Things will never be the same.” Yes, the pandemic will force advisors to adapt and best practices to continue to evolve, but this is not the end of the world as we know it. Models and businesses that have been declared dead will survive, while changes that were already underway will simply unfold more rapidly.

Clive Slovin is president and CEO of SFA Partners, an Atlanta-based family of independent financial firms.