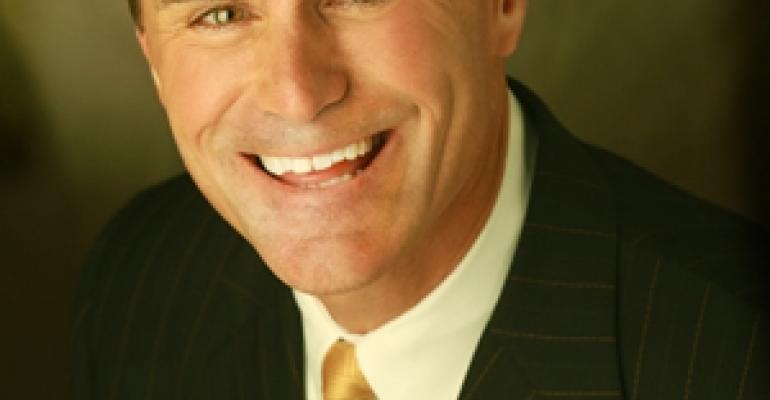 In May, Ron Carson, long the No. 1 on Registered Rep.'s Top 100 IBD advisor list, announced plans to leave LPL Financial (Nasdaq: LPLA) to become an independent registered investment advisor and start his own broker/dealer. The firm made the RIA conversion in July, but days before Carson’s b/d was to be approved, he pulled the plug and decided to keep his 5 percent of brokerage assets with LPL. Carson sat down with Registered Rep. to talk about the move.

Registered Rep.: When we spoke in May, you said for a lot of FAs, it wouldn’t be worth the time and money required to launch their own b/d. What was behind your decision not to launch your own broker/dealer?
Ron Carson: At the time we decided to launch the RIA and b/d, we really wanted to be able to control our own compliance, meaning that we wanted to be able to react or get a communication out to a client very quickly. We also thought at the time we started down this road, that we wanted to sub-advise on two 40-Act mutual funds. I’ve made a decision that that is not our core business. So we came to an agreement with LPL that we would stay on their b/d. Brokerage business is a very small part of our overall business. Since we aren’t going to do the 40-Act funds and we still have the compliance flexibility that we needed, everything that we wanted to gain by having our own b/d, there wasn’t incrementally anything left. We have all the benefits of what we originally wanted without having to go through all the brain damage of setting up our own b/d. We were literally within two days of approval and we pulled our application.

RR: How much in brokerage assets do you now have with LPL?
RC: Our real business has shifted to where our relationship is different with LPL. They’re simply a custodian of our assets now, and we can open up accounts at Schwab, TD Ameritrade, Fidelity. We really have some incidental legacy brokerage business (5 percent) that wouldn’t be in our best interest of our clients to abandon. We’re going to have to remain in the brokerage world in order to take care of those needs of our clients.

RR: Do you have any advice for FAs looking to launch their own RIA?
RC: Don’t do it for the economics. The economics of the move that we made were neutral at best, meaning that I think most advisors take for granted how much their b/d does for them. And we’re certainly in that category. It still made sense to make the change. I think a lot of advisors see the really cool stuff that Schwab or a TD or even a Fidelity has as it interacts with the retail client. But what we forget, especially as it relates to a Schwab or a TD, is that that was their business—the direct to the consumer. And it’s later that they got into the business of working with the advisor. So LPL is fantastic when you think about advisor interaction and tools and processes and technologies that they give us, but they weren’t as robust on the consumer interaction because they didn’t have to be. Now that they’re a hybrid and they’re attracting other assets, they’re doing a really good job of what I believe are going to be cool, neat and useful items to interact with the public through the advisor.

RR: What are your clients telling you these days?
RC: It depends on when they became a client. Prior to the end of 2009, anyone who had been a client up to that point, said ‘Thank you. Everybody else lost their tail and we didn’t.’ In fact, we brought in some $250 million in new assets just organically from referrals from existing clients in 2009 because of 2008. If they came in the second half of 2009 through 2010, their experience has been different. They’ve seen us in protect mode or neutral mode, as it relates to our “advance and protect” strategy. I grew up on a farm, and for farming to work, you’ve got to plant the crop in the spring and you got to wait until the fall to harvest it. If you plant the crop in April and you get impatient and you try to harvest it in June, there’s no crop. And you can go tear it up and start over, but you’re going to spend a lot of money and you’re not going to get anywhere. Our process feels the same way. In order for “advance and protect” to work effectively, you have to go through a full market cycle. You need to really experience both sides to say, ‘Are they having adequate up capture versus down capture?’ Give us five years, minimum of three, to go through a full business cycle.

RR: What is “advance and protect”?
RC: There are times when you should be in an advance mode; you should have equity exposure, and a higher beta exposure to the market. And there are times when you should be in full protect mode, even if you’re wrong. Right now we’re in neutral mode. Our beta is running at 0.28, so we have a little bit of participation because we also live with the reality that we probably can’t afford to have another year like last year, where we underperformed the market by that amount.

RR: What’s your typical clientele?
RC: While we have some very affluent who are well above this, we like to focus on that $2-$10 million of investable assets. At $2-$10 million, those guys aren’t interested in coming down market, and there are a lot of small advisors who won’t move up market, and it really has been a fertile place for us to be most effective. The clients get a lot of value, where they would normally have to have a much higher net worth to have the services and the attention that we give them.

RR: Where did you grow up?
RC: I grew up on a farm just north of Omaha, Nebraska, growing corn and soy beans. My mother used to forward sell some of our crops, so she would have charts plastered all over the kitchen walls. She was trying to figure out when to sell. She would speculate a little bit; she would trade some. I’d be mowing the yard, and she’d yell out the window, ‘Hey, I’m up 19 cents on my soy bean contract.’ I also saw the other side of it, when they were on the wrong side of the market. I had the bug, and I go ‘this would be a cool business to be in.’ I was reading Money magazine as a freshman in high school, and it had the top 10 professions for the future. And number two on the list was becoming a certified financial planner, and I said, ‘that’s what I’m going to do.’