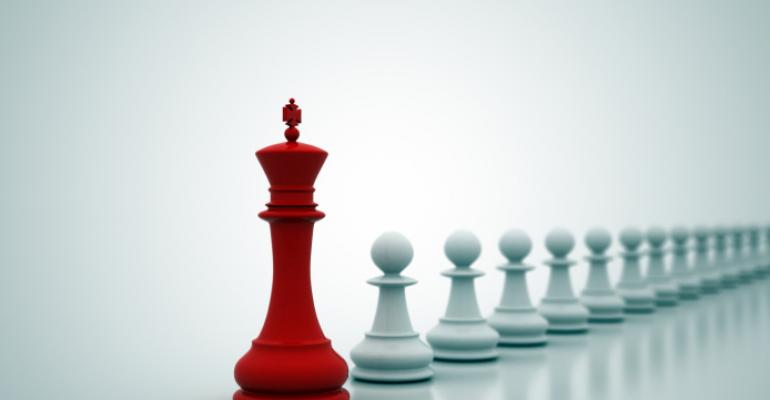 New Research: The 7 Skills of an Elite Team Leader

Indianapolis:  “In all of your research on wealth management teams, what is the one area, above everything else that separates the best teams from all the others?” asked Ed during a peer-to-peer role-play exercise I was conducting.

Without going into a detailed response, as Ed’s question had nothing to do with the peer-to-peer role-play, I gave a one word reply, “Leadership.”  I then proceeded to tell him that I’d share our new research on Elite Teams over dinner.   The following is a synopsis of a lengthy discussion we engaged in about teams.  I’m framing it around what our research identified as the skills of an elite team leader.

Elite team leaders are invaluable to a team.  Quite frankly, it’s virtually impossible to have an elite team without such leadership.  These elite teams acquire 3xs the new assets per advisor than non-elite team advisors.  They are meeting all the criteria our affluent research identified as important in the advisor-client relationship.  If that isn’t enough, these elite teams are excelling in each of the 15 performance factors identified in our previous elite team research (clarity of roles & responsibilities, following a business plan, delivering comprehensive wealth management services…, to list a few), whereas the general population of teams are not.

1.     Vision:  Elite team leaders have vision and are able to see beyond the tomorrows of tomorrow.  These advisors have the ability to look into that proverbial crystal ball and envision their team’s future.   Their uniqueness is in being able to translate this long-range vision into a series of goals that serve as benchmarks for the team.

2.     Ambition: Not only are elite team leaders able to envision the future, their ambition enables them to establish measurable goals directly linked to their vision.  In effect, these goals, which are usually quite substantial, serve to make their vision tangible for team members who aren’t as capable of such forward thinking.

3.     Motivating Communication:  Elite team leaders are excellent communicators -- they are able to articulate their vision in a manner that is both motivating and persuasive.  Simply envisioning the future and establishing ambitious team goals isn’t enough to lead a team to higher levels.  They are also able to connect the lofty goals they set for the team to their vision.  And they do all of this over and over and over.  They are always communicating, always motivating, always reinforcing their vision for the team.

4.     Accountability:  They are personally accountable in all areas; work ethic, role performance, executing on all personal commitments, and inspecting what they expect.  This should come as no surprise that these individuals lead by example.  In other words, they are personally accountable to their team, which creates a healthy framework for holding every other team member accountable to a similar standard.  No team member is allowed to be a weak link for long with an elite team leader.

5.     Self-awareness:  Elite team leaders have the ability to take a step back, look into the mirror, and take an honest self-assessment of their strengths and weaknesses.  Few people have this ability, yet it’s a trait found in all elite performers in any field.  This skill requires an open mind, a willingness to grow on a personal level, and the ability to accept feedback.  A few examples come to mind:  A team leader elevating one of his support staff to the newly created role of practice manager, thereby delegating all practice management responsibilities, which include performance reviews of former peers.  A team leader admitting the lack of affluent sales skills and hiring a coach, which includes attending a series of our Rainmaker Retreats.   The admission that too much time was being wasted personally managing portfolios, and as performance wasn’t spectacular, hiring an outside money manager.

6.     Problem-solver:  Elite team leaders are proactive problem solvers -- rather than pass blame or sweep problems under the rug, they take the initiative to resolve the problem. Problem solving is one of those underrated traits of an elite team leader.  Why?  Because no high performer likes to focus on problems.  Whether it’s a personnel problem, an issue with the home office, or a cranky affluent client – these individuals take the lead in getting the problem resolved.  Incidentally, solving a problem is one of the top criteria in strengthening affluent client loyalty.

7.     Delegator:  These elite advisors understand that real delegation is being able to empower others to accept responsibilities beyond their current world of the possible, and grow.  Elite team leaders gain control by giving up control.  In doing so, they champion the growth of each team member while getting the more trivial tasks off of their daily to-do list.  It’s this skill that affords them the time and mental energy to lead the team, manage client relationships, and succeed as a rainmaker.  This is also a trait that challenges many team leaders, holding them back.

While there is more to these high-performing teams than an elite team leader, everything else is dependent on the caliber of the team leader.  I’ll get into more detail on our latest wealth management team research in future issues.

Matt Oechsli is the author of The Art of Selling to the Affluent.  His firm, The Oechsli Institute  does ongoing research  and coaching  for nearly every major financial services firm in the US.  To take the first step towards coaching, complete the pre-coaching business profile  for a complimentary consultation.