/sites/all/themes/penton_subtheme_wealthmanagement/images/logos/footer.png
Recent
Recent
Financial Planning in the Era of the Great Resignation
Jan 14, 2022
What Makes a Successful Advisor Transition
Jan 14, 2022
Seven Must Reads for the CRE Industry Today (Jan. 14, 2022)
Jan 13, 2022
Warren Renews Criticism of Private Equity’s Role in Housing
Jan 13, 2022
Featured
The 10 Best and 10 Worst States in Which to Retire in 2021
Jul 15, 2021
Poll: 15 Classic Books on Investing and the Markets
Apr 03, 2020
25 U.S. Markets Adding the Most Multifamily Units This Year
Feb 03, 2021
Fifteen Must-Listen Business Podcasts for Advisors
Aug 14, 2020
DOL Fiduciary Rule
brought to you by 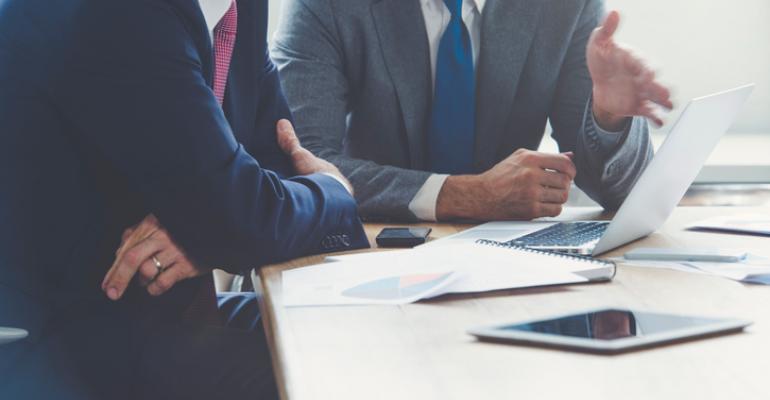 Hidden Gems: Anything to Treasure in DOL’s Fiduciary Rule?

The department’s regulatory action continues to draw fire. It’s either too much or not enough, depending on the advisor’s view. Here’s why it doesn’t matter.

Participant outcomes—it’s a current buzz phrase that ranks alongside financial wellness, retirement readiness and auto-everything in industry importance. What it means and how it’s achieved is another story altogether, and Roger Levy sees opportunities missed.

“It has taken six years, several hundred pages and six exemptions to interpret a single ERISA provision,” Levy, managing director of Scottsdale, Arizona-based Cambridge Fiduciary Services, bluntly states when referring to the Department of Labor’s (DOL) Conflict of Interest rule. “It’s a testament to the power of non-fiduciaries wanting to preserve their ability to transact business with retirement plans and individual retirement account holders with as few concessions as possible to a fiduciary standard of care.”

Levy, who was invited to file a Supreme Court amicus brief for plaintiffs in Tibble v. Edison International, the landmark case involving abusive 401(k) fee levels, is baffled by the rule’s release.

“The DOL missed an opportunity to help participants achieve better retirement outcomes,” he laments. “That is where they should have spent their resources.”

Criticism from those both for and against usually means something was done right. Does it hold in this case? Is it really that bad?

“The DOL has tried to make the system  more fair  for plan participants, especially for those who roll money out of a 401(k) and into an IRA,” he concedes, adding there was abuse, and the rule now grants better participant protection.

“Some firms are reacting to the new rule by telling brokers that they can’t handle retirement plan accounts,” he adds. “They’re forcing them to turn over their books of business to advisors who are RIAs/dually registered. This is a good thing.”

And certain broker-dealers are now removing commission-based products from their offerings completely, but he worries that advisors may not be ready by April 2017 for the fiduciary rule’s implementation, and that they “may be waiting on compliance for their marching orders.”

Don Trone isn’t so conciliatory. The seemingly ubiquitous industry presence on all things fiduciary is very skeptical of the rule and proud of it.

“No one in the industry has devoted more time and energy to advancing fiduciary standards than I have,” he says. “I’ve earned the right to be highly critical of what’s going on.”

Trone claims that the DOL has painted a “bullseye” on the backs of some advisors.

“In an effort to maximize the number of advisors subject to a fiduciary rule, the DOL has minimized the value that used to define the elite advisor. If everyone is playing to the same standard, they can no longer make the higher claim of best interests and oversight.”

His solution, coincidently, involves a buzzword of days past—behavioral finance. Arguing that the industry has recognized behavioral finance and its impact on investment outcomes, the same lens should now be applied to investment committees, advisors, board members and corporate officers who are subject to a fiduciary standard.

“We will find ways to differentiate between the elite and regular advisor through behavioral governance standards,” he explains. “Something more than the Best Interest Contract (BIC) exemption has to be infused into the process to gain client trust and set behavioral standards which can get us back to excellence.”

As for hidden gems that might be found, Trone believes the rule is providing a “cleansing period” for the industry, adding  that  there’s nothing wrong with taking time out to reevaluate products and services to see if they’re truly in the best interests of the investing public.

It might have also accelerated the Financial Industry Regulatory Authority’s (FINRA) march toward a fiduciary standard, and that “we may soon be able to make the argument that FINRA’s suitability standard has a higher standard of care than the DOL’s conflict of interest rules.”

Levy concludes that the real gem is that  “unconflicted  advisors have a much a better claim versus those who have to rely on the BIC exemption. The smart money – and smart people – should adjust their model so as not to rely on exemptions.”

Otherwise, he says it will be up to the courts to decide whether exemption claims are reasonable and “that is a very rocky business model.”

Bottom line, “advisors shouldn’t be suckers. They should try to shoehorn themselves into an  unconflicted  model.  And if they can’t, they shouldn’t be in the business.”