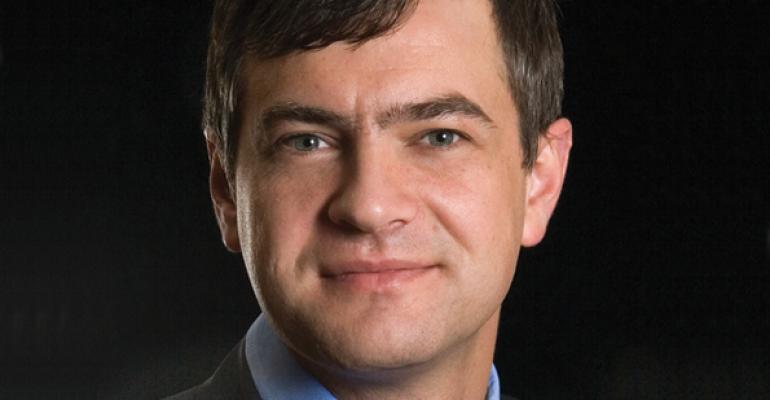 Getting the Word Out

Positioning yourself as an expert on a particular niche of financial planning is a great strategy, but how do you convince others of your acumen? Our panel of experts have some tips.

Charles Sachs, who recently set up his own Miami-based RIA, Private Wealth Counsel, has written some articles about his ideas for charitable giving. But producing so-called “intellectual capital” is useless if no one reads it, right? What’s the best way to get these articles out to the public?

About 20 years ago Sachs started on his professional road in IT support after serving in the Marines. When he started helping out his mother, a teacher, with her financial situation he realized he had a knack for finance. He got an MBA and a CFP. He started his RIA last March after working for four years at another wealth management firm in the area; he left on good terms, but with a non-compete agreement that kept him out of the industry for a year and a half. That expired in June. He’s been furiously contacting former clients, and has about $5 million in AUM. He has no employees; he works with his wife, who is the client relations officer.

The plan for Sachs’ new practice is to focus on charitable giving and estate planning. He has what he considers to be some unusual approaches to these strategies. He’d like to get the word out about them both to educate people and for marketing purposes. But he’s not sure how to go about it. His previous firm sent an e-newsletter to clients and prospects, but he wants to do more. A blog, he fears, wouldn’t attract many readers, though he has considered hiring a consultant to work on search-engine optimization strategies. Should he use LinkedIn? Facebook?  “With so much noise out there, how do I get the right attention?” he says.

Sachs also has been toying with the idea of approaching development officers for philanthropic organizations. They might, he figures, be willing to distribute his writing to their donors. Then there’s the possibility of hiring a public relations firm, but he fears it will be pricey.

Here’s what our experts suggest:

The encouraging thing is he already has a specialty, something that makes him unique. He’s keenly aware there’s a lot of noise out there and he has to differentiate himself. What’s also good about a niche is that clients tend to know one another and make referrals to one another.

But I would encourage him to refine his message. Is he going to specialize in charitable giving or have a more holistic approach with an emphasis on charitable giving? If it’s the first, he needs to approach endowments, foundations, charitable organizations and market there. If it’s the second, he has to reach out to places where individuals with charitable inclinations get together. One of his smartest moves would be to start with existing clients who must have friends with the same charitable emphasis.

Still, while I believe in the power of good writing, reaching an audience is an entirely different story. That involves going back to basics: Who is he trying to reach and what is his strategy for doing so? If, for example, his strategy is to attract individuals who are charitably inclined, then the question is, where does that market get together and what does that market read? It means relentless networking—going to industry conferences, participating in virtual forums where people with that focus get together. And Facebook and LinkedIn—absolutely he should use those.

On the subject of hiring a PR professional: In the case of younger practices, no one can be as effective at communicating the message than the advisor himself. PR can be useful for communicating an institutional story. But personal stories are best told by the individual, in the first-person voice.

He should go through other advisors who work with these high net-worth clients. He needs to target trade publications for trust officers or other professionals who have a network through which they could refer him to the right clients. He could join professional associations in the Miami area with the type of folks he might want to partner with and use this material to build a talk to give to these groups.

If he’s thinking about keeping his firm small, then putting a lot of capital into a publicity campaign may not pay off. Still, it’s complicated. If he doesn’t want to hire a professional firm to help, then it will take time, networking with those who advise clients in the areas of tax and estate planning. I don’t think there’s a shortcut.

He also needs to have a marketing plan in place before he gets published. He doesn’t want to figure out his strategy after the fact. When the article comes out, he should know what his next steps are.

Since his non-compete has expired, previous clients with whom he has a strong relationship also could be a tremendous source of recommendations and referrals. He could share with them the article he has written and ask who else they know who might benefit from this information. He should then be the one to contact those people – with an introduction – not just have previous clients share the article.

Looking for a social media expert is the wrong choice. You typically get about the same response rate from social media as direct mail. I find that the numbers generally don’t work out for financial planners. What’s more, if he’s successful, he’s going to be fielding calls from the wrong people.

What could work is to create relationships with nonprofit organizations. They know specifically who the individuals interested in charitable giving are. One option is to approach nonprofits and co-brand his articles with them. Another approach is to turn his articles into a book or ebook, then give them away at appropriate events on charitable giving. And he can put his resources on his web site and indicate that, for free, you can click on a link for his novel thoughts about such and such.

No matter what, he needs to hire a professional writer. Every minute he’s writing a book, he’s not working with clients.

Then, after he has his web site up, his ebook written, he can think about hiring a professional PR person. And there, the push would be to get on radio and TV shows. But he has to keep in mind: He may be seen across the country. And that has to fit his marketing plan.

It takes a long time to do any of this. But he will be able to position himself as an expert successfully.