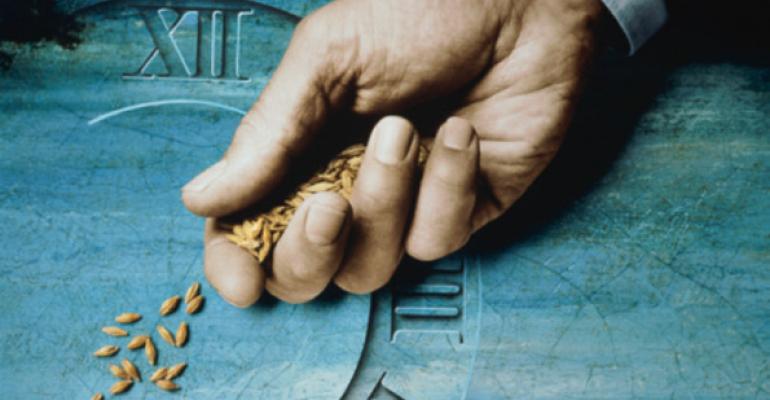 Cold calling is out; networking is in. Here’s how to jump start a practice – from scratch.

Back in early 2012, Darin Shebesta was in his fourth year as an associate advisor with Jackson Financial Advisors in Scottsdale, doing all of the unglamorous, behind-the-scenes type of client-service work thrown at early-career associates. He reasoned it was time to take the leap, hang out his own shingle and start rainmaking.

He felt he had some advantages. He’d been in the business for a while, sat in on client meetings, participated in an informal golf club and was active in the community. As soon as he opened his own practice he did everything from getting a coach to regularly pinning down CPAs for lunch meetings. He signed his first client, a fellow member of a nonprofit group focused on education, in just a matter of months.

But it still took Shebesta a good year before, he says, “I felt I was really hitting my stride.” Now with about 60 households, 25 of whom are financial planning accounts, and some $9 million in assets, he compares the process of finding clients to planting seeds and waiting for them to grow. “It’s not going to happen overnight.”

Even the biggest A-list independent stars struggled at the dawn of their careers to build the beginnings of a book of business. Why should you be any different? Well, for one, it may be harder these days for novices to win prospects’ trust. Attracting clients is about building relationships, and that’s a hard task in a climate of skepticism about financial services. And while you may not be affiliated with a scandal-scarred household name, the downside is you may not be affiliated with a household name.

But finding those first clients can be done. Take a tip from Mother Merrill, which recently introduced a training program for newbies that includes five key acquisition strategies, ranging from sourcing names to running private events. “You need a multi-pronged approach,” says Suzanne Muusers, who runs Prosperity Coaching, a consulting firm that focuses on financial advisors. “And you need to spend a good 75% of your time on prospecting and marketing.” In other words, you have to live and breathe client acquisition for your first one to three years in business.

The first step is going through your list of contacts and getting in touch with them. That includes likely prospects, of course. But as important are people who might refer potential clients to you. Rachel McNeil, who has worked as an advisor with Raymond James & Associates for two years after a stint in the company’s Retirement Solutions Group, started by creating a “mind map”, inter-connected circles of people with whom she had a strong relationship and could be referral sources. That visual picture created a vivid portrait of whom to start approaching first.

Once you meet with those people, avoid asking for referrals immediately. McNeil, for example, learned to open the conversation by asking for advice. “I’d say I’m just starting in this business fresh,” she says. “If you were in my shoes, how would you approach it?” Only towards the end of the conversation would she ask whether she could be “introduced” to a particular individual, being careful to use that more-neutral word than the more-fraught “referral”. While most people didn’t come up with possibilities immediately, McNeil kept a record of everyone she met with and stayed in touch. Slowly but surely she started to get referrals. She now has about 30 relationships.

Building lists of contacts, of course, is harder for the young advisor with few existing relationships of note. In that case, you have to engage in networking—heavy networking. In fact, that’s a necessary part of your client acquisition strategy even if you already have a full contact list. You can try the public seminar route—giving a free lecture on retirement planning, for instance—but, according to many advisors, that’s a highly inefficient—and costly—method.

The key is joining groups. One approach is to try a formal outfit, like the Business Networking Institute, which has numerous local chapters of professionals encouraged to give each other referrals. Another is to join groups of peers in complementary professions.

Shebesta created his own networking group two years ago, modeled after one attended by the firm’s founder. Because members of that group were considerably older, he decided to start a group with peers closer to his age.  Called “Centers of Influence,” it started with a bankruptcy attorney, a realtor and Shebesta; more recently, he’s added a CPA and an estate planning lawyer. During weekly meetings, members let one another know the latest developments in their practices; once a month, one person talks at length about his or her area of expertise.  According to Shebesta, he’s garnered six referrals from members so far.

Casting a wider net, there’s no shortage of groups, clubs and associations you can join, from the Rotary Club to a charitable organization. About the time he started looking for clients, Shebesta joined an informal group of golfers who play together regularly. Soon after, he began chatting with a compatriot about becoming his advisor. While that hasn’t yet panned out, the man introduced him to another player in the league, who recently signed on as a client. One rule of thumb: To make a good impression—and not create the perception all you’re interested in is attracting prospects—you have to throw yourself in to whatever group you participate in. That goes for online groups you join as well.

Start out by targeting one or two specific niches to approach—preferably around a subject you know. Muusers points to an advisor who had been in the mortgage brokerage business for many years. She started out by contacting 200 associates she’d developed during her years in her previous profession.  McNeil’s first client, on the other hand, was a family friend, a teacher close to retiring. “As I worked with her,” says McNeil, “I realized that I know a lot of teachers. My mom’s one and so is my sister-in-law.”  As a result, she decided to focus on that market, among others.

Shebesta decided to target young professionals. The advantage: It’s not only a market he understands, but there’s not much competition since there is, for now, fewer assets than held by pre-retirees. “Nobody’s in this space right now,” he says.

Of course, your networking should also include courting CPAs, attorneys and other centers of influence, although those efforts may take longer to pay off. Your only choice is to be as systematic as possible and take a possible contact out to lunch several times a month; once a week is best if they’ll allow it. Zev Fried, who joined JSF Financial in Los Angeles five years ago, brings the targeted referrer to his office to meet the rest of the team whenever possible to show off their breadth of experience. He now has about a dozen centers of influence who send him referrals.

Most likely you are not the only advisor in town trying to cultivate a relationship, so you need to be aggressive without being pushy. Shebesta, for example, recently emailed a lecture given by a guest speaker at an FPA conference to all his CPA contacts. “You have to continue to be out in front of these folks,” he says.

Those advisors in the early stages of their career need to be prepared to address the matter of age head-on. “It can be a challenge for any young, new advisor,” says McNeil.  The first time the topic came up, in fact, she fumbled the ball—and the person didn’t become a client. Now, when the subject arises, she argues that a more-experienced advisor is likely to be closer to retirement and, in fact, could be stepping back just when the prospect might need help the most. “That’s an eye opener—a light bulb moment,” she says.

Fried, who is 49, says he started having more success when he “developed the confidence to present a plan and do the necessary follow-up.”  The bottom line: As with much in life, projecting an air of authority is half the game.