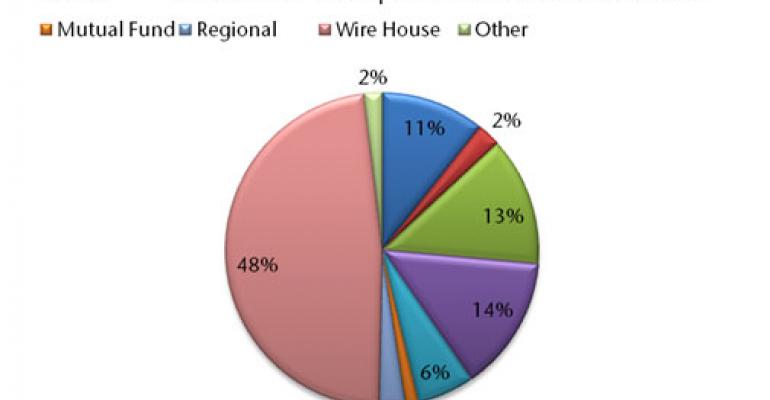 June was a busy month for financial advisors on the move. The number of advisors switching firms jumped 45 percent in June versus May, according to Discovery Database. Last month, 2,183 advisors changed b/ds compared with 1,506 in May.

Independent broker/dealers edged out regional as they picked up 20 percent of advisors making moves last month, while the regionals gained 19 percent. Regional and independent b/ds have been benefitting from the bad press many large firms have been getting over the past 18 months or so. “It’s not a huge defection that would have a significant impact on the wirehouse channel, but there are definitely more and more quality advisors from the large firms thinking about alternatives,” says Dan Inveen, founder of FA Insight, an advisory consulting firm.

This month Janney Montgomery Scott hired four advisors from Smith Barney. The advisors managed a combined $700 million in assets under management. On June 10, RBC Wealth Management hired a UBS advisor with $775,000 in production and $145 million in client assets. Since October 2008, RBC has hired a record 263 recruits.