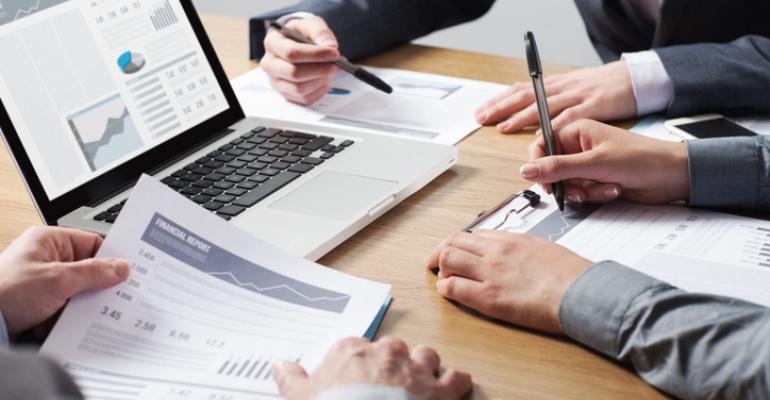 Unexpected changes are happening already with more industry shifts to come that many weren’t expecting.

It’s six-plus years in the making, and there shouldn’t be many surprises left in the Department of Labor’s fiduciary rule. However, shockwaves may come from changes to business operations and the corresponding ripple effects.

Both Merrill Lynch and Commonwealth Financial Network recently announced an end to commission-based products in retirement accounts, and will instead charge a level fee based on a percentage of assets.

“Most independent RIAs didn’t expect any broker-dealer firms to pivot to a fiduciary model immediately out of the gate,” says Michael Kitces, CFP, who has the rule’s development.

But with a few firms stepping up in advance of the rule to adopt a level fee model, it’s “astonishingly bad news for independent RIAs,” he says. “Broker-dealers aren’t going away and will be competing on a larger scale with more resources.”

Kitces sees another  longtime  practice “grinding to a halt” in the wake of the rule: Brokers  won’t be able to get lucrative recruiting deals to switch to other broker-dealers anymore. Instead, they will only be able to get paid for the business they built by “breaking away” to start an independent firm which  they can someday sell.

Why? Because production thresholds to earn recruiting bonuses are an “acute conflict of interest” and that “several common aspects of broker-dealer recruiting deals would not be permissible going forward under the new DOL fiduciary rule.”

The typical contingencies broker-dealers attach to the back end  of recruiting deals will be banned in the future, Kitces explains, and “broker-dealers will have to reassess whether they can realistically pay for recruiting in a world where the broker can’t be held accountable for whether or how many clients come along in the switch.”

A recent report by Sway Research reveals another trend brought on by the rule; approximately 40 percent  of Retirement Benefits Consultants (RBCs) and Retirement Advisors (RAs) believe the DOL regulations will lead to a decline in the number of record keepers  they regularly use for defined-contribution plan business.

Conversely, 55 percent  of RBCs see a possible increase in the use of third party administrators  (TPAs) to handle 3(21) and 3(38) business responsibilities.

The report adds that third party  fiduciaries, already quite influential, will “wield even more influence going forward, and thus may also demand more resources from defined contribution investment  only marketplace in terms of coverage/support.”

He says he was surprised by what didn’t come to pass when the rule was announced. The “art of politics and compromise” were at play in the months leading to the rule, says Rosenbaum, especially when it dealt with RIAs’ expectation that the final iteration would restrict annuities and proprietary products, which wasn’t realistic.

The DOL rule still allows for the sale of these products as long as advisors abide by the Best Interest Contract Exemption (BICE), which upset RIAs.

His observation is that the DOL took the “Mary Poppins/spoon full of sugar” approach to make the “medicine” of the rule go down. “They enacted something that everyone could grudgingly accept.”

Something as simple as paperwork is likely to be unsettling to advisors with Kitces noting that while most advisors do their due diligence before making investment recommendations, some have become ‘lazy’ about documenting it.  He warns that advisors will immediately notice the obligation of this process documentation, and it will require them to establish better systems to ensure all the relevant information is being captured.

“There will be a lot of paperwork,” concurs Rosenbaum. “They  will be sending out BICs, grandfathering certain accounts, etc.” which boils down to more work for the same (or less) pay.

The industry shouldn’t expect the rule to slow down the drumbeat of litigation either, especially as broker/dealers try to retrofit their old model into a fiduciary environment. Rosenbaum expects firms to push the line on the fiduciary definition in order to keep the base of their conflicted business model.

“I think we will see an increase in litigation focused on the broker/dealers’ largest plans. Any ERISA litigator will target those who continue to sell commission-based  products under the BICE.  It will be for the courts to decide if they acted properly because the language is so vague.”

In the end, Rosenbaum summarizes the collective view of many.

“Advisors and brokers will have to feel their way out in this unchartered water. And it will be choppy.”