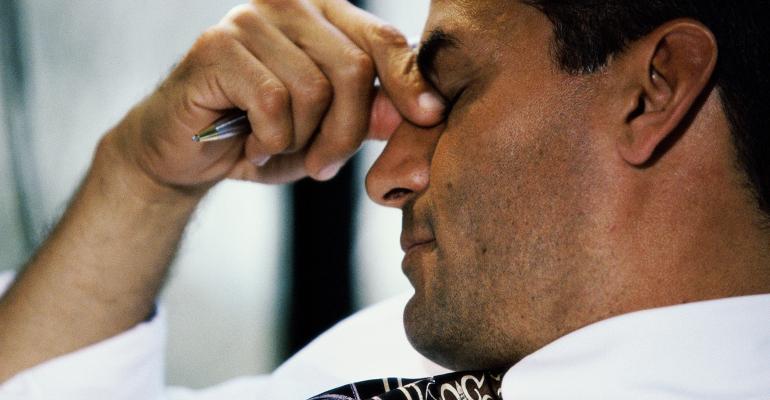 Difference Between Reactive and Responsive

“I get a pit in my stomach before I enter my office each day,” Steve, a colleague of mine confided, “wondering what emergencies are going to hit me before I even sit down at my desk.”

Every professional in the legal, tax and financial world experiences similar feelings. On my drive to work, I mentally review the litany of tasks I intend to conquer that day, only to be derailed within minutes (if not seconds) of entering the back door to my office.

Certainly this is a good problem to have. I’d rather deal with a dozen immediate problems than have none at all, wondering when my next client will walk through our front door. Nevertheless, I find it frustrating to fall behind schedule, failing to fulfill the promises I made, which could result in harm to my practice.

Putting out fires shouldn’t be the norm. Constantly reacting to situations drains you and your team’s energy. It’s much better to respond to issues than it is to react.

No, not in this context. To respond is an intentional act that requires planning and forethought, while reacting is more of a triage-type action, where you might get something accomplished simply to “stop the bleeding.”

Life happens. No one controls the day-to-day situations we encounter. We only control our responses. To that end, intentionality governs the success of any outcome. By intentionality, I’m referring to a thought process that hopefully becomes second nature to you. The more you exercise this specific mind-muscle, the greater difference you find between responding and reacting.

When reflecting on how you respond to situations rather than react, first realize that most “emergencies” don’t require an immediate reaction. While formulating an immediate solution feels necessary because your client, or perhaps a fellow team member, stresses the matter’s urgency, consider that there may be several alternatives available. Reacting quickly may actually compound the problem, making it more difficult to solve.

During a recent estate administration, for example, a client insisted on rolling over her deceased spouse’s individual retirement account immediately. She was much younger than her husband and not the mother of his children. Her fear of his children challenging the estate plan caused her to engage in a panicked call to his financial advisor, demanding that he immediately assist her with the IRA rollover. Because of her sense of urgency, he did so.

This occurred before I was able to point out that she was younger than age 59½, which meant, of course, that she couldn’t easily withdraw amounts from her husband’s IRA without a 10 percent excise tax penalty imposed on every withdrawal in addition to the income tax liability that she would incur. Had she provided her advisors the time to respond to her concerns rather than react, or had her advisor taken the time to respond rather than react, we could have suggested that she leave her deceased husband’s IRA as an inherited IRA until such time as she attained the age necessary to make withdrawals penalty free, thereby legally dodging the excise tax.

By taking a step back and carefully assessing the situation, you’re more likely to formulate a response that includes a course of action. I find that when approaching any situation, being intentional almost always results in a better outcome.

Achieving intentionality is possible any number of ways. When I’m really on my game, I write out the problem on a sheet of paper, along with the potential solutions, including the advantages and disadvantages to each.

The next step is to share your thoughts with whoever brought the crisis du jour to your attention and solicit their ideas. I find that collaborative efforts are usually better received and therefore successfully implemented.

Once resolved, I suggest adding an additional step before moving onto the next crisis. If the current issue is likely to somehow arise again, it’s usually worth the time to consider systemizing the agreed-on solution to head off similar crises.

As a leader in your organization, it isn’t necessarily your job to determine the steps to implement when systemizing a process to stave off similar problems. Delegate that to a competent team member, asking them to take whatever steps and hold whatever meetings necessary.

By systemizing a solution, you and your team act with greater intentionality. You’re now proactive rather than reactive. The next time that this issue arises, the foundation is in place to properly respond rather than improperly reacting.

You’ll note that the steps you take after solving the initial problem constitutes working on your practice as opposed to working in your practice. Too often legal, tax and financial professionals leap from file to file, crisis to crisis, out of the frying pan and into the fryer. They don’t take the time to work on their practice.

When you work on your practice, you take time to think. While you might not actively generate revenue while doing so, you set the stage to optimize your team’s performance, which leads to greater client satisfaction and profits.

Don’t underestimate the power of a good coaching program. I prefer coaching programs that involve collaboration with others, who can add their own life experiences enhancing the experience. I’ve been involved in a coaching program for nearly 13 years and conduct one of my own that’s based on the systems and processes that I’ve developed over the years for my own practice.

I believe that the best coaching programs are conducted outside your office. I travel to Chicago quarterly, for example. This means that I leave my Fort Myers, Fla. office the day before and often don’t return until the day after the coaching session. Leaving my office for a minimum of three days every quarter gives me the opportunity to reflect on the past 90 days, strategize, plan and recharge for the next 90 days. I become more intentional by tenfold and, consequently, so do my team members.

As you can readily determine from this short column, becoming responsive rather than reactive requires a great deal of intentional thinking and forethought. Setting yourself and your practice up to consistently systemize solutions so that fires become less common, but better dealt with when they do occur, is well worth the time and effort. This will only happen if you commit to spending the time and resources necessary to do so.