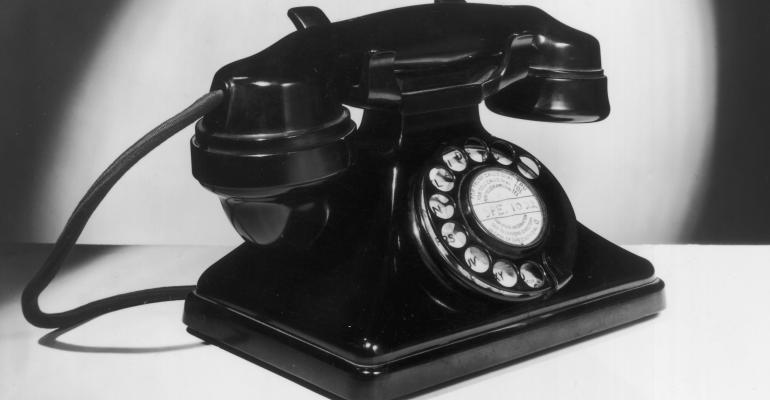 The Death of Voicemail

If you think leaving a voicemail for a client is part of an effective communication strategy, think again. Unless it's urgent news, consumers are increasingly annoyed and irritated by voicemails.

According to data provided by Vonage, there’s been about an 8 percent drop in people leaving, and listening to, voicemails from October 2013 through April. 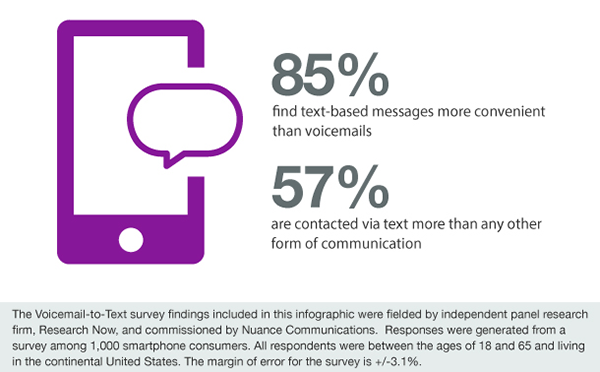 Eighty-five percent of people find text messaging more convenient than voicemails, according to a February study commissioned by Nuance Communications from Research Now that surveyed 1,000 smartphone users between the age of 18 and 65. More than half of those surveyed say they are contacted via text more than any other form of communication.

Yet 99 percent of advisors in a flash survey conducted by WealthManagement.com say they still leave voicemails for clients.  But many consumers say they just don’t like to get them. Nuance’s study found 27 percent of people feel burdened by the prospect of listening to a voicemail, while 23 percent feel anxious when they receive one and worry something is wrong.

For one, it takes longer to access voicemails than read messages on a screen, especially when the voice messages are long-winded and the call-back number is different than the caller ID number, requiring the recipient to write it down (if they can even understand it on the first listen.)

Two thirds of people surveyed by Nuance said they prefer to receive news from a friend via text-based message rather than by voicemail. The study also found that 96 percent of people are likely to read their messages and then respond via text.

Few have completely abandoned the medium when it comes to urgent messages, however. The Nuance-commissioned study found 80 percent of people were more likely to use the voice channel – and leave a voicemail – to communicate urgent news, including a death or hospitalization, to family and friends.

And many advisors work with older investors who may not utilize email or texting. But that's changing. Millenials—usually those aged 18 to 37— now make up the largest segment of the U.S. population at 86 million, about 7 percent larger than the Baby Boomer generation.

For these younger clients, a recent study by BNY Mellon found 40 perent prefer to interact with financial advisors through websites or email. Only about 18 percent wanted to be contacted by their financial services providers via the telephone. Those advisors who aren’t taking millennials' needs and preferences into consideration may risk getting left behind.

“In general, email is the most common way we reach out to our clients. We also use text messaging and if it is a more urgent issue, we will call them on the phone,” says Paul Mann, 41, a wealth advisor with Arizona-based Empire Wealth Management.

Not surprisingly, advisors say their modes of communication generally break down along age, especially among older clients.  Mann says that some of his elderly clients who are over 80 years old don’t even have an email address, so he handles those clients by phone.

Rather than age, Stan Corey of United Capital finds that his communication methods vary depending on if clients are still working or retired. “The clients that are employed tend to use email the most,” he says, noting that 60 percent of his clients contact him via email, while 40 percent call him.

But some advisors are finding themselves communicating more and more through text messages and social media “Some under 40 have contacted me initially by Facebook,” says Buz Livingston, of Florida-based Livingston Financial Planning. Younger clients especially are more at ease with texting, adds Patrick W. Hejlik, CEO of Fourth Quadrant Asset Management LLC.

“It depends on the client.  I know certain ones never check voicemail, so I will send an email or text instead.  Others prefer phone conversations so I'll keep the discussion phone to phone, “ says Elliott Weir III, founder of III Financial.

Do you use voicemail for client communications? Have you asked your clients how they prefer to be contacted? Leave your thoughts below.