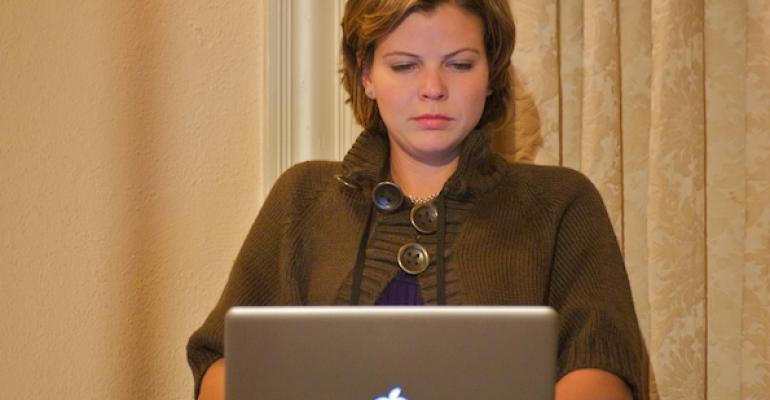 Whenever given a microphone and a stage, I take the opportunity to warn investors and financial professionals alike against the harm of keeping too close a tab on the financial news. Since my exhortations to turn off the TV are so roundly ignored, I’ve decided to take a new tack; exchanging media abstinence with “safe watching” as it were. With investors as with unprepared teenagers, the only sure-fire way to avoid trouble is to leave it alone altogether. However, being the realist that I am, I hope to provide some tips for safe viewing that will allow you to indulge without contracting “media transmitted irrationality.”

Of course, the irony of warning you about the ills of financial media via, well, financial media, is not lost on me. However, the very fact that you are here means that you may have a problem. Gotcha! It is a strange thing that an awareness of current financial events can lead to worse investment outcomes. After all, in most endeavors, greater awareness leads to improved knowledge and results. So what accounts for the consistent finding that those who are most tuned in to the every zig and zag of the market do worse than those who are less plugged in?

The first variable at play is timing. I won’t bore you with an extended diatribe on short-term market timing, but the fact remains that average equity holding periods have gone from six years to six months in the last five decades. This national case of ADHD has been precipitated in part by advances in trading technology, but is further exacerbated by the flood of information available to us each day. Unable to separate signal from noise, we trade on a belief that we are better informed than we are.

Another damning strike against financial media is that the appetite for new content flies in the face of investing best practices. Warren Buffett famously advised investors to imagine they have a punch card with 20 punches over the course of an investing lifetime. By espousing this strategy, Buffett encourages a policy of fewer and higher quality stock selections, encouraging downright inactivity in some cases. Compare this time-tested approach with the demands placed on the financial press. Each night, Jim Cramer picks ten stocks he passes along to his viewers to help sate the national appetite for cheap investment advice and the erroneous belief that more is better. Cramer has used up his whole punch card before Wednesday, and it’s not because it’s a sound investment strategy, it’s because it sells commercials.

Consumers of financial media who fail to account for these sorts of perverse incentives can feel disillusioned when the advice of such vaunted “talking heads” leads them so far afield. Conversely, a more informed consumption of media can enable each of us to separate wheat from chaff and learn to recognize a bona fide expert from a circus clown in a $2,000 suit. The following tips are a great place to start:

·      Evaluate the source – does this individual have the appropriate credentials to speak to this matter or were they chosen for superfluous reasons such as appearance, charisma or bombast?

·      Question the melodrama – while volatility can be the enemy of good investing, chaos and uncertainty are a boon to media outlets hungry for clicks and views.

·      Examine the tone – does the report use loaded language or make ad hominem attacks? These are more indicative of an agenda than an actual story.

·      Consider motive – news outlets are not charitable organizations and are just as profit-driven as any other business. How might the tenor of this report benefit their needs over yours as a decision-maker?

·      Check the facts – are the things being presented consistent with best academic practices and the opinions of other experts in the field? Are facts or opinions being expressed and in what research are they grounded?

Financial media is always going to have an angle, but so do you and so does every person with whom you’ll interact. That being so, the best strategy is to become skeptical without being jaded and cautious without being paralyzed by fear. If you found yourself thinking, “Who the hell is this guy to lecture me on media consumption?” you’re off to a good start.