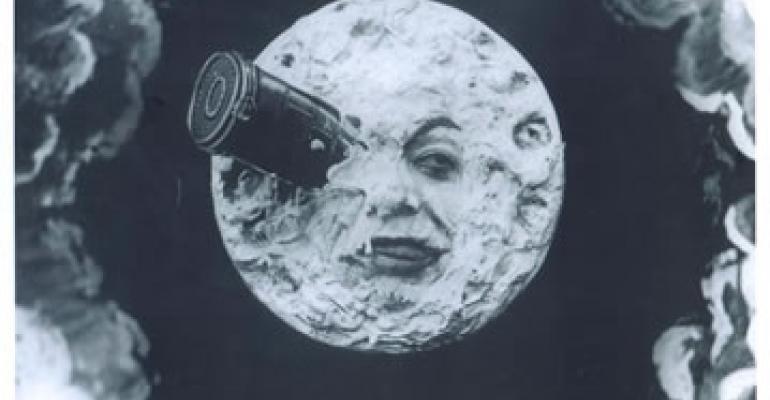 Advisors Promised the Moon, But Get Hard Cheese

Advisors are often recruited to broker/dealers based on promises that the firm later fails to deliver on, according to a recent Registered Rep. reader poll. This is not to malign an entire industry (we know some reputable recruiters who do good work), but the issue was recently brought into the spotlight by Bob Rowe, a former Raymond James & Associates (NYSE: RJF) advisor who has filed suit against the firm and its recruiter, claiming they overpromised and under-delivered. But our poll shows that Rowe, who had a personal production of over $875,000 at Morgan Stanley prior to moving to Raymond James, may not be alone. (Raymond James declined to comment for this article, but it did file a motion to dismiss and a motion to compel arbitration.)

Advisors are often recruited to broker/dealers based on promises that the firm later fails to deliver on, according to a recent Registered Rep. reader poll.

The issue was recently brought into the spotlight by Bob Rowe, a former Raymond James & Associates (NYSE: RJF) advisor who has filed suit against the firm and its recruiter, claiming they overpromised and under-delivered. This is not to malign an entire industry—there are many reputable recruiters out there who do good work. But our poll shows that Rowe, who had a personal production of over $875,000 at Morgan Stanley prior to moving to Raymond James, may not be alone. (Raymond James declined to comment for this article, but it did file a motion to dismiss and a motion to compel arbitration.)

About 37 percent of respondents said recruiters had over-promised and under-delivered once or more during their careers and that they think it’s common. Another 33 percent said this had happened to them and other FAs they know multiple times. Some 8 percent said they had experienced it just once and don’t think it’s common, and 22 percent said such a thing had never happened to them. In addition, anecdotally, five industry sources interviewed by Registered Rep. said it was common for recruiters to make false promises just to get advisors in the door.

“There are certainly many advisors who feel this way–that they have been promised a lot more than they received, but this is the first time I hear about anyone suing their broker/dealer,” said Philip Palaveev, president of Fusion Advisor Network.

Jonathan Henschen, president of recruiting firm Henschen & Associates, said the problem has escalated in the last year because of the competition for talent among broker/dealers has gotten more intense. Recruiters have production goals, and if they don’t hit them, their job’s on the line, he said. Many will bend the rules and promise the world to get the rep in the door, then deal with the consequences later.

Mark Belongia, a lawyer with Chicago-based Belongia, Shapiro & Franklin, said he has seen a 50 percent increase in requests for consultations from brokers claiming to be duped by recruiters lately.

Steve Winks, chairman of PCT Research and Consulting, said he has heard of many examples of this over the years, and he attributed the recent activity to the recruiting wars. “All they care about is numbers.”

John Lohr of Howling Wolf Enterprises, and the former chief general counsel of Lockwood Financial, said it has become very competitive among the larger b/ds, particularly the wirehouses, to retain advisors with significant production numbers, and they’re also dealing with an increasing number of reps going independent or moving to the RIA model. Recently, the wirehouses have been getting creative with their recruiting, going after advisors from non-traditional firms and from the third and fourth quintiles of production.

In the suit, Rowe claims that Kuklenski misrepresented the firm’s reporting capabilities, access to third-party money managers, compensation structure and the approval of his outside business interests. Rowe says he has over 200 emails documenting the misrepresentations. Raymond James spokeswomen Anthea Penrose declined to comment because of the pending litigation.

Rowe said in January, Raymond James told him that if he wouldn’t sign an arbitration agreement to settle the dispute, he would be violating company policy and wouldn’t be welcome at the firm, Rowe said. “It was the first time in my career I was actually walked out of an office.”

While recruiters will tend to create a lot of expectations, they don’t know all of the intricacies of the broker/dealer platform, and that’s not their job, he added. “While recruiters are clearly salespeople, most of them do not behave like used car salesmen,” he said. In other words, they don’t typically promising whatever it takes to get the customer in the door.

Another advisor, who declined to be named because he’s still working in the industry and doesn’t want to damage the relationship with his current b/d, said he was wooed by Stanford recruiters in 2007, who represented the firm as a very high-end, high-profile b/d. “In reality, he [CEO Allen Stanford] was running a Ponzi scheme out of his bank in Antigua.” At least, that’s what he is being charged with. In 2009, Stanford was indicted on charges of conspiracy to commit securities, mail and wire fraud, and the firm was dismantled.

The recruiter made no indication that there was anything wrong with the firm’s investment practices, the advisor said. The recruiter also played up the firm’s research capabilities, investment products, facilities and systems, but these turned out to be less than average. “I was promised the moon, and I got cheese.

“Almost anybody who’s been recruited to a firm is going to be presented with a great scenario at the recruiting firm. When one gets there, the reality is, gee, it’s still just the same business.”

But recruiters have their own pressures coming from the management side—commissions, quotas, reputation.

“The only way the recruiter gets paid is to motivate that FA to move to the other firm,” said one recruiter, who declined to be named given the controversial nature of the subject. “So he is working the psychology from his end to disturb the FA, appeal to his sense of greed.”

Lohr said recruiters often have good intentions and plan to deliver on their promises, but for budgetary reasons or technology inadequacies, the firm just doesn’t have the resources.

The anonymous recruiter told Registered Rep. many stories of how his firm gave him the OK on things the FA wanted, and when the company couldn’t deliver, it reflected badly on him.

“Back in the day before all the firms had to make their proprietary mutual funds portable, I had a potential recruit,” he said. “He had a ton of B shares. We both were concerned that the shares would not come over. My mutual fund department assured me that we could get this done. Well, guess what? I spent months trying, his business imploded, and we did him and his clients a disservice.”

In addition, FAs are often wooed by large checks and may overlook deficiencies, said Tiburon’s Roame.

“There are two sides to this,” the recruiter said. “I can tell you about the lies that FAs give the managers and the recruiters and anyone else who has to listen to it. It almost always comes down to money.”

Advisors have to conduct their due diligence on the b/ds that they are consideing joining, Palaveev said. “At the end of the day, advisors have to take responsibility for their own practice.”