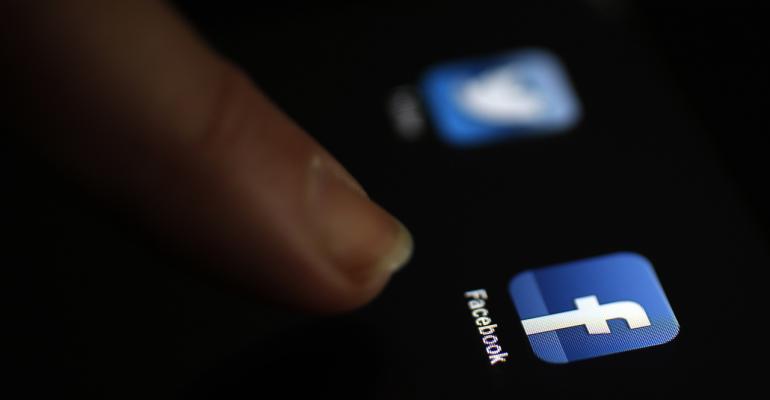 Facebook just turned ten years old.  Wow!  Does that officially make Facebook a pre-teen?  Regardless, we decided to dig deeper into Facebook in our latest research study.

In our 2014 Financial Advisor Social Media Study, we asked advisors what they felt was the primary benefit of having a Facebook profile. We segmented our 917 respondents into two distinct categories – Influencers and Casual Users.  Influencers are the small cadre of financial advisors who, in addition to building their brand and overall awareness through social media, actually bring in new business using this medium. Casual Users are just what their name implies.

Influencers identified “monitoring major life events” as the number one benefit for using Facebook – hands down. 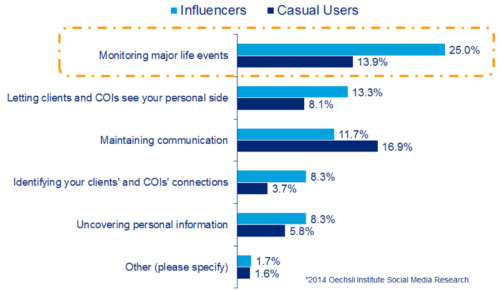 People bare their souls on Facebook.  They talk about major life events (even if they seem way too personal).   According to Facebook, the following are the top 10 most frequently posted life events people added to their timeline in 2013.

While not all of these life events are essential in deepening client and COI relationships, some definitely are.  Wouldn’t you want to know when your client has a new grandchild? Parent passes away?  Child starts Med School? Interestingly enough, many of these major life events have financial implications.

About six months ago an advisor we coach mentioned that he noticed an old friend on Facebook was building a new home.  The friend was posting pictures of her new place as it was being built. 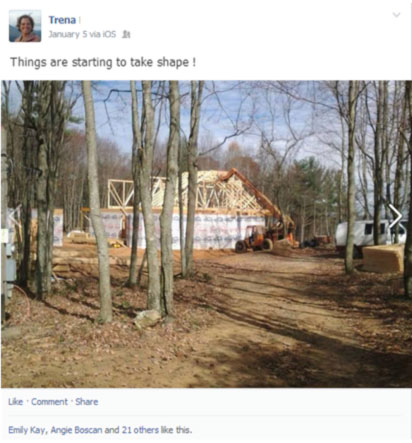 The advisor called up his old friend, congratulated her on the new house and asked if he could stop by to visit soon.  A few days later he shows up baring a gift - a beautiful antique door knocker for her new home.  Wow!   A few months later this old friend, who he recently reconnected with through Facebook, calls him and wants to learn more about what he does because she thinks she needs a financial plan.  Viola!  While that was not the sole intention behind the advisor giving her the gift – it was a great aftershock.

Financial Advisors are in the business of building relationships.  Facebook is a goldmine for the invaluable life events that can easily be missed in a non-Facebook world.  So, if you don’t have a personal Facebook page, it’s time to join the modern world.  If you already have a personal page, make sure you keep it personal and spend a few minutes every day scouring your Newsfeed for these important life events.

Kevin Nichols is a thought-leader with The Oechsli Institute, a firm that specializes in social media coaching and training for the financial services industry.  Follow him on twitter @KevinANichols   www.Oechsli.com