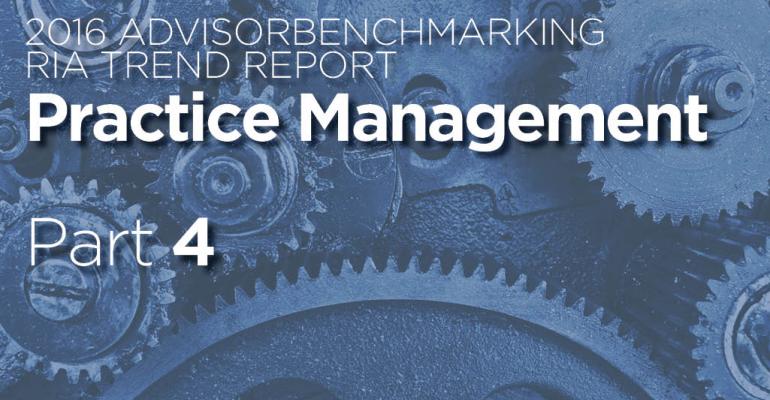 When we review the 3-year trends in responses to the services offered question we find three categories with notable change. Since 2014, the percentage of firms offering estate planning has increased from 54% and 55% the prior two years to 67% in 2016. We observe a similar trend in insurance planning, with increased to 79% this year from 54% and 59% in 2014 and 2015, respectively. The other service increasingly offered, albeit with a more stable upward trend, is charitable gift planning, which is now offered by 62% of RIAs compared to 57% and 60% the prior two years. It certainly appears that advisors continue to expand their value-added service offerings, perhaps as a function of greater scale and capabilities, but certainly reflecting a broader and higher touch approach to the client relationship and an ever-increasing focus on client satisfaction.

Next Part 5 of 9: Functions Outsourced by Advisors