We note an 11-point drop in client agreements when comparing the response to last year.

The types of plans and procedures being documented range from compliance and client agreements to training and executive policies. Not surprisingly, compliance manuals and client agreements – at 88% and 85%, respectively – stand out as most important, an observation consistent with last year’s findings. However, we do note an 11-point drop in client agreements when comparing the response to last year, a change for which we do not have explanatory evidence. Additionally, errors and omission insurance, business plan, and employee handbooks registered relatively high response rates that are generally consistent with responses from 2015. The aforementioned five categories - all of which exceed 50% response rates - indicate RIAs are increasingly aware of potential legal and regulatory risks. Having a written marketing plan shows a higher response rate in 2016 compared to 2015, which is consistent with the top scoring initiatives in Figure 1 – growing AUM and revenues, and improving marketing and business development efforts. The other notable increase is training/educational manuals, for which we observe a 35% response rate in 2016 compared to 27% in 2015. The increase in formal training and education manuals is perhaps an indication of additional expertise required to support the increased service offerings highlighted in Figures 3 and 4. 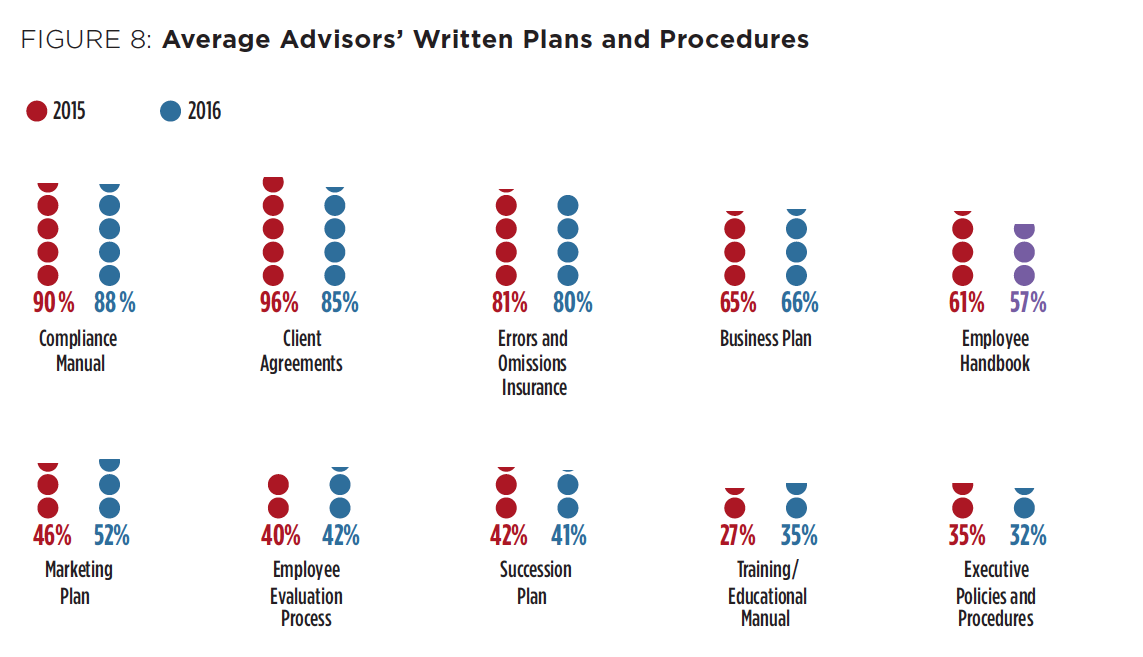 Next Part 9 of 9: Department of Labor Ruling Impact