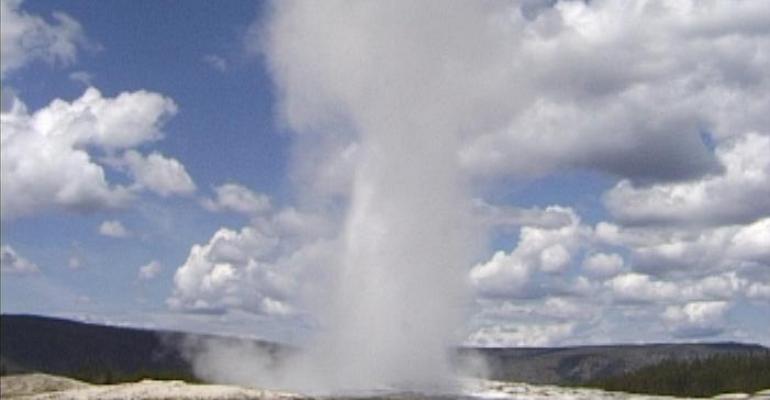 Two Geysers of Pent-Up Wealth Are About to Erupt

Will clients be willing to take advantage?

Everything is coming together this year for households to shake off their post-recession fears of financial engineering. The question is whether they will once again embrace debt and leverage.

One catalyst for a wave of spending and borrowing is the potential of a record year for initial public offerings as large numbers of private tech companies like Lyft and Uber finally hit the public markets. Companies are looking to go public not just because the timing is right in the evolution of their companies, or just because market conditions are favorable, but also because to some extent because there’s a herd effect once a few noteworthy companies start to go public.

Employees of these companies will finally be able to unlock the wealth they have that’s been tied up in private tech companies for years. Between the actual IPOs and the expiration of lockup periods months down the road, this will mean tens of billions of dollars of buying power for insiders of those companies. A lot of that will be leveraged as tech workers use their IPO gains as down payments to buy houses with huge mortgages. Significant chunks will go into wealth management and other financial services products. The effect may be concentrated in the San Francisco Bay Area, where many of these companies are located, but there will be second-order effects — like retirees selling their homes to tech workers and moving to cheaper pastures — as well as some employees cashing out and moving to other metros where housing is more affordable.

The second catalyst is the continued plunge in interest rates. The 10-year Treasury rate is now down to levels it hasn’t seen since 2017, and mortgage rates are dropping below 4 percent. This is the perfect environment for the housing market as we enter the heart of the spring buying season, and in their earnings reports this week homebuilders KB Homes and Lennar both said they were optimistic about the impact lower rates would have on the market. More Americans might be willing and able to take out a mortgage, considering that the unemployment rate is lower and wage growth is a fair amount higher than it was when interest rates were at similar levels in 2017.

Those two catalysts could drive up home values. That would have much larger ripples if homeowners revert to an “old normal,” being opportunistic about home equity and interest rates to treat their homes as vehicles for financial engineering.

The balance sheets of homeowners in the aggregate have improved significantly since the depths of the housing bust. Home equity percentage levels are at 16-year highs. While in the early years of the housing recovery, the improvement was mostly in coastal, particularly West Coast, markets, over the past couple years home price appreciation has been most rapid in some of the hardest-hit “bubble markets.” For instance, Las Vegas currently has the fastest home price growth of any market tracked by the Case-Shiller Index, and since the end of 2016 home prices in the Las Vegas market are up 22 percent. A lot of homeowners who may have been underwater or only had a little bit of home equity when interest rates were at current levels in 2017 now have a significant amount of equity they can tap.

If we really are at the end of a cycle of interest rate increases, whether it be for economic or political reasons, it makes a lot of sense for homeowners with equity to start thinking about refinancing or taking cash out of their homes. Sound familiar? It certainly could lead to a return to bubble-era behaviors, with reckless mortgage fraud or using cash-out refinancings to buy boats. But for a lot of households doing a cash-out refi makes a lot of sense. Like with many things, a behavior in moderation can be prudent while excess is what gets you into trouble.

Maybe households have some high-cost credit card debt or need to replace a family car, and by tapping home equity they’re able to restructure their debt or free up cash to buy a car. Depending upon what their current mortgage rate is and how long they’ve been paying their mortgage, they might be able to refinance into a new 30-year mortgage with the same monthly payment as they currently have. The further we get from the financial crisis and as memories of that era fade, the more homeowners will be receptive to these types of scenarios.

Even as a large part of the economic story this decade has been a rise in private tech company valuations and a recovery in home prices, we generally haven’t seen either store of wealth tapped by households. In 2019, we finally may. That could be what allows U.S. economic growth to continue.