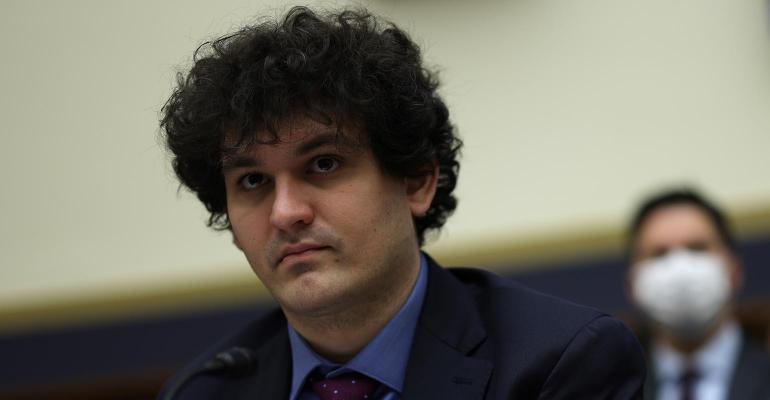 FTX Collapse Is a Feature, Not a Bug, of Financial Innovation

The leverage and other aspects everyone tut-tuts about after-the-fact are essential for economic progress.

From afar, all financial disasters can look the same. Too much leverage, illiquid assets, fraud, fire sales and conflicts of interest bring down houses of cards that all sensible people knew could never last. But a closer view and reasoning without the benefit of hindsight it’s less clear that everyone in finance is a bad actor or that new disasters have novel elements. Moreover, leverage and the other things everyone tut-tuts about after-the-fact are essential for economic progress.

The problems at Sam Bankman-Fried’s cryptocurrency exchange FTX.com and its affiliated trading/hedge fund firm, Alameda Research, are a case in point. On Friday, Bankman-Fried’s crypto empire filed for Chapter 11 bankruptcy protection in Delaware, according to Bloomberg News. Customers are likely saddled with large losses.

One issue is that FTX traded primarily perpetual futures and extended too much leverage to its customers. When crypto prices crashed. the collateral lost value and couldn’t be sold without triggering further price declines. This is similar to the problems experienced by the London Metals Exchange – part of the “traditional” world of finance -- when nickel prices soared earlier this year.

Another issue may be that FTX invested its collateral in speculative trades rather than to hedge its customer liabilities. (The Wall Street Journal, citing a personal familiar with the situation it didn’t name, reported Thursday that FTX lent billions of dollars worth of customer assets to fund risky bets by Alameda. An FTX spokesman declined to comment, the Journal said.) If true, this is similar to the collapse of MF Global Holdings Ltd. – also part of the traditional world of finance – in 2011. MF Global was a broker and futures commission merchant rather than an exchange, but FTX acted as both broker and exchange.

Then there is speculation of self-dealing among FTX, Alameda and the venture capital arm of FTX, known as FTX Ventures. The three were supposed to be run independently, but it appears they may have been entangled, with Alameda getting preferential access to “front-run” FTX customers. Even if this is false, the suspicion was one reason why people had backed away from FTX. (Securities and Exchange Commission Chair Gary Gensler has said that many digital asset platforms may be violating securities laws by offering unregistered securities to Americans, improperly providing loans, or even front-running their clients’ trades.) These kinds of allegations are reminiscent of the “Flash Boys” scandals of the last decade. Nominally independent entities with interlocking loans and collateral played an important rose in the collapse of the stablecoin known as Terra earlier this year.

Finally, the FTX empire was funded in part with FTT tokens, created by FTX. The value of the tokens depended on the continued success of FTX. In traditional finance, the ability to fund yourself with your own currency is usually supposed to be reserved for governments, but private institutions try it from time to time. It’s one way to think about the synthetic obligations that were created prior to 2008 by Wall Street banks, and then reused as collateral for more synthetic obligations such as CDO-squared instruments.

With all these real and alleged problems, it may seem as if FTX was a greatest hits version of classic financial disasters. But that omits the important question of why anyone trusted FTX in the first place. FTX founder Bankman-Fried had extraordinary credibility among big venture capital firms and on Wall Street — as much as anyone in crypto other than Vitalik Buterin, who co-founded the Ethereum blockchain. In fact, many venture-backed crypto projects used FTX for their Treasury operations. (I have long positions in several crypto assets, but no direct exposure to FTX.)

FTX convinced many smart people that it had figured out how to use high leverage safely, with mechanisms in place to preserve the value of FTT tokens and satisfy customer withdrawals even in severe liquidity stresses. Alameda seemed to have a strong record of consistent trading profits and FTX Ventures seemed to make shrewd investments, bailing out troubled crypto firms on profitable terms. This is very unusual for crypto disasters, only a handful of which involve people with credibility in the space, and none involving this many people with this much Wall Street and Silicon Valley credibility.

The problems at FTX have already led to calls for more regulation of crypto, but there are three big problems with that idea. First is that these same disasters happen frequently in the regulated financial world. Particularly large examples lead to more regulations, but that never seems to stop people from finding new ways to make old mistakes. Second is that in all material respects relevant to these problems, FTX was already subject to regulations. FTX was not a bunch of anonymous offshore hackers nor was it run by regulation-dodging libertarians. Its three pieces were regulated, audited entities that — at least until someone proves different — complied with regulations.

The third and biggest problem is that FTX had good ideas — vetted by many smart people — about how to avoid financial disasters via technology rather than regulation. This was the main impetus for the introduction of Bitcoin after the 2008 financial crisis. We can’t dismiss those ideas because FTX failed. It’s not as if “more regulation” has any track record of success. Failure means we need more experimentation with more new ideas until we find a mix that works.

No new regulations will help FTX’s customers and creditors. They might stop someone from starting a copycat FTX, but no one is likely to do that now, nor would anyone trust it. What new regulations would do is block one of the most exciting areas of crypto innovation, which is a new type of financial exchange. Most of the promising ones are simple, pure exchanges without attached entities and that hold no customer funds. Automated market makers, frequent batch auctions, zero-knowledge orders, portfolio trading and other innovations attempt to use cryptographic security to take away the ability of people to cheat rather than just telling them not to do it and occasionally fining or jailing a few of them afterwards. These are padlocks rather than “Do Not Enter” signs. And if they prove successful, the new exchange mechanism can re-engineer trading in traditional assets as well as crypto assets.