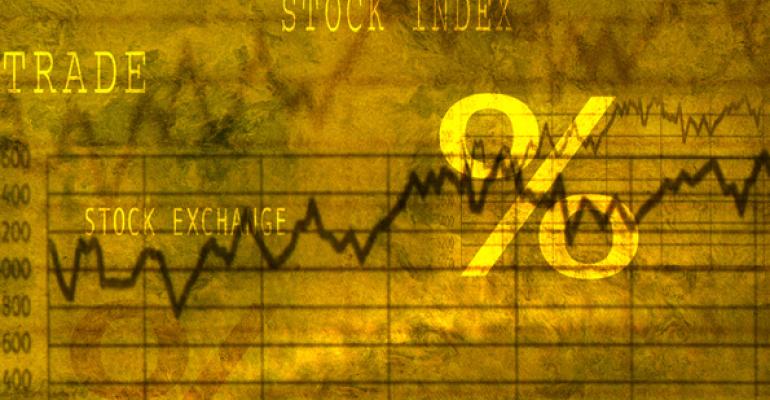 Wall Street has its worst day since May, as markets are jolted by the Delta variant.

Stocks slumped around the world as investors rushed into haven assets after the delta coronavirus variant cast a pall over the economic recovery, while tension between the U.S. and China escalated.

In a reversal of the reopening trade that has powered this year’s equity rally, cyclical companies bore the brunt of the rout on Monday. Commodity, financial and industrial shares led losses in the S&P 500, which fell the most in two months. The Dow Jones Industrial Average had its biggest decline since October, while small caps extended a slide from March’s peak to nearly 10%. After recently plunging to pre-pandemic levels, the Cboe Volatility Index, or VIX, soared.

With the risk-off sentiment spreading across global markets, long-term Treasury rates spiraled to their lowest since February -- dragging the yield curve flatter. Ten-year yields tumbled as much 12 basis points to as little as 1.17%. The dollar rose alongside the yen and the Swiss franc. Despite the classic safety trade, gold retreated. Oil sank after OPEC+ agreed to boost supply into 2022. Meantime, Bitcoin’s slide pushed the world’s largest digital currency closer to $30,000.

The resurgence of Covid-19 is unsettling global investors, who are considering whether new lockdown restrictions will sap the economic rebound and reverse an equity rally that had driven stocks to a record. Matt Miskin, co-chief investment strategist at John Hancock Investment Management, told Bloomberg Television that the move to “higher-quality assets” such as Treasuries is justified. Americans should avoid traveling to the U.K. because of a surge in that nation’s spread of Covid-19, U.S. government and health officials warned.

“Risk aversion is firmly in place as the Delta Covid variant spread is triggering a flight to safety,” wrote Edward Moya, senior market analyst at Oanda. “Equities were ripe for a pullback given Wall Street was in agreement that this is ‘as good as it gets’ for peak earnings, economic growth, monetary stimulus. It is hard to hold risky assets over the short-term now.”

Geopolitical jitters also resurfaced on Monday after the U.S., the U.K. and their allies said the Chinese government has been the mastermind behind a series of malicious ransomware, data theft and cyber-espionage attacks against public and private entities -- including the sprawling Microsoft Exchange hack earlier this year.

Here are some of the main market moves: