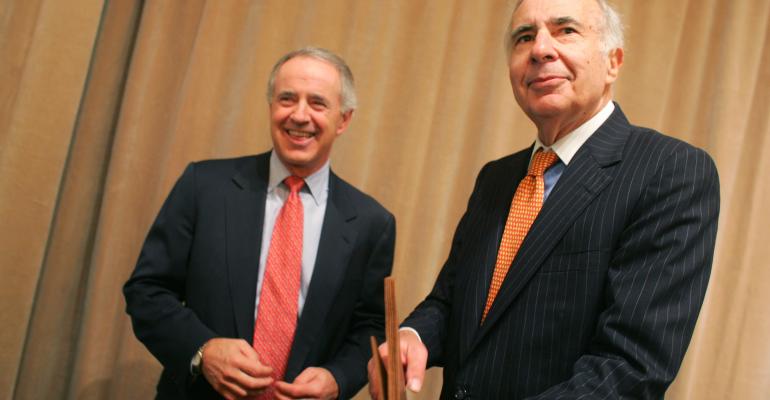 Trump often spoke admiringly of Icahn during his presidential campaign and cited him as an example of the kind of business person he would seek advice from if elected.

By Mike Dorning and Beth Jinks

"His help on the strangling regulations that our country is faced with will be invaluable," Trump said in a statement announcing the appointment.

The two men are mutual admirers. Icahn endorsed Trump in September 2015 and had been mentioned as a possible Treasury secretary, an idea he repeatedly dismissed. Trump often spoke admiringly of Icahn during his presidential campaign and cited him as an example of the kind of business person he would seek advice from if elected.

Icahn, with an estimated net worth of $20 billion, is the 20th richest man in the U.S., according to the Bloomberg Billionaires Index. Icahn holdings include biotechnology, energy, metals, auto parts, casinos, telecommunications, real estate and rail cars. He primarily invests his own fortune, rather than relying on money from outsiders.

Democratic National Committee spokesman Eric Walker criticized the conflict of interest of being "in charge of overseeing regulatory overhauls while simultaneously controlling or owning stock in companies that could benefit from the changes he makes."

“The corrupt nature of this arrangement cannot be understated," Walker said. "Voters who wanted Trump to drain the swamp just got another face full of mud.”

Icahn has attacked the EPA repeatedly over costs his refinery investments face complying with renewable-fuel mandates. Icahn cheered the nomination of Scott Pruitt to head the EPA, saying Trump consulted him on the pick.

Following the election, Icahn reiterated his calls for reducing regulations that have “run amok” while saying some curbs, including the Dodd-Frank law, were necessary. Businesses need assurance that the government is on their side in order to increase capital spending and boost productivity, he said.

He has frequently urged the government to undertake fiscal stimulus, particularly focused on infrastructure spending, and to ease tax rules to encourage U.S. companies to bring back cash amassed overseas. Trump has adopted both of those proposals as priorities for his presidency.

Icahn has supported Trump’s calls to end favorable tax treatment for carried interest, a policy that mainly benefits hedge fund and private equity managers. He also agrees with Trump that the Federal Reserve is overdue in beginning to raise interest rates.

Icahn made his mark in 1984 with a large stake in Texaco during its failed merger with Pennzoil. His ensuing proxy fights with TWA, Nabisco, Gulf & Western and Uniroyal earned him the moniker of corporate raider, a description he shuns.