brought to you by
News

The Behavior Gap Lives On

Many advisors struggle with finding the right asset managers and the right investments to help their clients beat the markets. But the fact is, the average investor typically underperforms the average investment. That was the inspiration behind one of Carl Richards’ first drawings, shown below. But “The Behavior Gap,” as Richards calls it—the difference between how investors behave and how the markets actually perform—is even more persistent today than ever. For a lot of investors, 2012 felt like a terrible year, with the looming European debt crisis, the Libor scandal, a presidential campaign telling us everything’s wrong, and the fiscal cliff dilemma, says Richards, director of investor education for BAM Advisor Services. In fact, investors yanked $120 billion from U.S. stock funds last year. “There were a million reasons to sell that share, and I imagine a lot of people did,” Richards says. “But guess what? The S&P was up 16 percent.” Investors have been running from the stock market for the past five years. “That difference between how we feel about things and how things are in reality when it comes to our investments is often really problematic.” Is there any end to it? Bernstein Research analyst Brad Hintz, says not to expect retail investors to get off the sidelines until at least 2014. 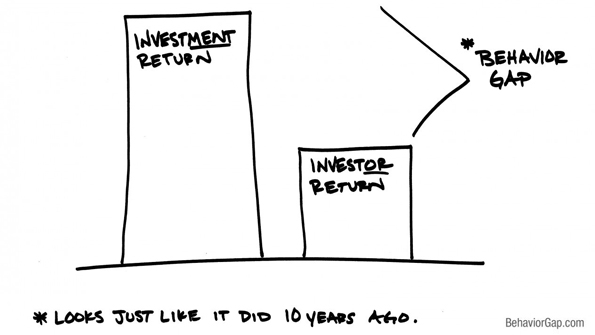