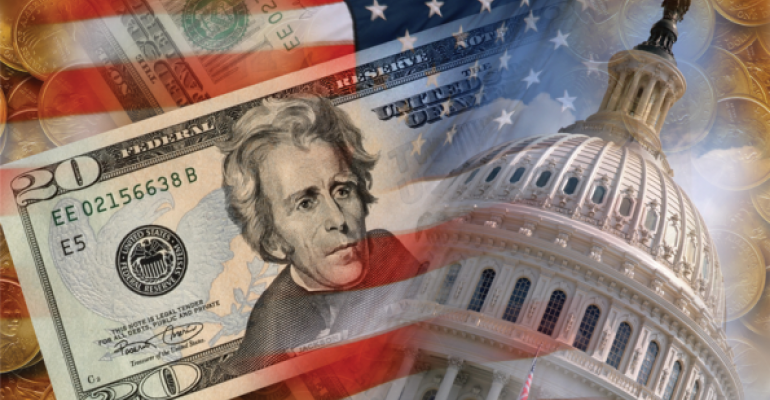 Many advisors are betting rising taxes for the wealthy over the next couple years, and are bracing clients for such a possibility, looking at Roth conversions, earned income, capital gains, and charitable contributions.

While it’s uncertain how federal and state governments will come down on taxes this year and next, many advisors are betting on rising taxes in several areas and are preparing their wealthy clients for that possibility.

“With the COVID-19 crisis and political unrest, it does not matter what happens in the election, we can count on taxes going up,” said Sarah Carlson, an advisor at LPL affiliate Fulcrum Financial Group in Spokane, Wash. “We have never had such a period of time that the government has printed so much money. All that money needs to be paid back, so brace yourself, taxes will be going up.”

But even if we don’t have a new administration, federal and state governments are facing overwhelming budget deficits from the pandemic. The financial fallout from stay-at-home orders and the rising number of layoffs are putting pressure on their finances, leaving many advisors expecting tax increases for their affluent clients.

Fairfield, Conn.-based advisor Charles Rocco at MONECO Advisors thinks taxes will go up eventually, and certainly when the current tax reform expires in 2025. But he’s not convinced Congress will hike taxes during an economic crisis that could potentially continue for another year or more.

“Many of our clients are small business owners who were hurt the most during this pandemic. Until they can get their businesses back open and running like they were in early February, they wouldn’t be able to survive a tax increase in addition to declining earnings. It may be several years before the economy stabilizes, and we will see substantial tax reform,” Rocco said.

Still, Rocco, like many other advisors, is preparing his clients for the possibilities.

Roth Conversions
Both Rocco and Carlson said they are encouraging their clients to make Roth conversions before the Dec. 31 deadline since taxes are low and the market dropped in the first quarter.

A single person who makes $50,000 a year is in the 22% tax bracket. They could convert $35,525 of their IRA, increasing their income to $85,525, and still be in the 22% tax bracket, says Carlson. For reference, the 22% tax bracket covers single-filer incomes between $40,125 and $85,525. After this year, the tax rate for that income bracket could go up, so to convert now takes advantage of the current rate. And it makes the growth on those shares forever tax-free because the person is paying on the rate of the reduced share price inside a Roth IRA, says Carlson.

“In February and March, when the market dropped to the 2016 level, I urged all of my clients to do some Roth conversions and IRA funding. For those who took the advice, they benefited tremendously. When the market recovers, so [will] their wallet. More importantly, all those gains are tax-free,” said Rose Swanger, an advisor in Knoxville, Tenn.

“For clients who missed the early Roth conversion, they still have the remaining five months to mull it over,” she said. “Moreover, instead of doing a lump-sum conversion, they can do a gradual one.”

The pandemic pushed the White House to provide financial aid wherever it was needed. One chosen avenue was waiving required minimum distribution payments from individual retirement accounts and 401(k) plans for 2020. Clients get a year off if they choose, and so do non-spousal inheritors of these retirement accounts who are required to draw down the account within 10 years instead of their life expectancy.

Financial planner Melissa Brennan at LPL affiliate ARS Private Wealth in Houston is considering Roth conversions with her clients who are in or near retirement to capitalize on the waived RMDs and a recovering market. She’s telling clients to max out the lower tax brackets with Roth conversions this year.

“Under normal circumstances, an RMD can’t be converted,” she said. “Instead, a conversion would be taxable distribution in addition to and separate from the RMD. When an RMD is reinvested inside a taxable investment account, future investment income and capital gains are taxed. With a Roth conversion, tax is paid once. A Roth conversion isn’t just good for the client, it is good for the family.

“My clients’ children are often in their peak earning years. The children don’t want or need additional taxable income. A Roth IRA is a more attractive inheritance because the account can continue to grow tax-free for 10 years, and when the required distribution is made it doesn’t trigger any tax.”

Capital Gains
Carlson is also encouraging her clients to take capital gains now. She believes the capital gains tax will be one of many tax rates the federal government will use to recoup its losses from COVID-19 this year. The long-term capital gains tax is currently at 15% for incomes between $40,001 and $441,450 and 20% for income beyond that. Short-term rates match the rate on a client’s ordinary income.

“For our clients that have pretty large embedded capital gains, the capital gains rates are as low as they've ever been for everyone,” said James Werner, advisor and co-founder at Austin-based Silicon Hills Wealth Management. “If you’re in the lowest tax bracket, you actually have a 0% capital gain. And so there's some ability to harvest gains there that there might not be [in the future]. If we went from the 0%, 15%, 20% structure that we have now to the 28% structure that we had before, that's a huge difference.”

Nicholas Hofer, president of Boston Family Advisors, has a client base that skews towards private equity professionals and venture capitalists, so he’s eyeballing the status of the capital gains tax, as well. “Private equity professionals and venture capitalists have vast amounts of capital gains given their investments. Any change in this tax rate greatly impacts our planning for these folks,” he said.

“Because 401(k) limits are fairly low relative to [my clients’] incomes, it's vitally important to control as much as they can with the various vehicles they have available to them,” he said.

Policar is advising this to 25 of his clients who have a guaranteed interest rate nonqualified deferred compensation plan. For the ones that don’t have such a plan, he said he invests in a manner that is appropriate with the client’s volatility tolerance.

“Because the money can be accessible before retirement, I try to take a slightly less volatile approach,” he said. Nonqualified deferred compensation plans allow account holders to take distributions for shorter-term goals.

Carlson, however, said there is a reasonable argument not to defer money through deferred compensation plans or a non-matched retirement plan because of future income tax rates.

"What if your tax rate now is so much lower than it will be in the future? If taxes are going up, it takes away incentives for people to save in a tax deferred way, especially if they are within five years of retiring. Perhaps a better option would be to save after-tax and then grow it tax-free, such as a Roth IRA or a 401(k) Roth election," said Carlson.

Another area of the tax code that could see reform is in estate taxes. A potential shift has advisors talking to clients about possible steps to take, given that some policies may no longer exist in the near future.

“The federal estate tax is 40%, a number higher than the highest current marginal tax rate (37%) – and even higher than the 39.6% prior to the recent tax cut. The increase in the federal estate tax exemption to $23.16 million for couples ($11.58 million for single taxpayers) is set to sunset in 2026. However, we could see this exemption change much earlier given the pending election or with increasing deficits. If the rate returns to the $11.58 million for couples/$5.26 million for singles, a lot of estate planning techniques need to be explored,” said Hofer.

Michael Whitty, a financial planner and estate planning attorney at Freeborn & Peters in Chicago, is prompting his clients who are ready to make transactions such as intra-family loans and grantor retained annuity trusts (GRATs) to do so now. He’s been pushing investors who are awaiting the results of the elections to spend one hour with him over the phone to draft a preliminary plan of action. These plans identify the amount the client is willing to give away, the appropriate trust for the gift, the type of assets to use, whether an appraiser is needed, and the valuation risk mitigation technique that should be implemented, he said.

Whitty added that older clients should also reconsider whether to continue to hold onto assets that they'd been retaining to achieve a step-up in basis for capital gains tax on death, as that might be going away if Biden takes office. Biden proposed nixing the tax feature that allows individuals to pass tax-free capital gains to an heir.

Charitable Contributions
Werner speculates that 2020 may be the last year to make large or unlimited charitable contributions. Biden’s aim to quickly undo the tax policies of the Trump administration threatens itemized deduction features that some individual and family investors favored.

“Prior to the recent tax legislation, [my clients] would have been means-tested out of [large charitable contributions]. I've got a client with $1.2 million annual income and they didn't benefit at all from doing charitable contributions before. But now they benefit dollar for dollar—for every dollar they give over the standard deduction,” Werner said.

Werner recommends doing “a large donation into a donor-advised fund or foundation, or something like that, and take the entire [tax] write-off for it this year.” He’s also urging clients to consider qualified charitable distributions if they are 72 years old and above and have a qualifying IRA.

“The way it works is you can take a distribution from your IRA, but instead of taking it into your personal account, you can redirect it to the charity of your choice,” he said. “And as long as the donation is under $100,000 the entire amount that you donate from your IRA is considered basically tax neutral. It will show up as a distribution on your tax return and then the net tax will be zero.”

“I mentioned to all my clients, do not bet on the market nor the election. In any uncertain times, do what you can control is the best method to stay stress-free,” Swanger said.