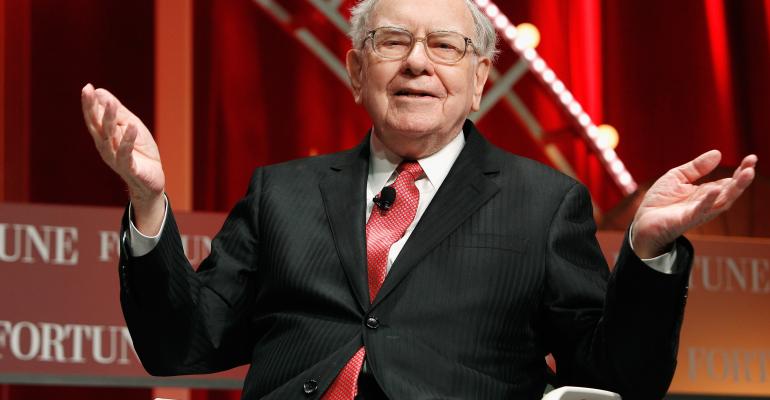 What Does Warren Buffett’s Net Lease Investment Mean for the Sector?

The investment signals Buffett’s confidence not only in Store, but also in net lease properties.

Such is the case with the recent purchase by Buffett’s conglomerate, Berkshire Hathaway, of a 9.8 percent stake in Scottsdale, Ariz.-based Store Capital Corp., a net lease REIT. The investment—in the form of 18.6 million privately-placed shares of common stock valued at $20.25 apiece—totals $377 million. Berkshire Hathaway is now Store’s third largest shareholder.

The investment signals Buffett’s confidence not only in Store, but also in net lease properties, says Ralph Cram, president and manager of Envoy Net Lease Partners LLC, a real estate finance company specializing in single-tenant, net leased assets. The cash infusion underscores the fact that the triple-net sector has hit bottom and is climbing back, Cram adds.

“We have seen buying activity of individual properties pick up significantly over the past 45 days,” he notes. “I believe that long-term rates falling recently has helped the triple-net market as well. So the worst has passed for now.”

“The deal suggests there is value in Store’s unique platform in a fragmented net lease industry, and in management’s demonstrated history of generating favorable results for shareholders,” Knott says.

According to Knott, Store carefully evaluates and monitors its investments, and produces solid returns by taking “intelligent risks” with its underlying real estate.

On the day Buffett’s investment was announced, a number of publicly-held shopping center and mall REITs benefited from a bounce in their stock prices. So will the Buffett deal have a more sustained ripple effect on those REITs?

Knott doesn’t think it will. Less than 20 percent of Store’s portfolio is in retail real estate, with the REIT being most heavily invested in properties catering to the services sector, he says.

“I think Berkshire had the most interest in management’s past track record, its process and platform, and the unduly cheap valuation on the stock at the time of its investment, rather than making some kind of direct bet on retail real estate,” Knott says.

Besides, any stock gains that retail REITs enjoyed thanks to Buffett’s investment in Store could easily be diminished by near-term instability in the retail sector.

“We still have another 12 months of store closings to go through, but fewer closings will be in the single-tenant sector, except for several legacy casual dining restaurant chains,” Cram says. “Retail real estate ownership has become a very capital-intensive business due to re-tenanting costs, and investors may be underestimate this cost.”

“From the inception of Store [in 2011], a substantial majority of our real estate investments have been centered on tenants who are involved in providing services,” Volk said. “This is fully intentional. Service providers that require human interaction are less likely to be disrupted by alternate modes of delivery.”

Volk told Wall Street analysts that the occupancy rate of Store’s portfolio stood at 99.5 percent in the first quarter.

In a first-quarter earnings call, Jay Whitehurst, CEO of the Orlando, Fla.-based company, acknowledged that some parts of the country are “over-retailed.” But he noted that his REIT’s portfolio—featuring Sunoco, Mister Car Wash and LA Fitness as the biggest tenants—boasts a 99.0 percent occupancy rate. And, according to Whitehurst, the portfolio has hardly any exposure to tenants that are stumbling in the e-commerce era.

“We have very little apparel in our portfolio, and other retailers that in the mall settings are struggling mightily,” he said.

Over at net lease REIT Realty Income Corp.—whose stock price also went up a notch post-Buffett—there’s not much concern about the implosion happening in traditional retail. The REIT’s top tenants include Walgreens, FedEx and Dollar General.

In a first-quarter presentation to institutional investors, executives with the San Diego-based REIT reported it has minimal exposure to tenant categories that have been hardest hit by bankruptcies since 2007: casual dining, sporting goods and grocery.

The REIT’s occupancy rate during the first quarter was 98.3 percent—and has not dipped below 96.0 percent since 1996.

The REIT’s 2016 annual report delivered a bullish outlook for this year.

“Given the opportunities we are seeing that meet our investment parameters, we anticipate completing approximately $1 billion in high quality acquisitions in 2017 at attractive investment spreads and favorable risk-adjusted returns,” the report says.