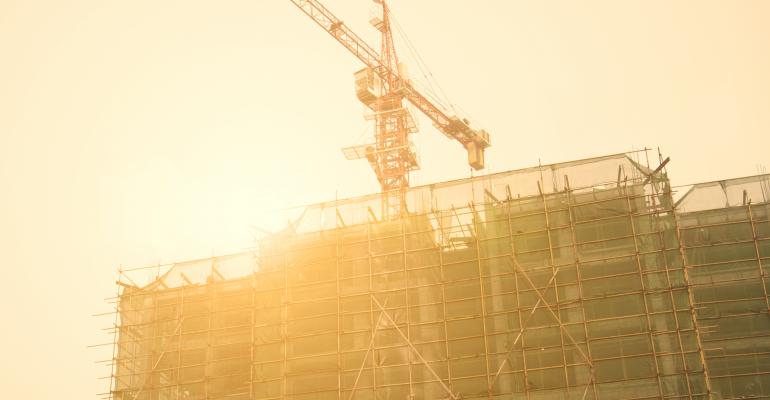 Triple Net Lease Buyers Are Willing to Pay Premiums for New Construction. But Is It a Smart Move?

Given the current pricing, the question is what will the returns be for investors when it comes time to sell or refinance properties?

A growing number of 1031 exchange buyers are paying a premium to buy newly constructed triple net lease retail and restaurant locations. But some of those investors may be in for a rude awakening when it comes time to calculate returns on an exit strategy.

The sweet spot for 1031 investors has typically been assets priced below $6 million, and demand is pushing prices higher and cap rates lower in that segment of the market. Buyers have an especially big appetite for newly constructed assets with long-term leases and high credit tenants. For example, a newly constructed Walgreen’s in Valley Stream, N.Y. with 24 years left on its lease term sold in May for $14 million or $1,055 per sq. ft. and a cap rate of 5.3 percent.

“Cap rates are the lowest that I have ever seen, especially the demand for newly developed product,” says Jason Maier, a senior director at the Stan Johnson Co., a brokerage that focuses on net least transactions, in New York City. During 2016 and early 2017, transaction volume in the sector slowed due to uncertainty surrounding the presidential election. Sales activity came roaring back in the second quarter, and cap rates have since compressed by 25 to 50 basis points for newly constructed properties, he adds.

Given the current pricing, the question is what will those returns be for investors when it comes time to sell or refinance properties? “That is really a big problem and an ongoing conversation that we have all the time,” says Maier. Most investors are buying a steady income stream. However, if a deal is structured with flat or minimal rent increases and there is a 100 or 150-basis-point increase in the cap rate at the time of the sale, it will result in a loss to the seller.

Newly constructed properties are selling for a premium in part because they “check a lot of boxes” for 1031 investors, notes John Feeney, a vice president at The Boulder Group, a brokerage firm that specializes in the net lease sector. For example, net lease quick service restaurant (QSR)-occupied buildings sold for an average cap rate of 5.56 percent during the second quarter. However, restaurants constructed in 2016 and 2017 sold for about 30 basis points lower at an average cap rates of 5.25 percent, according to The Boulder Group.

Will rents hold up?

Some developers are getting nervous that their exit cap rate is going to be higher, meaning that the property sale price will be lower. So in order to justify the project, they are trying to push rents. Rents on newly constructed single tenant QSR properties rose 8 percent year-over-year as of second quarter, according to the Boulder Group.

One issue is whether the rents are sustainable for the tenant’s business. Another question is how those lease terms will stand up to future market cycles. A downturn could put the tenant in the driver’s seat to negotiate a rent reduction.

Investors do need to do their due diligence in that regard, such as making sure rents are in line with what a tenant is paying across the board and how the unit compares to average unit volume of other restaurants, notes Feeney. Investors should make sure that their tenant is in a good position to be a healthy business and that they are not set up to fail from the beginning, he says. Owners can mitigate risk by structuring the lease so that they can keep tabs on the tenant’s sales and financials. If an owner doesn’t have financials or sales data on their tenant, then they are going into a negotiation blind and the tenant has the advantage, he adds.

Some investors may have a big wake-up call in seven, 10 or 15 years down the road when it comes time to sell the building and the exit price turns out to be lower than the purchase price, or an owner has to drop the rent to entice a tenant to exercise renewal options. “That is one of the real beauties for these tenants is that they really do understand that they are going to be in the driver’s seat in the future and they are not going to be looking to increase rents in the future,” says Maier.

The bigger issue is flat rate leases. “We have really steered our clients away from any flat leases whatsoever, simply because we believe that the loss of value, depending on what the holding period is going to be, could potentially be at a loss,” says Maier. Those flat leases generate income, but oftentimes there is a real loss of value projected into the future, he says. Flat leases are still common amount drug stores, such as Walgreen’s.

There is a compelling reason for 1031 investors to pay a premium, and even overpay on buying a new asset, if it means avoiding a hefty tax bill. “That really is the mentality, and because there are so many of those investors out in the market it creates that enormous competition for the new 15-year or 20-year leases that have the best debt options available to them—without the fear of what happens on the refinance of the property beyond the first generation,” says Maier.

For the majority of 1031 buyers, the financial benefits are still worthwhile even at aggressive prices. For instance, even when projecting an exit cap rate that is 150 basis points higher, and accounting for the income generated during the hold period, only about 10 percent of the time does underwriting show a loss that is greater than what the investor would have paid in capital gains taxes without the 1031 exchange, notes Maier. So there are still a lot of benefits to this form of investment, not to mention other factors such as deductions on mortgage interest and estate planning, he adds.

The market is not too frothy, because there is real value in the real estate, real rent growth and value in the credit of the tenants, notes Maier. “What’s really important to understand is that no one has a crystal ball to know where the market is going to be. So you have to insulate yourself the best you can and make good decisions,” he says. Maier advises clients to buy quality real estate and avoid leases with flat rate structures. And for those that do buy a property with a flat rate lease, it is important to make sure it is financed properly with an eye on debt and lease maturities.

Many 1031 buyers pay all cash, which takes refinancing risk off the table. Another thing that is different from years past is that a lot of the loans coming in from 1031 buyers are more conservative. People aren’t putting on 85 percent leverage with interest only debt for 10 years, notes Feeney.

The 1031 investors are willing to pay premiums over the REITs or other institutional investors. That doesn’t necessarily mean those buyers are going to be upside down in 10 years. “It’s more a factor of making sure that you understand the debt that you are putting on a property, if you decide to put on debt, and you have some idea of what things might look like in 10 years,” says Feeney.