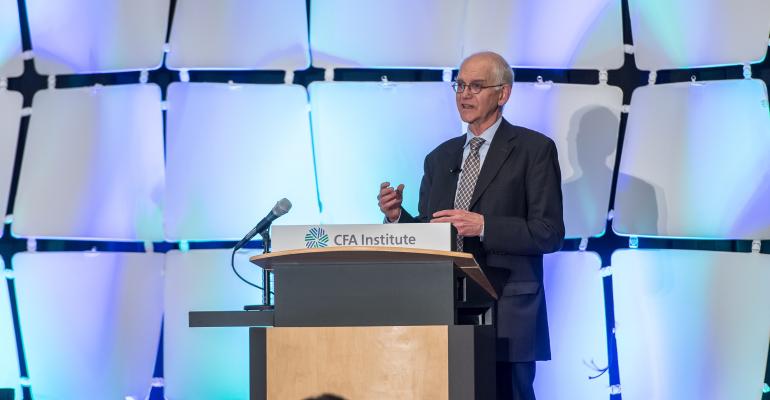 Will SRI Evolve Beyond a Niche Market?

Will socially responsible investing remain a niche market for investors who want portfolios that reflect their social or moral values?  Or do the strategies reflect macro themes in global demographics, natural resources, climate change and technology that make them more fundamental drivers of asset selection? According to Steve Lydenberg, Partner, Strategic Vision at Domini Funds, it's the latter.

A fundamental shift in responsible investing could include putting funds toward transforming systems, not just products, Lydenberg said, speaking at the CFA Institute’s annual conference in Montreal on Monday.

There has been an evolution in how we think about finance, Lydenberg said. In the 20th century, people prioritized avoiding risky securities. Then modern portfolio theory came along, which said you can invest in risky securities, as long as you balance out that risk. The next evolution, Lydenberg said, is to think about investing in terms of larger systemic changes to the global economy, be it through climate change or technological shifts, and investing with sustainability in mind. To that point, Lydenberg pointed to a recent Cambridge University study that found almost 45 percent of an equity investment portfolio would suffer near-term losses from the sudden awareness of the impact of global climate change, and only half of that loss is "hedgeable."

Thinking of risk along these lines helped SRI investment strategies go mainstream in the 2000s when data about the social records of public companies became available. Governments also put pressure on institutional investors, like state-sponsored pension funds, to become more conscientious of the intersection between asset investments and broad changes to the environment and society. Many financial institutions worked it into their valuation models because of the availability of that data.

These environmental, social and corporate governance factors (ESG), what some consider the core factors of socially responsible investing, are now being used across asset classes, not just individual equities. They’re being used in fixed income, with green bonds, in real estate and timber, and infrastructure funds.

But the strongest signal of the arrival of SRI as a market, Lydenberg said, is that the largest, most traditional asset managers are embracing it. Goldman Sachs purchased Imprint Capital Advisors, an impact investing asset management firm. BlackRock launched a new unit dedicated to impact investing. And in 2013, Morgan Stanley introduced its Institute for Sustainable Investing.

There’s also been a movement toward rating the products themselves. Morningstar announced in March that it will start rating funds based on their sustainability practices. The rating system will consider how well companies in a fund are managing the ESG issues most relevant to their industries and compare funds with one another.

Such rating systems will drive the growth and influence of SRI. But some questions remain, he said. Are the fund managers Morningstar is rating being intentional about their ESG filters, or are other considerations driving equity selection? Also, the rating system as it stands takes a narrow view of ESG and doesn’t include what else the manager is doing in terms of engagement, proxy voting, partnership with NGOs and public policy advocacy. That will be the next evolution, he said.