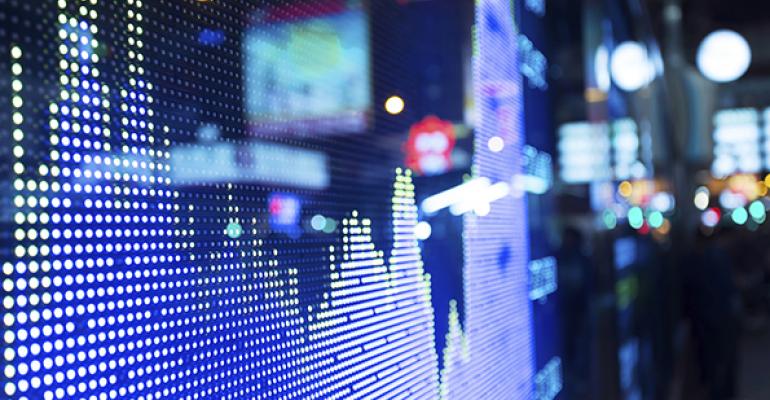 Who Needs Hedge Fund Managers When Computers Do the Job?

Being a hedge fund manager used to be the kind of job you did after a stressful life in banking. Now, not only are there fewer such roles, but they're as taxing as ever. Indeed, the entire money-management world is being turned on its head as investors realize that passive strategies are cheaper, and often perform better.

That's resulted in billions being yanked from hedge funds, which have been closing in droves. Brevan Howard Asset Management is the latest, with investors asking to pull about $1.4 billion from the firm's main hedge fund, people familiar with the matter said. The industry globally saw a net $15 billion exit between January and March, reducing assets under management to $2.86 trillion from $2.9 trillion, Hedge Fund Research said earlier this month. In Asia, investors redeemed $2.9 billion in the first quarter, the most in seven years, according to data from eVestment.

It's not only hedge funds hurting. Mutual funds, especially those that market themselves as actively managed, are suffering too. One of the most extreme examples was the collapse and subsequent decision in December by Third Avenue's Focused Credit Fund to halt redemptions. The pain has spread from Blackstone to Pimco and Franklin Templeton as investors shift to managers such as Vanguard and exchange-traded funds, which tend to charge lower fees and have mostly passive strategies.

In the taxable-bond category, a record 27 percent of the money in mutual funds and ETFs was run passively as of March 31, up from 20 percent at the end of 2013, Morningstar data show.

All that's caused much soul searching, not to mention cost cutting, at some of the world's biggest money managers. Janus Capital this week reported a 21 percent drop in first-quarter earnings as market losses took a toll on assets under management. BlackRock plans to cut about 400 jobs, or 3 percent of its workforce, people familiar said, as first-quarter profit slumped 20 percent.

With margins not fattening in the foreseeable future, any hiring sprees will be a way off.

It's more likely investments will be made in software before any further humans are added. That probably means people studying computer science have a better future in the financial industry than those in business school, something that is already true in banking, where new technologies are rendering many jobs obsolete.

Bankers betting they can fall back on a cushy investment management gig may want to look at financial technology, or fintech. It's a growth sector and could use some of their expertise. At this rate, hedge funds won't need it.

To contact the author of this story: Christopher Langner in Singapore at [email protected]

To contact the editor responsible for this story: Katrina Nicholas at [email protected]