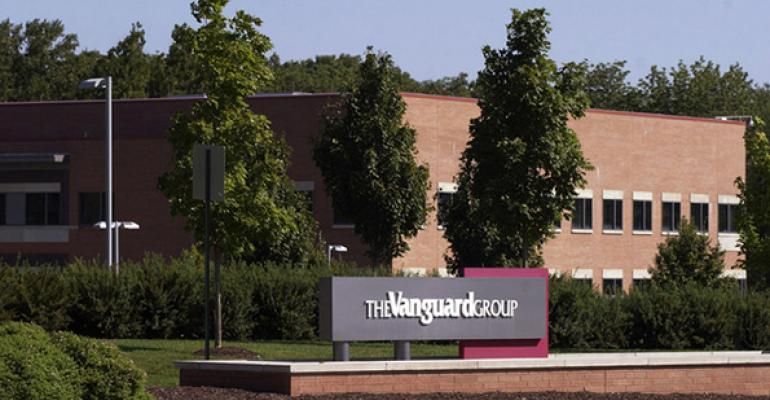 Vanguard Poised for Another Record Year as Index Investing Gains

(Bloomberg) -- Vanguard Group Inc. is on track for another record year of inflows as investors increasingly shun stock pickers.

The world’s largest mutual fund company attracted $198.4 billion in the first eight months of this year, a 19 percent increase from the same period a year earlier, spokesman John Woerth said in an e-mail Thursday. In 2015, Vanguard lured $236.1 billion, the most ever for the company.

Vanguard is benefiting as investors, frustrated by the lackluster performance and high fees charged by active managers, are pouring money into low-cost funds that mimic indexes, which is Vanguard’s specialty. Investors pulled $130.9 billion from active and exchange-traded funds through July 31, while adding $241.8 billion to passive funds, according to data from Morningstar Inc.

Vanguard had $3.3 trillion in U.S. mutual funds and exchange-traded funds as of July 31, 22 percent of the entire market, Morningstar data show. American Funds had a market share of 8.4 percent and Fidelity Investments had 8.3 percent.