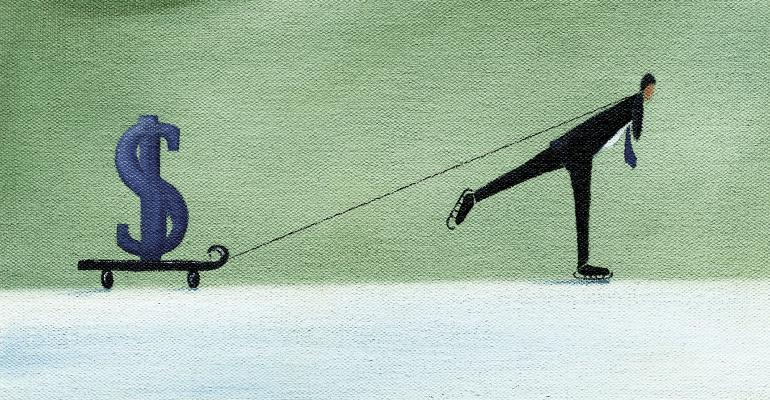 Is There a Risk in Risk Parity Funds?

These mutual funds attempt to best a standard portfolio allocation in all market conditions.

Risk parity funds advertise themselves as superior vehicles to provide a diversified investment portfolio that can thrive in all market conditions, compared to the standard 60 percent stock, 40 percent bond portfolio.

A diversified portfolio offers the best risk-adjusted returns, analysts say. “Risk parity is a way of doing asset allocation that gives you more diversity than a 60-40 portfolio,” says Josh Charlson, director of alternatives strategies for Morningstar. “It’s more adaptive to market conditions in terms of volatility.”

The thinking behind the funds is that a 60-40 portfolio isn’t significantly different from a 100 percent stock portfolio, as an inordinate amount of both the risk and return of the 60-40 portfolio comes from the equity portion.

So risk parity funds reduce the stock weighting and increase the bond weighting to reduce risk. And they use leverage on the fixed income positions to increase return. They also add commodities to the mix to increase diversification.

To be sure, the diversified portfolio provided by risk parity funds doesn’t guarantee positive returns, Kotecha notes. “A soup is only as good as its ingredients,” he says. “If what you’re diversifying across isn’t performing well, you won’t have positive returns.”

The funds register their best returns when all asset classes are going up at the same time, as has been the case this year. The risk parity funds tracked by Morningstar have produced an average return of 9.5 percent in 2016 through Oct. 28, compared to 6.3 percent for a 60-40 fund made up of the MSCI ACWI global stock index and the Citigroup WGBI global bond index.

On the other hand, the funds will register their worst returns when all asset classes are falling at the same time, which happened in August of last year and September of this year. “They’re long everything. So if it’s an environment where all risk assets are going down or only one performs well, you can understand why they’re down,” Kotecha says.

When it comes to risk-reward, Invesco Balanced-Risk Allocation Fund (ABRZX), by far the biggest risk parity mutual fund with $5.4 billion of assets, lives up to its billing. It has a Sharpe ratio of 0.99, compared to 0.95 for a 60-40 portfolio made up of the MSCI World stock index and the Bloomberg Barclays U.S. Aggregate bond index, according to Morningstar.

In BlackRock’s risk parity strategies, “we use a modest amount of leverage and limit our trading, which can erode returns,” says Trey Heiskell, senior investment strategist in BlackRock’s factor-based strategies group. “Fortunately, we are very liquid and so have the ability to act quickly if warranted” to adjust volatility and weightings.

Ahamed is concerned that others may not be as liquid as BlackRock. “If leverage is applied prudently, it can be a helpful tool,” he says. “On the flip side, it could magnify losses. In the end, it’s not so much the leverage, but the illiquidity [of leveraged positions]. Will they be able to withstand illiquidity if the market freezes up?”

The biggest risk for the funds now is a large and quick rise in interest rates, which could mean trouble for the leveraged bond positions, Charlson says. But a big, fast move in rates is unlikely at this point, he notes. And in any case, while fund managers target volatility, they can look at other factors too, such as duration and valuations. “The leverage risk isn’t too great,” Charlson says. Many economists expect the Federal Reserve to raise interest rates in December and once or twice next year.

Another issue Charlson sees for risk parity mutual funds is that they haven’t been around for a long time. Most of them are less than 10 years old, and many are less than five years old. “The benefits come from back-testing and assumptions about how they would perform,” Charlson says.

Again, the biggest test will be a sharply rising interest rate environment, he says. “In theory, as bond volatility increases, money moves out of bonds and into other areas. The leverage is not necessarily always there. It remains to be seen how well that works in practice.”

The commodity piece also represents a wild card, he says. If inflation rises, “the case for these funds is strong,” he says. But the volatility of commodities rules against using risk parity funds as a core holding, Charlson says. “If you have a portion of your portfolio devoted to 60-40 funds, a slice of that could be allocated to risk parity.”