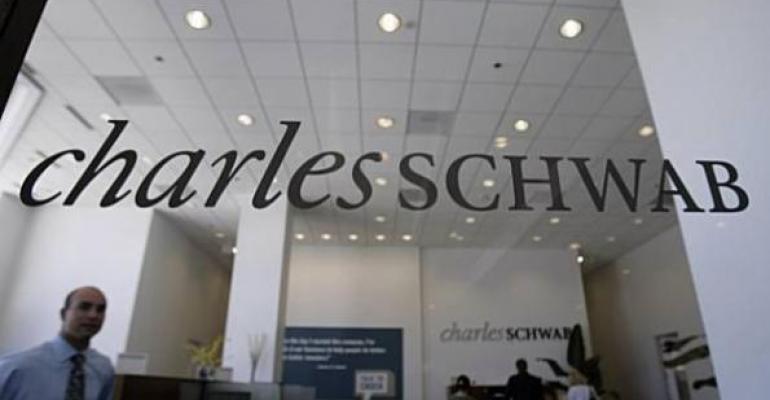 Charles Schwab announced Monday that it was lowering the entry point for its OneSource mutual fund platform from $2,500 to $100. The San Francisco-based firm added that investors can make subsequent investments as little as $1 in any fund available on Mutual Fund OneSource, down from $500.

Doug Hanson, head of Schwab’s third-party mutual fund platforms, said the minimum for Schwab’s proprietary products has been $100 for a while, so lowering it for the rest of the platform just opens more investment opportunities to smaller accounts.

Hanson said the move wasn’t directly influenced by the rising popularity of passive investment strategies, particularly exchange traded funds. Forty-three percent of total assets at Schwab are in mutual funds, and Hanson believes there will eventually be a move back to more active strategies.

“When that balance is restored and there are more and more [investors] going to active strategies, it’s likely to be in the mutual fund platform,” Hanson said. “We’re not going to change a client’s mind with lower investment minimum.”

But should people with only $100 to invest even be getting involved with mutual funds?

He added that the move isn’t solely targeted at small or first-time investors. Investing smaller amounts can help alleviate concerns about market timing during periods of volatility, Hanson said, and make it easier to have more in a portfolio than a single asset-allocation fund solution.

“This gives them proper diversification with a lower dollar amount,” Hanson said, adding that the new minimum opens up areas of the market that were previous inaccessible. “The one-size fits all strategy is not as prevalent today as it once was.”

Lowering the minimums could also be in a step in the direction of an automated mutual fund solution. At the IMPACT conference last week, Schwab CEO Walt Bettinger named mutual funds as one of the asset classes the company is looking to include in Intelligent Portfolios, Schwab’s automated investment service.

Hanson said he couldn’t elaborate much on this or other future plans for Mutual Fund OneSource, but said he believes mutual funds will still grow this year besides stagnant net flow.

“I think it’s important to know that OneSource and mutual funds are generally still a very health business.”