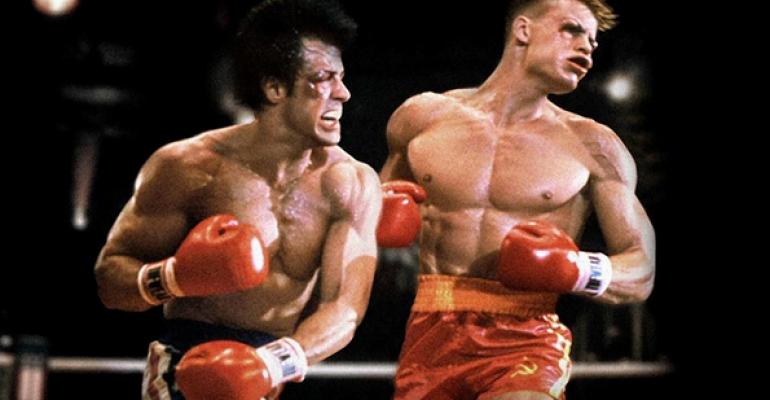 With the strong results of quant funds last year, some clients may be inclined to jump in. But for best results, pick management teams that have long records for delivering winning results.

In 2008, many quantitative mutual funds cratered and finished in the bottom half of their categories. Quant managers attribute the disastrous results to the panic selling that swept the markets. During the downturn of 2008, investors dumped stocks of all kinds, whether they had compelling values or not. That played havoc with the computerized models that quant funds rely on, which favor stocks with low prices or high earnings growth.

But lately the systems used by quant funds have been working. Quant funds that soared in 2013 include Bogle Small Cap Growth (BOGLX), which returned 46.8 percent and outdid its average peers by 9 percentage points, according to Morningstar. Bridgeway Large-Cap Growth (BRLGX) returned 37.2 percent, topping competitors by 3 percentage points. Other quant funds that excelled include Vanguard Strategic Equity (VSEQX) and Meeder Quantex (FLCGX).

Managers say that the problems of the downturn were exaggerated by turmoil in hedge funds. Forced to return cash to investors, leveraged hedge funds liquidated their portfolios. The selling hurt quant mutual funds because many of them hold the same stocks as computer-based hedge funds. As the losses mounted, the mutual funds faced a flood of withdrawals as frightened shareholders shifted to bonds or index funds. As a result, quant portfolio managers were forced to sell some of their favorite stocks, driving down prices further.

Now that markets have stabilized, the models are succeeding again. “We tend to underperform in environments when there are panics,” says John Ameriks, a principal at Vanguard who oversees the company’s quantitative funds. “In the last year, people have started to take risk in disciplined ways.”

Seeing the strong results of quant funds last year, some clients may be inclined to try computerized stock picking. But the funds are only suitable for patient investors who can hold through the inevitable periods when the models disappoint. For best results, pick management teams that have long records for delivering winning results.

A top choice is Bogle Small Cap Growth. During the past five years, the fund returned 27 percent annually, outdoing 97 percent of small blend peers. Bogle is no flash in the pan. Since its inception in 1999, the fund has returned 12.5 percent annually, topping the Russell 2000 index by 4 percentage points. The Bogle fund managers seek undervalued stocks that seem poised to grow. The quant models screen for troublesome signs, such as aggressive accounting or a slowdown in cash collected from customers. “Our models try to really dig into the financial statements and systematically compare one company versus another,” says portfolio manager Jonathon Lewis.

Meeder Quantex focuses on downtrodden stocks that seem poised to rebound. Portfolio manager Bob Meeder often takes stocks that have suffered sizable losses in the past 12 months. He bought First Solar (FSLR) after the stock tanked in 2012 because of fears about growing competition from China. Last year the shares rallied sharply when it began to appear that the U.S. solar industry was still alive and growing. As the financial crisis unfolded, Meeder purchased shares that had lost 90 percent in the previous year. “It took intestinal fortitude to buy stocks that had been taken to the woodshed,” he says.

The unloved stocks performed poorly in 2008, when the fund lost 43.1 percent. But in the rally of 2009, many of the depressed shares soared, and the fund gained 77.4 percent. During the past five years, Meeder returned 28.3 percent annually, outdoing 97 percent of mid value competitors.

A steady performer is Fidelity Small Cap Enhanced Index (FCPEX). The fund aims to outperform the Russell 2000 index while taking only a bit more risk. The sector weightings of the fund are similar to the figures for the benchmark. But the Fidelity portfolio has a lower price-earnings ratio and a higher earnings growth rate than the index. “We favor companies with high returns on equity and good operating margins,” says portfolio manager Maximilian Kaufmann.

Fidelity’s high-quality stocks have proved relatively resilient in downturns. The fund outdid most quant competitors during 2008. Fidelity also topped peers when concerns about the euro crisis caused many funds to sink in 2011. During the past five years, the fund returned 21.4 percent annually, topping 61 percent of small blend funds.

The Bridgeway funds rely on screens that favor undervalued stocks with price momentum. The portfolios tend to have price-earnings ratios that are substantially lower than their category averages. Seeking bargains, the models often favor smaller stocks. The stocks in American Beacon Bridgeway’s portfolio have an average market capitalization of $22 billion, half the figure for large value peers.

The Bridgeway managers constantly work to improve their models. Since the financial crisis, the managers have employed a variety of tweaks to avoid repeating the disappointments of 2008. Bridgeway made important changes to the momentum screens. The momentum models are based on the notion that rising stocks tend to continue outperforming for several months. But in the financial crisis, stocks all of kinds dropped suddenly, blindsiding momentum screens. To prepare for another sharp downturn, Bridgeway added risk screens to its momentum models. Under the new system, the funds grow more cautious about momentum stocks as market risk increases.

Bridgeway’s Montgomery says that the new models faced a test in June 2013 when stocks sank in response to concerns that the Federal Reserve would taper its stimulus program. He says that the funds performed reasonably well. “This time we did not get blown out of the water,” he says.