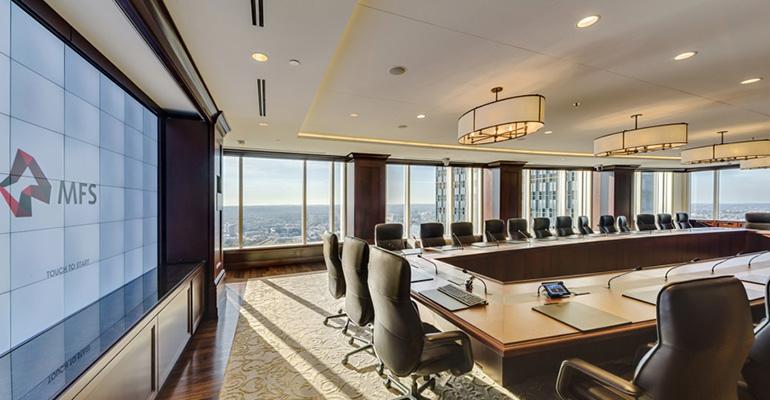 Investors are pouring into the $39.1 billion MFS Value Fund, which has added almost $2 billion in the past year. Flows into the $25.6 billion MFS International Value Fund have been so strong that the firm closed it to new investors in 2015.

The duo’s performance beat at least 95 percent of peers over the past five years, according to data compiled by Bloomberg, by selecting stocks of high-quality companies such as Johnson & Johnson and Nestle SA and holding them for long stretches. But MFS Value’s expansion into bank stocks such as Wells Fargo & Co., which is embroiled in a scandal for opening bogus accounts, has backfired.

“We own a lot of boring businesses that are great investments,” said Camille Humphries, who helps run the international portfolio at Boston-based MFS, which manages about $440 billion.

Both MFS funds favor consumer staples stocks while shying away from energy companies, whose performance rises and falls with the price of oil, and leading-edge technology shares that face a constant threat of being dethroned by newer competitors. The funds held up better than peers in difficult years like 2008 and 2015 and trailed in 2009, when stock markets globally staged a powerful recovery after the financial crisis.

MFS Value gained 7.7 percent in 2016 and 14 percent annually on average over the past five years. The international fund returned 12 percent a year since 2011.

“I don’t want my clients to cry over enormous losses during downturns,” said Kashif Ahmed, a financial adviser in Woburn, Massachusetts, who owns both funds and appreciates their “slow and steady” qualities.

They have defied the trend of investors fleeing actively run funds, which have been mostly underperforming indexes against which they are measured. U.S. mutual funds and exchange-traded funds run by stock and bond pickers suffered redemptions of $150 billion this year through Aug. 31, while passive funds attracted $286 billion, according to Morningstar Inc.

MFS Value received more than $6 billion in deposits over the five years ended Aug. 31, with about 30 percent of that coming in the past 12 months. Its international counterpart attracted more than $15 billion in that period, data from Morningstar show.

Steve Gorham, who has helped manage MFS Value since 2002, said it has always looked for companies with a durable model, strong balance sheet, significant free cash flow and leaders who put that cash to work wisely. Travelers Cos., a property and casualty insurer, has been a holding in the fund since 2008, returning $35 billion of capital to shareholders from 2006 to 2015 through share repurchases and dividends.

“If they had put that money back into the business it could have triggered a price war,” said Gorham, who joined MFS in 1989 answering customer telephone calls. “Instead they gave it back to us.”

KDDI Corp., a Japanese cell phone firm that MFS International has held since 2003, has benefited from similar discipline. The company has avoided price wars that are common in the mobile business and has focused on providing dividends to shareholders, said Humphries. Shares have more than tripled over the past five years as the S&P 500 Index has roughly doubled.

MFS Value has boosted its ownership of bank stocks in the past two years, betting the financially stronger firms can return capital to shareholders. JPMorgan Chase & Co. and Wells Fargo are among the top five holdings.

The bet isn’t paying off. Wells Fargo fell 10 percent over the past year, and Goldman Sachs Group Inc., another bank holding, is down 8.1 percent.

The international fund owns more technology stocks, about 15 percent of holdings, than its domestic counterpart. One of them, Telefonaktiebolaget LM Ericsson, a Swedish maker of network and software equipment, declined about 30 percent this year.

“Our ability to predict the next cycle of innovation is low and we don’t have the same level of confidence in the future cash flow,” said Gorham, explaining his decision to steer clear of most domestic tech names.

Although index funds have flourished since the financial crisis as many stocks have participated in the rally, the market is likely to lose steam in coming years, said Kate Mead, who helps manage MFS Value.

“I don’t think you want to own everything,” she said. “And if you do that is great for us, because we will be able to differentiate ourselves.”