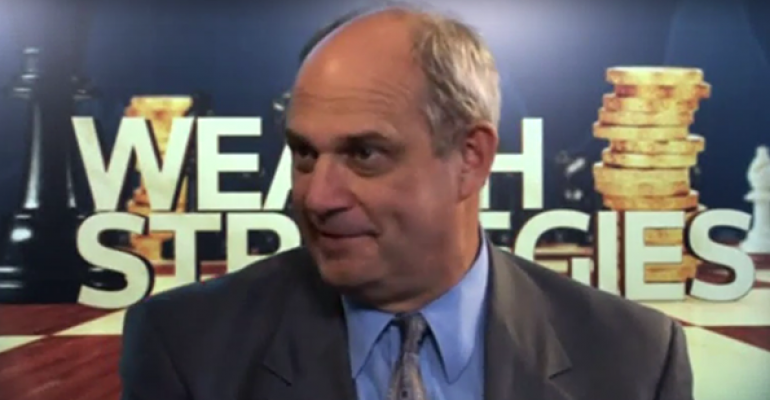 (Bloomberg) -- The mutual fund David Iben oversees lagged behind more than 95 percent of its peers for two consecutive years. This year, the chief investment officer’s performance stands out for the right reason.

The $682 million Kopernik Global All-Cap fund has appreciated 15 percent in 2016, beating 99 percent of its competitors, data compiled by Bloomberg show. It’s up 36 percent since hitting a Jan. 20 low. Iben went from among the worst to being one of the best by buying stocks of gold, utility, energy and emerging-market companies that were getting punished by the commodities rout and concern over slowing growth in the developing world.

“We do the opposite of what the market does, and when others are leaving, we are adding positions,” said Iben, whose firm is based in Tampa, Florida, by phone last week. “We probably were a little early buying the stocks that looked like bargains, and we had a challenging time as cheap stocks were getting cheaper and expensive stocks were getting ridiculously expensive, but we knew that sooner or later there will be a turnaround.”

Iben, a chartered financial analyst now in the 35th year of his career, started as an analyst at Farmers Group Inc. and made a name for himself in the early 2000s investing in beaten-down commodity companies. Between 2006 and late 2011, Iben’s Nuveen Tradewinds Value Opportunities Fund outpaced an average of about 78 percent of its peers. Iben’s bet on gold, mining and energy sectors pushed the Kopernik fund down 20 percent in 2014 and 12 percent in 2015, trailing 100 percent of its peers the first year and 97 percent the second, data compiled by Bloomberg show.

“It has been a deep, powerful, psychologically challenging bear market,” Iben wrote in a note to clients in February. “From current depressed valuations, the upside potential is enormous.”

Materials, industrial and utility sectors are the best performers in MSCI Emerging Markets and MSCI World indexes, after being among the worst in 2015. Almost 30 percent of Iben’s portfolio is invested in materials companies, compared with less than 5 percent of the benchmark MSCI All Country World Index. Industrials and energy stocks together make up another 30 percent of his fund, while healthcare and consumer discretionary stocks are less than 1 percent.

As of the end of February three out of Kopernik’s top 10 holdings were Russian companies, including lender Sberbank PJSC and Gazprom PJSC, the state-run natural gas producer. Russian stocks, about 18 percent of Iben’s portfolio, have made the second-biggest contribution to the fund’s outperformance this year after Canada, data compiled by Bloomberg show. Gazprom global depositary receipts have gained 18 percent this year, while power transmitter Federal Grid is up 29 percent.

“When the price of oil fell, people overreacted and started pricing in the end of hydrocarbons, and that led to a selloff of energy stocks across the board that made them ridiculously cheap,” Iben said. “Some companies in Russia are cheaper than anywhere else in the world. Investors are starting to like Russia more as oil prices are going up.”

The Kopernik fund, which Iben founded in 2013, is named for Mikolaj Kopernik, the Renaissance astronomer known as Copernicus, who bucked convention by theorizing that the Earth revolved around the sun. Total assets increased from about $100 million at inception to about $682 million today. Its performance has been helped by the return of investors to value over growth stocks. The MSCI EM Value Index has outperformed the MSCI EM Growth Index by 3.7 percentage points this year after trailing it by 7 percentage points in 2015.

“Going against the psychology of the market might be a hard task, and from time to time, we might not look too attractive,” Iben said. “It’s not about trying to get out near the top, but buying near the bottom.”