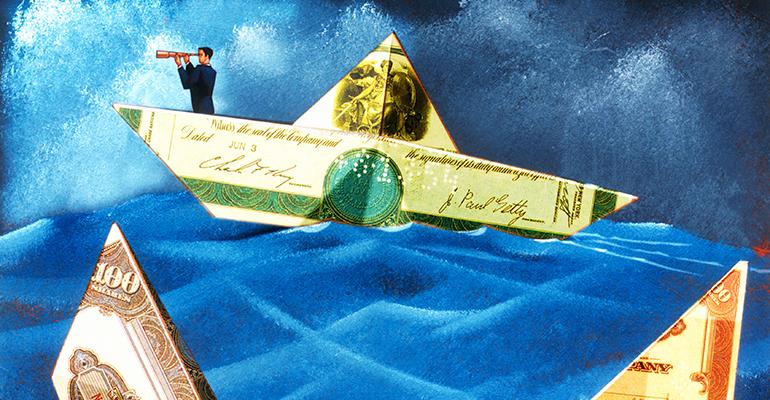 Is It Better to Have a Team or a Single Manager Run Your Fund?

(Bloomberg) --What’s the ideal number of portfolio managers for an investment fund? Whether you’re a proponent of a single-manager model or prefer shared responsibility, there’s a saying to support your view: “Two heads are better than one.” “Too many cooks spoil the broth.”

Indeed, there are good arguments in favor of both approaches. A single manager can be more decisive and ensure thematic consistency throughout a portfolio, albeit without the moderating influence of a second set of eyes. A fund management team offers the benefit of diverse viewpoints and increased bandwidth, perhaps with the risk of leaving money on the table when key issues require consensus.

Which approach works better over time? That depends on how we frame the issue. The world’s largest pools of capital are all managed by teams, which arguably answers the question at the outset: A single individual simply doesn’t have the capacity to manage tens or hundreds of billions of dollars single-handedly. In such circumstances, reliance on teamwork is paramount.

We can, however, conduct something of an apples-to-apples study to compare the performance of single-manager and multimanager teams running money against identical benchmarks. Even here, though, we might expect some differentiation of results.

It makes sense that a single manager might be able to outperform teams when the benchmark is a top-heavy index of well-known securities such as the S&P 500. In such circumstances the issue of bandwidth is probably less important.

For benchmarks such as small-cap or emerging-market stocks, however, one might reasonably posit that teams should outperform. Multiple managers can lavish greater attention on securities that are off the beaten path, uncovering diamonds that a single manager might not have time to unearth.

That’s the theory, anyhow. What does the data say? I’m a macro strategist who writes Bloomberg’s Macro Man column, and I decided to take a look. I compared the performance of the 10 largest single- and multiple-manager funds benchmarked to the S&P 500, Russell 2000 Index, and MSCI Emerging Markets Index. I looked at the average and median return of each cohort over 3-, 5-, and 10-year windows, as well as the average and median 10-year volatility. The results were pretty interesting. While there’s been intense focus in recent years on the travails of active fund managers, by and large the funds in our sample held their own against the relevant benchmarks. Of course, to some extent there’s probably some selection bias at work here: One would naturally expect the largest actively managed mutual funds to be those that have fared best against their benchmarks.

In any event, the idea that single managers have the capacity to outperform teams when bandwidth isn’t a big issue for the benchmark appears to have some merit. Among those mutual funds benchmarked to the S&P 500, the single-manager funds in our sample outperformed the multimanager funds on both an average and a median basis across every time frame in the sample.

They outperformed the benchmark as well, while the performance of the multimanager funds was much closer to the S&P 500 return. This might suggest that the consensus nature of team decision-making is naturally risk-averse, leading to fewer off-benchmark bets. We should note, however, that the average assets under management of the team-based funds ($69 billion) was more than twice that of the single-manager funds ($34 billion). That may also have had an impact on relative performance.

What about small caps? Is there any evidence that multimanager teams can tease out greater returns from the broad universe of stocks than a single fund manager? There may well be. Across the time frames in our study, multimanager funds tended to outperform their single-portfolio-manager equivalents, albeit at the cost of slightly higher realized volatility.

Single-PM underperformance against both multimanager funds and the benchmark has been particularly notable over the past five years. Similar to large-cap funds, multimanager setups had an average AUM ($8.6 billion) that was almost twice that of the average single-PM fund ($4.9 billion).

What about emerging markets? On the one hand, scouring the world for the Next Big Thing would appear to be tailor-made for a team-managed fund. On the other hand, the top-heavy nature of the MSCI Emerging Markets Index suggests that the decisiveness of a single-manager model could lead to more timely (and therefore profitable) decisions.

Well, the data have spoken, and the comparison isn’t particularly close. Especially over the past five years, single-PM funds have comfortably outperformed their multimanager equivalents on both an average and a median basis. If anything, however, the team-based approach appears better over a 10-year horizon.

Both sets of active funds have generally fared well against the benchmark. While team-based emerging-market funds once again had a higher average AUM ($9.3 billion), the advantage over the average single-PM fund ($7.1 billion) was less marked.

If we total up the results, then it would appear that a single-PM model tends to deliver better results than a team-based management approach. On both an average and a median basis, single-manager funds outperform their multi-​manager counterparts, with slightly lower volatility to boot.

Of course, things aren’t quite so simple. Multimanager funds did outperform in small caps, and generally speaking the team-managed funds in my study were handicapped with higher AUM, which can make it more difficult to deliver investment return.

Moreover, it would be incorrect to think of a single portfolio manager as some sort of lone wolf. Even those funds with a single decision-maker will have a team of analysts supporting the investment process that eventually determines the contents of a portfolio. Regardless of who pulls the trigger, teamwork is an indispensable part of active portfolio management.

To contact the author of this story: Cameron Crise in New York at [email protected]