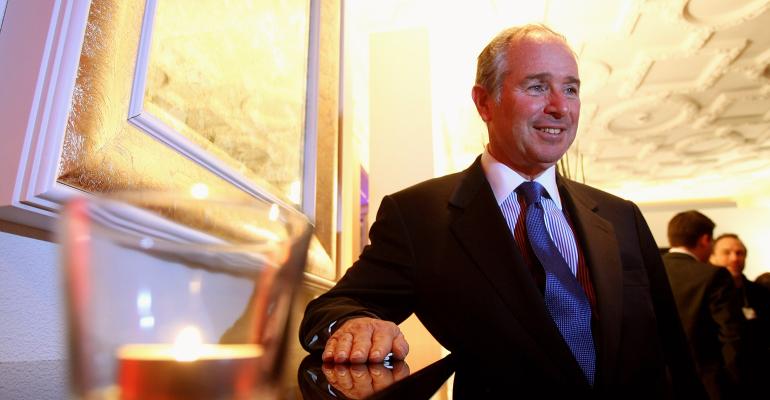 Blackstone to Shut Mutual Fund After Fidelity Pulls Out

The Blackstone Alternative Multi-Manager Fund will no longer accept new money and will be liquidated by May 31, according to a filing with the U.S. Securities and Exchange Commission on Thursday. The fund’s investment adviser will seek to convert all of its holdings to cash and cash equivalents to meet anticipated redemption requests.

Assets in the fund have shrunk to $629.8 million from $1.2 billion at the end of February. The decline reflects a large redemption by Fidelity, which had put almost $1 billion into the fund in 2013, a person familiar with the matter said last month. At the end of last year, a Fidelity unit owned essentially all of the fund’s shares on behalf of its clients, according to regulatory filings.

The New York-based firm also disclosed a management change at a separate mutual fund that allocates assets to managers who specialize in global macro, quantitative and opportunistic trading strategies, among others. The investment committee with oversight responsibility for the $3.9 billion Blackstone Alternative Multi-Strategy Fund will also handle its day-to-day management, according to a separate filing. Jordan is a member of the oversight committee.

In addition, D.E. Shaw Investment Management, a unit of David Shaw’s hedge fund firm, will no longer serve as a sub-adviser to the multimanager fund, according to the latest SEC filing. Blackstone had announced in July that it was adding the D.E. Shaw unit to the stable of outside managers for both the multimanager and multistrategy funds.

Blackstone’s multimanager fund has fallen 4.1 percent this year after gaining 4 percent in 2015. The multistrategy fund has declined 2.8 percent in 2016 after returning 3.6 percent last year.