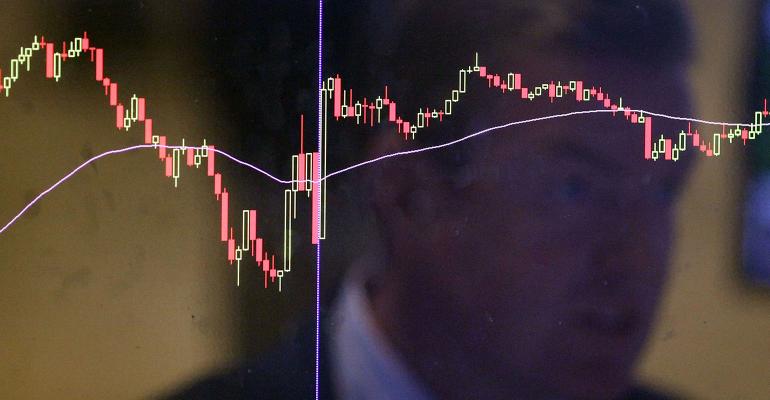 Beware the Lurking Tax Hit in Many Non-U.S. Equity Funds

Here comes the tax drag. Thanks to a 2010 rule change, many mutual funds this year and next will lose their ability to continue to offset taxes with accrued capital losses from the financial crisis, hitting after-tax returns.

A change in the 2010 tax code may have a material impact on after-tax returns in coming years. Non-U.S. equity funds may feel the pinch the hardest. Make sure to position your clients’ portfolios before it’s too late.

We all remember the Global Financial Crisis, when global stocks dropped 42 percent for the calendar year 2008, according to the MSCI All Country World Index. But it wasn’t all bad news for many mutual fund investors.

For the past eight years, investors in funds with CLCFs have benefited from the CLCFs in two primary ways:

Over the years, the strong U.S. equity market gains since 2008 have caused many U.S. mutual funds to deplete their CLCF reserves. As a result, investors in many cases have seen an increase in taxable distributions—as depicted in the exhibit below—and a reduction in after-tax returns.

According to Morningstar, as a whole, U.S. equity funds (active, passive, ETFs) gave up 2 percent of returns for the three-year period ending June 2016 to taxes—that’s twice as much as the 10-year average of just over 1 percent of returns given up to taxes. For example, a mutual fund with a 10 percent pre-tax, three-year annualized return actually had a return of only 8 percent on an after-tax basis. This loss of return (“tax drag”) of 2 percent is really a hidden expense ratio that can have a material impact on an investor’s ability to reach their desired outcomes. Too many investors fail to consider the tax drag as a factor when evaluating taxable investment options. Past performance is no guarantee of future results. Indexes are not managed and cannot be invested in directly. Changes to tax treatment of CLCFs: Implications for mutual funds

Unfortunately, a substantial portion of the CLCFs many international equity funds have accrued may soon be expiring without funds being able to use them up—because of a tax code change made in 2010. The Regulated Investment Company Modernization Act of 2010 changed the tax rules so that any CLCF that occurred in taxable years before December 22, 2010 expires eight years after occurrence while CLCFs that occurred after December 22, 2010 can be carried forward indefinitely.

The challenge is, many of the CLCFs mutual funds have on their balance sheets were created during the Great Financial Crisis in 2008 and 2009. So, under the 2010 Act, they are set to expire in 2016 and 2017. To make matters worse, the CLCFs accrued after the new tax rule was enacted must be used before a fund can use CLCFs banked before the rule was enacted. This further increases the odds of these pre-enactment CLCFs expiring. Many funds could well be losing a valuable tax offset from their balance sheets.

If non-U.S. equities see modest returns closer to their long-term average, the amount of capital gains distributed to investors will likely increase and the amount of after-tax return investors receive will decrease.

How can advisors help clients who may be affected?

Step 1: Determine whether or not your clients might be affected. This will require a bit of digging.

1. Typically, a fund will publish a schedule of its CLCFs in their annual Statement of Additional Information. Below is an example of how the data may be presented.

3. Measure the materiality of the expiring CLCF by comparing its size to that of the overall mutual fund. If the expiring CLCF represents a small percentage of the fund’s total AUM, it would only take modest positive market returns to eat through the CLCF.

Step 2: Consider moving affected investors, as appropriate, to funds that are tax-managed by design.

If the mutual fund’s investment objective mentions tax management, it opens up the toolkit the fund can use in an attempt to dial down tax drag and maximize after-tax return. Three considerations that will help advisors evaluate whether to move to tax-managed funds are the tax cost to switch, the expected improvement in after-tax returns and the investor’s time horizon.

Don’t wait until after the CLCFs expire before making this investment change. Delaying the decision may cause an additional and avoidable taxable event. Starting a tax-managed international equity approach before the CLCFs expire may lessen any related tax hit on appreciation of shares from now until the point when you decide to make a tax-managed move. You could also consider having clients invest new dollars and reinvest future distributions immediately in a tax-managed approach.

Investing beyond U.S. borders has the potential to improve returns and offer attractive diversification benefits, although diversification doesn’t protect against a loss. To further help reap the rewards of the potential return benefit of non-U.S. investment opportunities, it makes sense to take tax considerations into account in that part of your clients’ portfolios, too. This is truer than ever right now, when many non-U.S. funds may soon be losing the tax benefit of CLCFs.