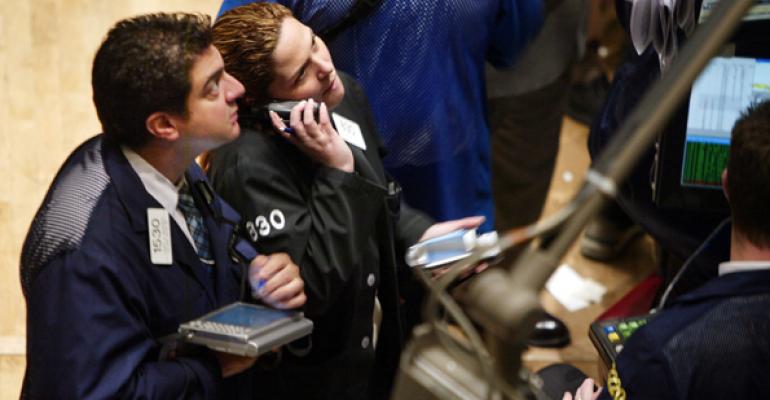 The Benefits of Low Frequency Trading

Some high-frequency traders may be getting rich, but rapid turnover is not necessarily the best way to operate a mutual fund, according to The No-Load Fund Investor newsletter. During the 10 years ending in 2013, large blend funds that turned over less than 26 percent of their portfolios per year posted annual returns of 7.5 percent, according to an analysis by the newsletter. In contrast, peers that turned over more than 78 percent lagged those lower turnover funds by a percentage point.

Low-turnover mutual funds enjoy clear cost advantages. Every time a portfolio manager trades, the fund must pay brokerage commissions and other transaction costs. But that doesn’t mean you should avoid high-turnover funds entirely, says Richard Dell, global head of equity research for Mercer, a consultant. Low-turnover strategies do not shine every year, Dell says. Since the financial crisis began in 2008, low-turnover approaches have excelled. But before the turmoil, high-turnover strategies enjoyed periods of outperformance.

Dell says that low-turnover managers tend to favor quality blue chips, which can deliver reliable earnings for long periods. Such steady stocks outperformed in the rollercoaster markets of recent years. But in the period before the financial crisis, stocks were less volatile. In that calm environment, quality stocks sometimes lagged. Among the top performers were high-turnover momentum strategies, which buy winning stocks and sell them when performance lags. For diversification, Dell suggests holding a mix that includes funds with different turnover rates. “There are many styles of investing that can generate outperformance,” he says.

Mairs & Power turns over 2 percent of its portfolio annually, compared to 62 percent for the average large blend competitor, according to Morningstar. The fund favors businesses that can grow steadily for years or decades because of durable competitive advantages. Most often the patient approach has succeeded. During the 15 years ending in March, Mairs & Power returned 10.2 percent annually, outdoing 99 percent of peers.

The Minnesota-based fund employs an unusual strategy, focusing on companies that are located in the Upper Midwest. By sticking close to home, the managers aim to follow their holdings closely. Portfolio manager Mark Henneman says that the localized approach is ideally suited for his region. “We have an enormous number of very high-quality companies in Minnesota,” he says.

A holding is U.S. Bancorp (USB), which ranked as one of the top-performing major banks during the financial crisis. By following a cautious strategy, U.S. Bancorp has maintained a solid balance sheet, which should enable the bank to continue growing, says Henneman.

Amana Developing World follows Islamic law, which frowns on money lending or speculating. To obey the rules, portfolio manager Nick Kaiser rarely trades. He avoids banks and focuses on companies that have little debt. Kaiser has stayed away from Russia because of concerns that the country is plagued by cronyism and corruption. “We do not want to be in markets where corporate governance is questionable, and stock trading may not be honest,” he says.

For protection, Kaiser sometimes takes Western multinationals that derive much of their sales from emerging markets. A holding is Dutch consumer giant Unilever (UN), which has been reporting rapidly growing food sales in China. The rock-solid blue chips favored by Kaiser have helped the fund perform relatively well in downturns.

Huber Capital Small Cap Value seeks companies with earnings that have sagged. Portfolio manager Joseph Huber aims to buy troubled stocks and hold them for years until profits rebound to their historical levels. The fund has an annual turnover of 4 percent. During the past five years, Huber returned 34.1 percent annually, outdoing 98 percent of peers.

In some cases, companies in the portfolio are reporting disappointing returns on equity because of the economic cycle. In other instances, earnings have sunk below previous levels after management made poor choices. To select promising turnaround candidates, Huber only takes companies with decent balance sheets and solid businesses. “Companies with good assets have the best chances of quickly reverting back to their old levels,” he says.

A holding is CNO Financial (CNO), which sells life and health insurance. Huber says that profits have been weak because some lines generated losses. But now the company has begun exiting the money-losing businesses. Over the next 10 years, profits should climb as CNO leaves unprofitable operations and invests in successful products.

Hennessy Focus seeks high-quality businesses that can increase their intrinsic values at double-digit rates for years to come. The portfolio managers aim to hold a stock for six years or more. The annual turnover rate is 4 percent. The fund typically holds about 25 stocks. “There are very few companies that are capable of compounding capital at a high teens rate,” says portfolio manager Ira Rothberg. “Once we find a great company, we tend to hang on.”

To limit risk, the fund aims to buy superior companies when they sell for price-earnings multiples that are below the market average. The managers often watch a great stock for years before a short-term disappointment pushes the price low enough to purchase. Hennessy has no holdings in basic materials and little in energy because companies in such cyclical sectors cannot deliver the kind of consistent growth that the managers seek.

A holding is American Tower (AMT), which owns towers that are used by cellular companies. The revenues are particularly steady because phone companies must sign long-term leases. Demand for the towers has climbed steadily as more smart phones have come to market. Revenues should continue increasing as the company expands overseas where phone traffic is growing rapidly.