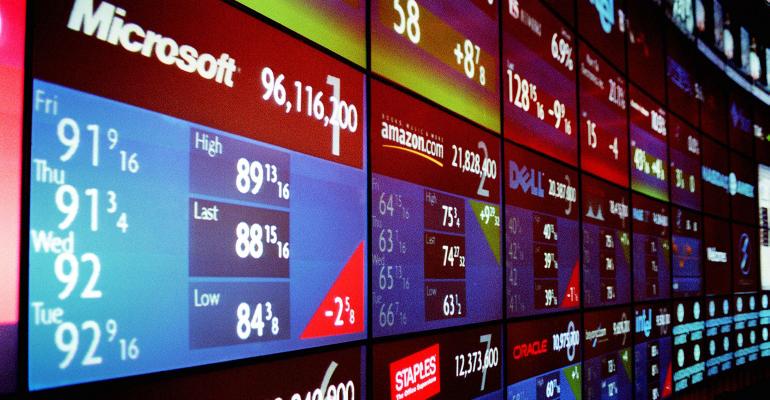 Meta, Amazon and other beleaguered companies are an outsized part of many of the most popular funds.

(Bloomberg) -- The recent plunge in shares of Meta Platforms Inc. is causing fresh pain to leading funds in retirement savings plans such as 401(k)s.

Some of the most popular retirement funds have large holdings of big-tech stocks like Meta, Amazon.com Inc. and Apple Inc. That boosted their performance in 2021 as shares surged to record highs, but turned into a drag this year as the broader stock slump hit high-flying technology companies particularly hard.

No big-tech stock has been hit harder than Meta (formerly known as Facebook), which has tumbled more than 70% this year, including a 25% slump Thursday after the company gave a disappointing revenue outlook and reported surging costs related to its investments in virtual reality.

Many of the most popular actively managed mutual funds in 401(k)s already had large losses from their big-tech holdings this year. Meta’s drop Thursday, alongside a downbeat assessment of holiday sales by Amazon.com Inc. that sent the online retail giant’s shares down nearly 10% Friday, deepened the decline.

While the Meta stakes in the three growth funds declined in recent quarters — some due to trimmed positions, in other cases due to the stock’s price drop — it remained among their top 10 holdings as of Sept. 30.

At the $90.8 billion Fidelity Contrafund, the stake in Meta was 6.2% at the end of the third quarter, down from 9.7% on Jan. 31, according to Morningstar data. In a Sept. 30 shareholder note, the fund remained bullish on Meta.

“We see it as a leading tech company that generates healthy operating margins and free cash flow,” the note explained. “We held steady the fund's commitment to Meta because its valuation is attractive relative to its expected rebound in free cash flow next year. It was our No. 4 holding at quarter end and our second-largest overweight.”

The $56.1 billion T. Rowe Price Blue Chip Growth Fund, meanwhile, held 2.8% in the battered tech company as of Sept. 30, down from 6.7% at the end of January. The fund sold some of its Meta stake earlier this year.