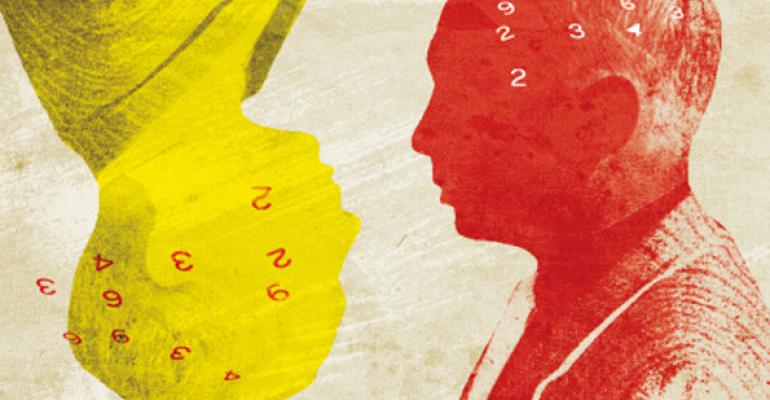 Contrarian funds should not get overlooked in raging bull markets. Long-term investors profit from the out-of-step strategies.

Last year the markets were not kind to the tight-fisted funds of First Eagle Investment Management. As stocks rallied, the managers held back, accumulating cash and emphasizing defensive holdings that could survive downturns. The approach produced losing results in a year when it paid to charge into volatile growth stocks. According to Morningstar, First Eagle U.S. Value (FEVAX) lagged 98 percent of large blend funds in 2013, while First Eagle Fund of America (FEFAX) lagged 72 percent of mid blend peers.

Should you dump your First Eagle funds? Probably not. Veteran contrarians, the First Eagle funds often lag in raging bull markets. But by limiting losses in downturns, the approach has produced strong long-term returns. During the past decade, the two First Eagle U.S. funds both finished in the top 12 percent of their categories. “A lot of our success can be traced to the times when we did not own certain overpriced stocks,” says First Eagle portfolio manager Robert Hordon.

The First Eagle managers were not the only ones who were out of step with the markets last year. Top fund companies that lagged badly include GMO, Royce Funds, and Weitz Funds. The managers all kept their feet on the brakes at a time when it paid to push on the accelerator. Despite their recent setbacks, many of the contrarian funds are worth considering because of their strong long-term track records and disciplined strategies. Since they follow cautious strategies, the odds are good that the funds will excel in the next downturn. But the contrarian choices are only suited for the most patient clients. The problem is that the managers can lag for several years as bull markets rage. During those protracted periods of underperformance, clients may pressure advisors to dump the losers and shift to the hottest funds.

In his many speeches and publications, GMO founder Jeremy Grantham has described how hard it is for clients to stay the course. During the late 1990s bull market, Grantham became convinced that technology stocks had become too expensive. Since they did not hold the hottest stocks, the GMO funds lagged the S&P 500, and clients grumbled. By the time Internet stocks collapsed in 2000, clients had withdrawn half their assets from GMO. In the following years, investors learned about GMO’s heroic performance and poured cash into the funds. But the money flowed out again as Grantham lagged in the bull market that began gaining steam in 2003. Many investors had already fled by the time GMO outdid the benchmarks in the downturn of 2008.

Whether or not the contrarian funds excel in the next year or two, they can be worth owning to lower the volatility of portfolios and provide diversification. With stocks reaching record highs in recent months, this could be an opportune time to buy one of the out-of-favor funds and prepare for the next downturn.

Among the steadiest choices is First Eagle U.S. Value. During 2008, the fund topped the S&P 500 by 13 percentage points and outdid 99 percent of large blend peers. The portfolio managers focus on solid companies that sell at discounts. The portfolio currently includes such rock-solid choices as Microsoft (MSFT) and 3M (MMM). “We like durable businesses with strong balance sheets,” says Hordon.

Seeking to avoid expensive sectors over the years, the First Eagle managers made a series of on-target calls. They shunned technology stocks in the late 1990s and steered away from shaky banks before the financial crisis. Such moves have helped the fund to post a lower volatility than 99 percent of large blend funds.

Most Royce funds focus on stocks with high returns on equity and strong balance sheets. The managers aim to buy such solid businesses when they have fallen out of favor. Among the least volatile choices is Royce Dividend Value (RYDVX). Many studies have shown that dividend stocks tend to hold their value in downturns and outperform over the long term. But last year, dividend stocks lagged. While Royce Dividend finished in the top quarter of small blend funds in 2008, it landed in the bottom quarter in 2013. A sizable cash stake slowed results last year.

Portfolio manager Jay Kaplan usually avoids utilities and REITs because they have leveraged balance sheets. Instead, he prefers workhorse industrial and financial companies that have limited debt. A holding is Reinsurance Group of America (RGA), which provides reinsurance to life insurers. The company has few competitors and a long history of producing profits. But the shares sell for less than book value. “This is a mature business that has grown relatively steadily over time,” says Kaplan.

Weitz aims to buy undervalued stocks with strong cash flows. When he can’t find bargains, portfolio manager Wally Weitz holds cash. During the meltdown of 2008, Weitz snapped up discounted shares, and Weitz Partners Value (WPVLX) had 5 percent in cash. In the past year, the cash stake topped 25 percent as Weitz sold winners. These days, Weitz says that many of his favorite companies are performing well, but the prices have simply gotten too high. “If we have a 20 percent correction tomorrow, we would put most of the cash to work,” he says.

Weitz likes solid companies that have repeat customers. A holding is TransDigm (TDG), a maker of replacement aircraft parts. Revenues are reliable because the company has a monopoly on many parts, says Weitz.

The GMO managers are pessimistic about the long-term outlook for stocks. Jeremy Grantham says that stock valuations are above their historic averages. During the next seven years, small stocks will lose 4.5 percent annually, while large caps will decline 1.3 percent. To prepare for harder times, GMO US Core Equity owns high-quality stocks, such as Johnson & Johnson (JNJ). Most of the GMO funds are designed for institutions. Retail investors can buy Wells Fargo Advantage Asset Allocation (EAAFX), which is run by GMO. The fund has excelled in downturns and has a relatively low volatility.