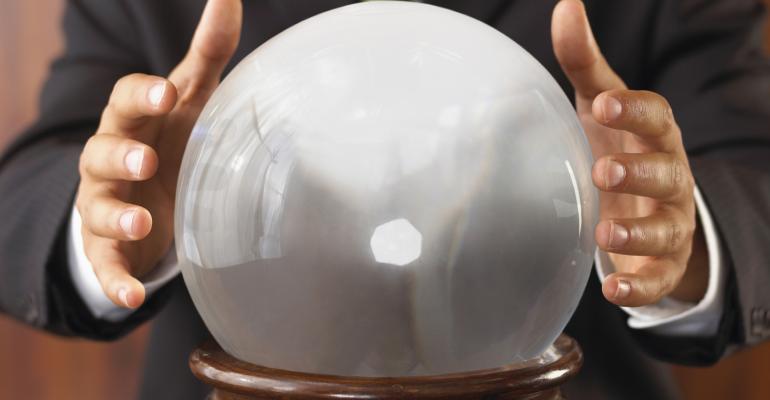 A new study says advisors are better at predicting future fund winners, but is it skill or statistical noise?

Investment gurus have long-debated whether active mutual fund managers can outperform the market, and whether advisors can choose winning funds for their clients’ portfolios. Much of the evidence says they can’t. But a new study by CoreData Research claims that U.S. financial advisors are better at predicting future fund performance than the general market—at least over a short period of time.

“There’s no academic data to support the idea that brokers, or advisors, can pick actively managed funds that are going to outperform their benchmark,” said Rick Ferri, founder of Portfolio Solutions and author of The Power of Passive Investing. “There’s none.”

CoreData is a specialist financial services research and strategy consultancy with offices around the world. The report, which the firm says was not commissioned by anyone but clients can access online, surveyed between 200 and 330 advisors from wirehouse, independent and RIA firms and asked about their market sentiment toward several different asset classes. The firm then measured, over a two-year period, how that sentiment matched up with market returns and fund flows. The figures are net of fees. What they found was that advisor sentiment and returns moved in the same direction 59.7 percent of the time, when looking three quarters into the future. The correlation between sentiment and returns three quarters out, which measures the magnitude between the two variables, was 0.39.

Craig Phillips, principal at CoreData Research, said picking managers in a particular category can be difficult for advisors, but they can add value in predicting macro-economic trends.

“An average investor, they can’t keep track of what’s happening in high-yield bonds in this country,” Phillips said. “So I think advisors can steer the macro, and they can add value through that.”

According to the study, wirehouse advisors were better at predicting future fund returns than independent advisors. For wirehouse advisors, returns moved in the same direction three quarters into the future 65.5 percent of the time, with a correlation of 0.33. Independent advisors had a high matching score of 66.8 percent of the time for returns and advisor sentiment two quarters in the future, but this came with a low correlation of 0.10.

Wirehouse advisors tend to be asset accumulators, with higher account balances than independents, and they tend to add value for their clients based on performance, Phillips said. They also tend to be transactional in nature.

“Performance of funds is a lot more important to a wirehouse advisor than an independent.”

But when you look at one-year returns, advisor sentiment (across channels) become negatively correlated, which could indicate that FAs can only gauge short-term movements in fund returns, the report said.

“There is momentum in mutual funds that lasts about 12 months,” Ferri said. “That’s a widely known phenomenon.”

Wirehouse advisors, in particular, tend to pick the hot funds, he added. But by about 24 months, that momentum is gone.

The data backs that up. In 1997, Mark Carhart, now chief investment officer of Kepos Capital, released a study on the persistence of mutual fund performance. Carhart ranked funds into decile portfolios based on one-year gross return in each calendar year from 1962 to 1992. He found that winners tend to stay winners over the year period, and losers tend to stay losers. However, the top-performing funds vary from year to year, with over 80 percent annual turnover in composition, he said.

Are advisors in general better at picking funds that will outperform in the future, as the CoreData report would suggest?