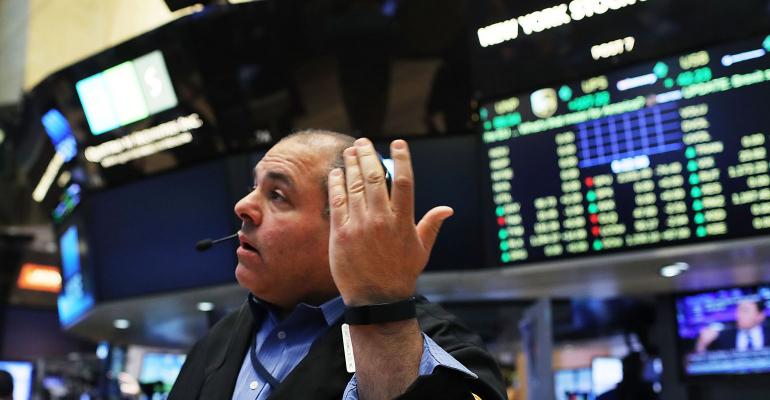 <p>Only about 18 percent of large-cap managers beat the Russell 1000 index through June 30, the lowest win rate since 2003.</p>
Investment>Mutual Funds

(Bloomberg) -- Once-reliable tools for active managers are being sapped of their potency by an aging bull market, sending mutual funds to some of their worst relative returns in history.

So say Bank of America Corp. strategists, who found that stock selection based on normally bullish harbingers like buybacks, takeovers and activist interest didn’t work in the first half of 2016. Too much dependence on such signals worsened an already brutal year for large-cap managers, with only 18 percent beating the Russell 1000 Index through June 30, the research found.

That’s the worst win rate than any year since at least 2003, according to the study. Call it a hazard of investing amid the second longest bull market in history. While tactics like bringing pressure to bear on management and forcing spinoffs were winners in the past, they’re no longer a magic bullet.

Companies with the most share repurchases tracked by Bank of America actually fell 2.3 percent in the first half of the year, compared with a gain of 4.7 percent gain in an equal-weighted version of the S&P 500. That’s the worst relative performance since at least 2011, and the third straight year that buyback-heavy companies have trailed.

Likewise, the more shareholders have meddled in the affairs of U.S. firms, the less it worked. S&P 500 firms with activist shareholders lost 5.3 percentage points more than the broader market last year, according to Bank of America data. It’s a far cry from 2012, when the strategy was good for 52 percentage points of extra return.

The early successes were anomalies, not the rule, according to Jill Hall, an equity strategist at Bank of America. Historically, tactics such as buying companies doing repurchases or facing shareholder pressure rarely post consistently superior returns. In 2011, for example, a Bloomberg-compiled index of spun off companies sank 6.2 percent while the S&P 500 was flat.

After the financial crisis as cheap financing became readily available, deals and cash-return from companies paid off. Take U.S. firms in the Russell 1000 that completed any type of acquisition. They outperformed the index every year 2012 through 2015. This year marks a shift back to the norm, according to Hall, with acquirers underperforming by 0.4 percentage points. Investors are no longer enamored with the tactics to supplant earnings growth.

“In an environment where top-line growth is scare, many companies are relying on what I’d call financial gimmicks to try to shore up earnings per share,” Alan Gayle, a senior strategist at Atlanta-based RidgeWorth Investments, said by phone. “Those ideas can only work for so long, and I think investors are searching for companies that can execute organic growth.”

Subpar returns from spinoffs, buybacks and activism were only part of the reason managers struggled in 2016. Another issue has been a particularly bad year suffered by stocks that are owned by the most funds. Manager favorites have been pummeled: the 10 most crowded stocks lost to the 10 most neglected stocks by 18 percentage points, an usually high spread, data from Bank of America show.

According to the strategists, the best thing you could’ve done in 2016 was concentrate on just a few stocks and have them go up.

The pitfalls of crowded shares is related to the impotence of share buybacks and activist campaigns, said Don Steinbrugge, managing partner of hedge-fund consulting firm Agecroft Partners in Richmond, Virginia. As hedge funds consolidate, only a few large shops are running the game, pouring more money behind the same bets.

“What has compounded the problem is that most of the money has been concentrated in a small number of hedge funds, and then into a small number of positions,” Steinbrugge said by phone. “You have a lot more money chasing the same deals. When they decide to sell, they sell at the same time and it causes the price to plummet.”