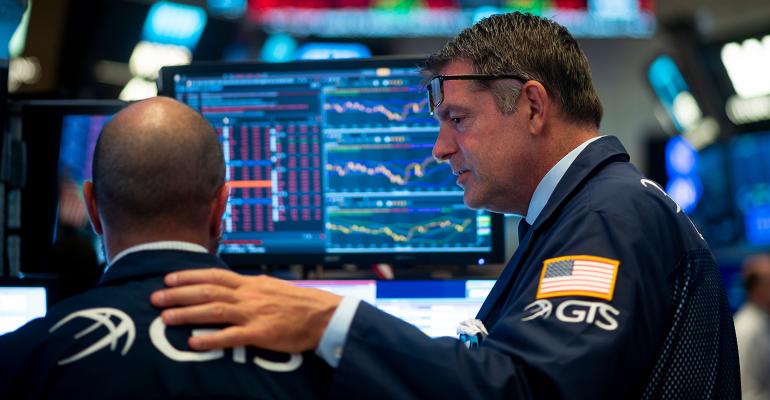 Active Funds Crushed Equity Benchmarks in May Like Never Before

Almost 70% of large-cap funds were ahead of their benchmarks, sporting their best May since 1991.

(Bloomberg) -- Active managers have finally found a market they can beat. One that doesn’t move.

That’s what happened in May, when the S&P 500 barely budged and a historically large number of stock-picking mutual funds posted returns that beat the benchmark. While doing well in a market that is actually going up might be more exciting for their customers, it’s still a welcome win for an industry pilloried for years after failing to keep up with passive indexes.

Almost 70% of large-cap funds were ahead of their benchmarks, sporting their best May since Bank of America Corp. began tracking the data in 1991. As a result, 62% of them have outperformed the market year-to-date. Meantime, strategists at Goldman Sachs Group Inc. said the beat rate of the category is “well above” the long-term average.

The scorecards are likely to spark hopes for a renaissance of active funds after years of money outflows amid the proliferation of passive investing. Still, BofA strategists led by Savita Subramanian have some cautioning words: the current environment for stock picking is “largely mixed.” While stocks increasingly move on their own, creating discernible opportunities, the returns are too similar to strike a big difference.

Using a strategy that buys the biggest winners against biggest losers in the S&P 500 to gauge chances for generating alpha -- or above-market returns -- the strategists found that the return dispersion in the top and bottom quintile sat below the average since the 1980s. That means fewer chances for alpha.

“Correlations remain below the historical average as of May, suggesting a stock picker’s market,” Subramanian wrote in a note to clients. “However, long-short spreads in the S&P 500 sharply fell to the lowest level since February 2020, indicating scarce alpha opportunities.”

Read more: With Tech Oligarchy Shaken, Active Funds Are Having a Great Time

One of the reasons active funds outperformed was a bigger pool of winning stocks in the Russell 1000, where 54% outperformed the benchmark in May, compared with 46% in April, according to BofA.

Another reason is that stock pickers pivoted toward stocks trading at a low multiple relative to book value or earnings -- like banks and oil producers, said Goldman Sachs strategists led by Arjun Menon and David Kostin. Meantime, those funds stayed away from tech heavyweights such as Apple Inc. and Amazon.com Inc. that’s known as the FAAMG, a group that underperformed.

On average, mutual funds have been underweight the FAAMG group since 2016 and currently have near record low levels of exposure, Goldman data show. The stance cost them dearly last year, when internet and software stocks were all the rage during the pandemic. Now as the economy bounces back, companies seen more sensitive to the recovery are taking over the leadership.

“A record high allocation to value as well as overweight allocations to energy, financials, materials and industrials have been tailwinds to performance,” Menon and Kostin wrote in a note last month. “The persistent FAAMG underweight turned from a performance headwind in 2020 to a tailwind.”