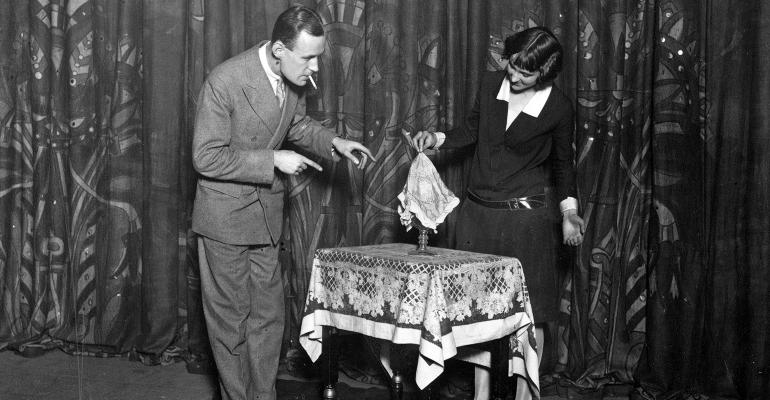 There are five niches that should survive.

(Bloomberg Opinion) --There's a line of argument in the financial press that suggests that active money management is dying, a victim of high fees and underperformance versus low-cost indexing that captures average market returns.

Despite my being mostly in the low-cost, passive camp, I have not been convinced yet by one of my favorite researchers, Jim Bianco, that active asset management is "no longer a viable business model."

Indeed, there are many niches where active managers can prosper.

The history of investing is, by definition, the history of active management, for the simple reason that indexing didn't exist until relatively recently. If we use mutual funds as a proxy, we see that active management was the only investment methodology for almost the entire past century.

I have discussed some of the issues confronting active managers recently. It is reasonable to expect active management to continue to morph into something different from what it is today. The question before us is what active fund management is likely to look like in the future.

A bit of context: The mutual-fund concept traces back to the Netherlands in the late 18th century. In the U.S., pooled investments emerged in the late-19th and early-20 centuries. Massachusetts Investors Trust traces its history back to July 15, 1924, and is still in operation today, managed by MFS. Vanguard Group’s Wellington Fund was founded in 1929. Broad diversification, daily liquidity and professional management were the main attractions for investors.

Two caveats to consider: I presume we will continue to see fees decline and lower costs across the board for investors. Indeed, I have made the claim that active versus passive debate is really a debate over expensive versus cheap.

Consider the following five areas as potentially the future of active-stock management:

My Bloomberg Opinion colleague Justin Fox notes there is an economic role for finance beyond pursuing alpha, or market-beating performance. He quotes Burton Malkiel, author of the classic "A Random Walk Down Wall Street," who notes: “There are lots of services that can be provided that aren’t stock-picking.”

I agree with Fox that the traditional pursuit of alpha has been under assault by low-cost indexers. Indeed, my personal portfolios, just like those of my clients, are mostly invested in inexpensive indexes from Vanguard Group Inc., BlackRock, Dimensional Fund Advisors and Wisdom Tree Investments Inc. However, I am less certain that active managers will not be able to adapt to changing circumstances.

They just might control a little smaller portion of the total assets invested around the world.